Hungerford Properties has sold the 46-acre Icon Business Park in Calgary, which it bought in 2013... 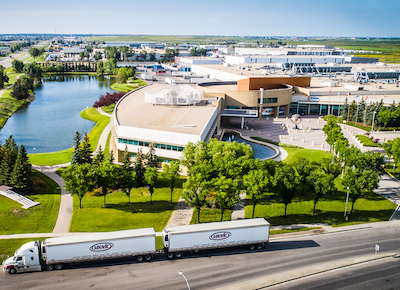 Hungerford Properties has sold the 46-acre Icon Business Park in Calgary, which it bought in 2013 and repositioned from a vacant single-use property to multi-tenant facility that is 98 per cent occupied.

Michael Hungerford, partner in Hungerford Properties, confirmed the sale of the property to RENX late Wednesday. Due to confidentiality articles in the transaction, he did not reveal the buyer of the business park nor the sale price.

The Icon Business Park includes a 762,000-square-foot industrial facility in southeast Calgary that has about 11.5 per cent of its total space reserved for office use.

“Today as I look back, the plan that we had to execute on, we’ve completed. So the time had come for us to hand it off to another owner with a different plan. The value creation that we undertook is complete and that led us to the decision to sell,” said Hungerford.

“I’m reluctant to talk about the particulars of the deal because there’s confidentiality.

“Out of respect for confidentiality with the purchaser, I’m not at liberty to talk about it. It’s a well-respected institutional buyer.”

In a release Thursday morning, Equium Group announced it will be the new property manager of Icon. Calgary-based Equium’s services include property management, development, construction, marketing, leasing and property investment. It specializes in commercial, condominium and residential real estate services.

Equium Group’s portfolio under management is valued in excess of $1.1 billion.

Hungerford Properties bought the site and building from manufacturer Haworth. The building was originally built in 1999 by Calgary entrepreneur Mogans Smed.

The Haworth building was originally put on the Calgary market for sale in the spring of 2010. The Haworth manufacturing facility was listed for sale as the U.S.-based company wound down production in the city.

Although the original list price was not revealed, the property was assessed for $60 million at the time and was being marketed internationally.

Smed International operated in Calgary from 1982 to 2000, at which time the facility was purchased by Haworth.

Haworth, which designs and manufactures office furniture and workspaces, is headquartered in Holland, Mich.

In August 2009, the manufacturer announced it was cutting about 600 jobs in Calgary as it was consolidating its Calgary manufacturing operations to west Michigan. 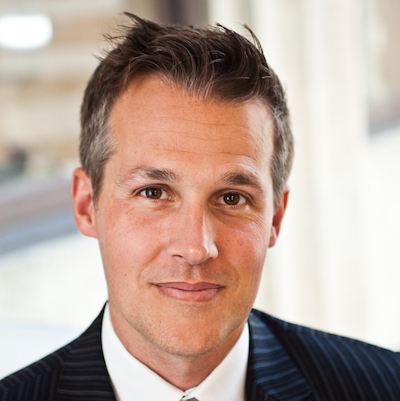 “The plan was to buy the property, invest in it and reposition it and bring in business. Stabilize it with good long-term tenants,” said Hungerford. “As we looked at where we sit now, we achieved all that and we said it makes sense for another, in this case, institution to take ownership of it.

“Our vision was to transform this underutilized industrial space in Calgary into a bustling industrial park and we are thrilled to see this vision come of life.”

Today, Icon has national and international tenants including:

* and The Data Group, one of Alberta’s largest single graphics communications companies.

That tenancy brought the building to 98 per cent occupancy and represented one of the top-10 suburban relocation deals in the Calgary office market since 2015, according to Colliers International.

“Hungerford brought their expertise, creativity, commitment and vision to Icon and as a result, it has performed well,” said Paul Marsden, executive VP and partner at Colliers.

“Icon is a quality asset in a great location and, in addition to providing quality service to its tenants, Hungerford has brought new life to the area through these additional businesses, their employees and clients.”

Hungerford said the company sees Calgary as an attractive centre for a diversified portfolio as part of its Canadian strategy – particularly its industrial strategy.

“That’s what we’ve certainly invested in, in the Calgary market. We continue to hold that view,” he told RENX.

“So, while we might be a seller at this particular asset, we’re also a buyer in others and have bought and have been active buying in the last couple of years in Calgary. It’s a long-term view in the market.

“As we look ahead, we like the regional story of Calgary industrial and the value for tenants in the market. We expect to be participating in the industrial market going forward.”

Beside the Icon Business Park, the company currently is completing construction of the Icon Retail Centre which has about half of its space committed to leases. Construction will be complete in 2021.

The Icon Retail Centre includes two strip buildings on four acres of land comprising about 14,000 square feet. It is anchored by a Petro-Canada gas station.