InterRent REIT (IIP-UN-T) is issuing $100 million in new stock and intends to make two major purchases with the bulk of the proceeds; a parcel of development land for a mixed-use project in the Greater Toronto Area, and two income-producing properties in Montreal. 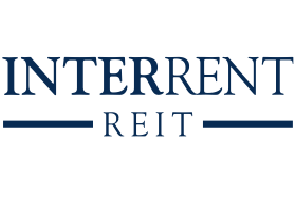 In the GTA, InterRent has conditionally agreed to acquire a 6.3-acre parcel of land for $42 million. Additionally, it is negotiating to acquire adjacent parcels of land, which if successful, would provide the REIT with an interest in a strategic land assembly totalling 8.9 acres.

It has not disclosed the location, but InterRent says the site is close to a major GO Transit Station.

InterRent says it is negotiating a joint venture with other partners to develop a large-scale, multi-use property with a significant residential rental component. No other details were immediately available.

The Montreal purchase includes two properties in the downtown core totalling 215 suites which it would acquire for $44 million. They were sourced on an off-market basis. InterRent will enhance the properties through its active asset repositioning program.

“These acquisitions are expected to enhance the REIT’s portfolio,” said InterRent CEO Mike McGahan in a release. “The equity offering is expected to further strengthen InterRent’s balance sheet and position the REIT to continue to pursue new acquisition opportunities as well as move forward with some of the development opportunities that we have before us.”

Additional proceeds from the offering would be used for working capital and to reduce debt, InterRent says.

The offering is anticipated to close around Aug. 9, and is subject to regulatory approvals including approval of the Toronto Stock Exchange.

Under McGahan, who has been CEO since 2009, Ottawa-based InterRent has been continually repositioning and expanding its portfolio, development pipeline and engaging in increasingly larger initiatives. That activity has continued during the past year.

During the first quarter of 2018, the trust purchased properties containing 298 units as well as 0.7 acres of future development land, in Montreal, Hamilton and Ottawa for $75.8 million. All three cities are considered target markets by InterRent.

During 2017, InterRent acquired more than 600 multi-residential units in several buildings in Hamilton and Montreal.

Including those acquisitions, InterRent owned 8,959 units as of March 31, an eight per cent year-over-year increase in its portfolio. The occupancy rate was 96.7 per cent, and during the previous 12 months it had grown rents to an average of $1,117 per unit, an increase of 5.3 per cent.

InterRent also entered a joint venture with Trinity Developments and PBC Real Estate Advisors for a major multi-use development in downtown Ottawa at what will be the junction of the city’s two LRT lines. The 900 Albert St. site has city approval for three towers containing up to 1,000 residential units as well as retail and office space.

InterRent also reduced its debt-to-gross-book-value ratio from 50.7 to 44.4 per cent. This latest issue and transactions will further reduce the debt-to-GBV ratio to about 42 per cent, InterRent says.

Finally, InterRent also completed the internalization of its property management functions in February.