Montreal-based real estate giant Ivanhoé Cambridge is preparing to put more of its eggs in the re... 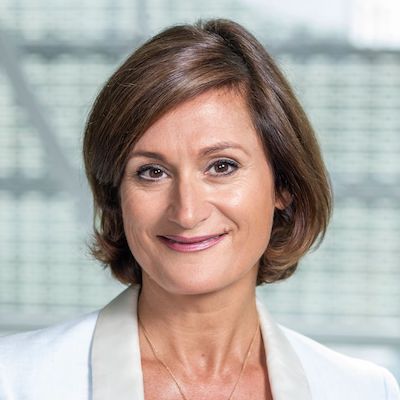 Montreal-based real estate giant Ivanhoé Cambridge is preparing to put more of its eggs in the residential and industrial-logistics baskets and less in shopping centres and office buildings in coming years says Nathalie Palladitcheff, its president and CEO.

Speaking Sept. 10 at an online Chamber of Commerce of Metropolitan Montreal conference discussing real estate trends, Palladitcheff said Ivanhoé Cambridge’s future includes fewer shopping centres “because we have a lot,” and fewer traditional offices “because there is an obsolescence factor that will accelerate.”

However, the logistics and industrial sectors, in which Ivanhoé Cambridge has become very involved in the past three years, now represent $10 billion of Ivanhoe’s $64-billion portfolio, she said.

In February, for example, Ivanhoé Cambridge acquired a 4.62 million square foot logistics portfolio from The Carlyle Group; one of the largest transactions in recent years in France’s logistics real estate market.

Palladitcheff added there is no area in the world in which residential real estate is not in demand. That is why the real estate subsidiary of the Caisse de dépôt et placement du Québec institutional fund manager has begun investing in mobile homes in the U.S.

Mobile homes “may appear far from Place Ville Marie (PVM),” she said of Ivanhoé Cambridge’s major Montreal office building holding. But “we concluded that they meet a real demand and are an asset class that’s doing very well right now.”

In another move to expand its residential holdings, Ivanhoé Cambridge recently signed a partnership in Europe for student residences, she added.

Residential real estate “is a sustainable asset class that will always be very important in our lives.”

Shopping centres are an original asset class of Ivanhoé Cambridge, from its origin as part of the former Steinberg grocery store chain. “That’s why we have a lot of them. In relation to the size of our portfolio we have too many.”

While “we can’t imagine a world without shopping centres,” the properties Ivanhoé Cambridge keeps will be “more aligned with current needs.”

“Buyers want to have the possibility to buy online, choose online and find it in store or go to a store, choose and buy online,” she said. “What’s important is to find the right balance.”

That’s why, she said, Ivanhoé Cambridge partnered recently with Lightspeed to help retail tenants who were not equipped for e-commerce. The deal gives small and medium-size retailers one year of free access to the Lightspeed Retail cloud-based program and Lightspeed Retail Point of Sale systems.

She noted that during the coronavirus pandemic, Ivanhoe signed a major lease with New York-based AI data analytics company Behavox. The company plans to create a 400-person office space at Maison Manuvie.

“This proves these investments make sense, and even in this period of doubt or questions, are finding their customers because they are good assets.”

Palladitcheff said the company has begun experimenting with procedures to get workers back into its downtown Montreal office buildings. It will start a second phase next week as part of the Quebec and municipal governments’ goal to achieve 25 per cent employee occupancy in downtown Montreal.

With health in office buildings a growing concern, Palladitcheff said the Texas Tower Ivanhoé Cambridge is building in Houston in partnership with real estate firm Hines, “will probably serve as a reference tower in terms of quality of material and air transmission and will be duplicated in other buildings.”

The 47-storey, 1 million square foot tower will include tenant gardens and an underfloor HVAC system that will put comfort choices in the hands of occupants.

When the project was launched a few years ago, “we thought we were extremely avant-garde and now time has caught up with us.”

Transportation has also become a major factor in the choice of downtown development sites, she said, noting Ivanhoé Cambridge’s CIBC Square in Toronto is being built next to Union Station.

The office tower will become more of a social link and much less functional, which is practically the opposite of the way things used to be.

“Before, we went to the office out of obligation.” Now, going there will be a way to escape constraints at home, Palladitcheff said.

Fournier to retire, Palladitcheff to be CEO at Ivanhoé Cambridge

RENX Staff Commercial Market Reports National Sep. 10 2020
D
Danny Kucharsky Business reporter
Danny is a multiple award-winning journalist based in Montreal, who has written for about 75 magazines and newspapers in Canada and the U.S. His credits include The Globe and Mail, Montreal Gazette, Maclean's, Chicago Tribune and a wide variety of business, specialized trade and medical magazines. Danny was also the Montreal correspondent for Marketing Magazine for several years.