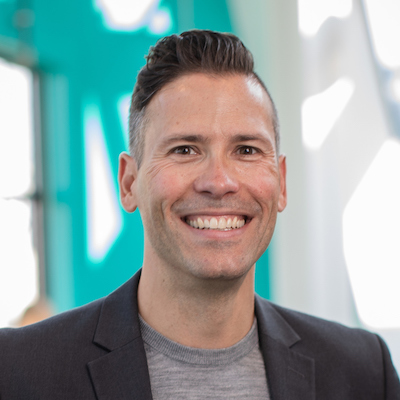 Wayne Berger is the IWG CEO for The Americas. (Courtesy IWG)

The past year has seen flexible office space provider IWG face very serious challenges, leading to shifts in its operations and strategies. But its management remains optimistic about what’s to come post-COVID-19.

Wayne Berger, IWG’s chief executive officer of the Americas, said 50 per cent of global office workers were working somewhere other than a traditional corporate headquarters for at least half the work week prior to the pandemic. Questions remain about how the home/office mix will shake down post-pandemic, but Berger believes it has hastened acceptance of work-from-anywhere models.

“People and companies have recognized that they can work incredibly productively and achieve their objectives without having to travel to a company’s main traditional headquarters,” Berger told RENX in a recent interview.

“They also have more control over their daily schedule and less time spent in traffic or on public transit.”

IWG is attempting to accommodate hybrid work formats via a “hub-and-spoke” model which allows employees to work from home, a traditional corporate office or a flexible co-working location closer to their home.

“The ability for people to be able to work close to home and travel to a well-designed and productive workplace that gives them a whole suite of digital and physical solutions and amenities in order to accomplish all of their job tasks and all of their meeting needs every single day is becoming an incredible benefit,” said Berger.

“We’ve seen a significant acceleration of demand in our suburban locations and in secondary and tertiary markets.”

Major-market downtown locations in high-rise office towers, where long elevator rides are needed to access workspaces, have been challenged due to people being wary while COVID-19 is still spreading.

So, IWG is looking for more suburban sites but is struggling to keep up with demand.

IWG and the pandemic

IWG is a Switzerland-headquartered multinational provider of serviced offices, co-working spaces, business lounges, virtual offices, meeting rooms and video teleconference services. It has more than 10,000 employees at 3,500 locations in more than 110 countries.

IWG’s dominant brands in Canada are Regus and Spaces. Regus operates more than 120 locations in more than 50 cities. Sixteen Spaces locations are open in Toronto, Vancouver, Montreal, Ottawa, Gatineau, Victoria, Surrey and Kelowna, and more are on the way.

IWG says it has kept its locations open during the pandemic because they support some essential services companies and are used as drop-off points for some companies’ business mail. Berger said they’ve adopted all appropriate physical distancing measures — as well as health, safety, cleaning and disinfection protocols.

There’s also been a shift to smaller, more private and self-contained workspaces to make users feel more at ease.

As the company emerges from a year of financial upheaval across its international operations, Berger said it is working with building owners and managers to try to incorporate more flex space into their portfolios. It’s also looking to grow its network by accelerating its franchise program.

Franchisees have the opportunity to invest early in the life cycle of flexible working spaces, which Berger believes have great growth potential. He said all flex office space operators combined account for just 1.6 per cent of the commercial real estate in Canada and he believes that number could reach 30 per cent by 2030.

“The franchise element is a significant pivot for us so we can grow the network and continue to service our clients’ needs in new markets, but also be able to manage capital effectively and give franchise operators the opportunity to see significant gains in their capital investment,” said Berger.

Berger said there are a number of potential partners interested in a franchising relationship with IWG in Canada and the company recently signed its first two franchise agreements in the U.S.

“It takes a tremendous amount of scale to operate flex space effectively on a day-to-day basis, so they’re looking at a partnership with IWG while recognizing our global infrastructure and technologies, and all of our services and the fact that we have the world’s largest network of flex space locations that are driven and powered by different brands, which provides different investment levels.”

The firm is also focused on providing flex options for large multinationals.

IWG signed a one-year trial deal in January with London, U.K.-headquartered Standard Chartered — a multinational banking and financial services company with operations in consumer, corporate and institutional banking, as well as treasury services.

Standard Chartered has established a work-from-anywhere policy for its employees, so they can work in any IWG location worldwide, taking advantage of the services they provide.

Japan-based Nippon Telegraph and Telephone followed suit in March for its 300,000 global employees and Berger said IWG is discussing similar arrangements with other companies.

Berger added companies such as Salesforce, Spotify and Siemens have also recently adopted flexible policies that allow employees to work from anywhere. He’s optimistic IWG can take advantage of similar policies as more firms adopt these types of work models.

“Those locations are in very specifically selected urban neighbourhoods that have a high density of workers and residents,” said Berger. “They’re all located on transit lines, so the accessibility is very strong. They also have very high walkability and bike indexes and are surrounded by local cafes and restaurants.”

Spaces will have a prominent presence in the National Capital Region’s 34-acre Zibi mixed-use community which will be home to more than 5,000 residents and more than 6,000 jobs upon completion. The Gatineau location is open and the Ottawa site is scheduled to open in May.

Spaces City Link in Vancouver is slated to launch in July, as is The Permanent in Toronto. They’ll be followed by two more Toronto Spaces locations: The Well in December 2022; and The Shift in January 2023.

Danny Kucharsky Commercial Leasing Greater Montreal Mar. 9 2021
Steve McLean Business reporter
Steve is a veteran writer, reporter, editor and communications specialist whose work has appeared in a wide variety of print and online outlets. He’s the author of the book Hot Canadian Bands and has taught reporting to college students. He is based in Toronto.