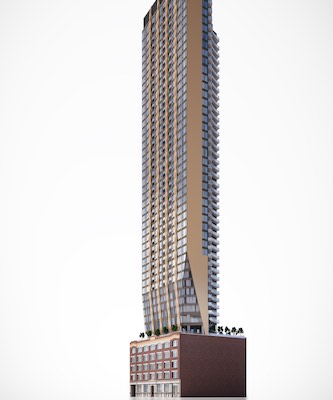 Natasha The Residences will be the latest Toronto condo offering from Lanterra Developments. (Courtesy Lanterra)

Lanterra Developments will launch sales of a 47-storey, 436-unit downtown Toronto condominium, Natasha The Residences, in September as it keeps up a steady pace of developments in the city.

“I prefer towers that are in that 40- to 50-storey range,” Lanterra chief operating officer Christopher Wein told RENX. “You can build them relatively efficiently as opposed to the super-tall towers, which tend to take an awfully long time.

“We also like a unit count in the 450 range so you end up with the type of community that we think is a real sweet spot for condos in Toronto. It’s big enough to have some really impressive amenities and common areas that we can share amongst the aggregate of residents, but it’s not so big like some mega-tall towers where you’re getting north of 1,000 units.

“That’s an awful lot of density within one building. You start to feel like you have too many neighbours and it’s hard to build a community around 1,000 families, whereas 400 is a really nice amount.”

The site at 263 Adelaide St. W., at the southeast corner of John Street, was marketed by BMO Capital Markets on behalf of its owner. Wein said he started the “relatively complex negotiation” in early 2019 and the company closed on the $69-million acquisition in November 2020.

“There were some almost receivership-type of issues, so I had to go through a court process and the entire transaction had to be approved by the courts.”

The neighbourhood and the building

While the neighbourhood surrounding Natasha The Residences is known as an entertainment and culture destination, with Four Seasons Centre for the Performing Arts, TIFF Bell Lightbox, Princess of Wales Theatre and more being located nearby, it’s also becoming more of a business area.

The Well’s offices and the new Thomson Reuters headquarters are under construction not too far away.

“We love that area of the city,” said Wein. “We believe it’s a perfect juxtaposition of commerce, culture, entertainment and recreation.”

Natasha The Residences will maintain the original heritage façade of the Purman building, which was erected in 1915, as its base five floors.

Units will range from 370-square-foot studios to three-bedroom suites of more than 1,200 square feet. Purchasers who want more space can combine units.

“We don’t really build penthouses any more in the Toronto market,” said Wein. “We find that if someone wants a unit north of 1,500 square feet that it’s best to let them combine units and customize them to what they want.”

Natasha The Residences’ amenities will include: a sky lobby on the sixth floor with a 24-hour concierge; a fitness centre; a media content studio equipped for film, photo, audio and social media production; a spa with an infrared sauna; outdoor entertainment spaces, including a pizza kitchen and Korean-inspired barbecue tables; a social lounge that doubles as a launderette; co-working spaces; a concert piano room; a children’s play area; and a pet spa.

Neither pricing nor condo fees have been disclosed. Wein hopes to start construction during the summer of 2022, with occupancy taking place in late 2026.

Natasha The Residences is inspired by NKPR founder Natasha Koifman, who opened her public relations and communications firm near the site almost 20 years ago and is still located in the neighbourhood.

Lanterra is a longtime NKPR client and it based the building’s design and persona around its founder, who has been involved with hotel, restaurant and other clients nearby. 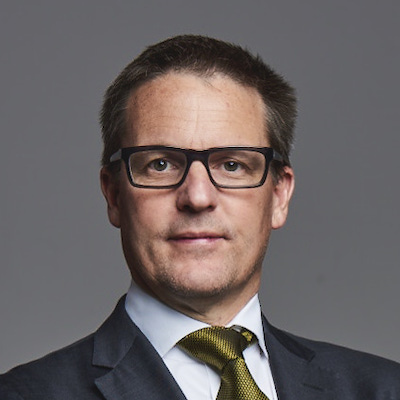 “She’s a strong female entrepreneur who has created quite a substantial and successful business,” said Wein. “We know the entertainment district appeals to young and upwardly mobile entrepreneurs and tech people, and people in the service and hospitality industries.

“A lot of people would aspire to be as successful as Natasha and have Natasha’s lifestyle.”

BDP Quadrangle is the project’s architect, while Alessandro Munge of Studio Munge incorporated elements of Koifman’s fashion sense — heavy on black, white and bold primary colours — into the interior spaces.

Koifman will act as a spokesperson and be involved with marketing Natasha The Residences.

The project maintains a steady stream of significant developments by Lanterra.

All 740 residential units at the KPMB Architects and IBI Group-designed 11 Wellesley are occupied and efforts are being made to close the commercial component, Yonge & Wellesley Offices On The Park, which has retail on the first floor and 46,074 square feet of office condos on the second and third floors.

About 20 per cent of the office condo units are still available and being marketed by CBRE. Occupancy began this month in some units that have sold. The retail space is fully leased and includes a virtual entertainment facility.

The 1.6-acre, L-shaped Dr. Lillian McGregor Park, which is part of the development, should be completed by the end of September.

All 832 suites at the 52- and 25-storey architectsAlliance-designed, Asian-inspired TeaHouse Condominiums at 501 Yonge St. are sold. The north tower is fully occupied and the south tower will be by the end of October. Leasing has begun for a small retail component at the project.

The Hariri Pontarini Architects-designed Artists’ Alley at 234 Simcoe St. is a master-planned, mixed-use community with 39-, 36- and 17-storey residential buildings with more than 1,000 units, plus office and retail space. Fewer than 40 units remain unsold, primarily larger suites that were held back but are now on the market.

The podium is being formed and Wein said construction is ahead of schedule. He expects Artists’ Alley to be sold out by the end of the year.

The 32- and 16-storey towers at the Hariri Pontarini Architects-designed Rodeo Drive Condominiums at CF Shops at Don Mills are currently rising above the podium. Fewer than 50 of the buildings’ combined 633 units remain unsold. Wein anticipates occupancy starting in a year-and-a-half.

The IBI Group-designed Notting Hill Condominiums is a master-planned community featuring four residential buildings with 1,320 suites at 4000 Eglinton Ave. W. near Royal York Road. Approximately two-thirds of the units are sold and construction is expected to start in the next few months.

“We have enough sales for financing and construction and so on, but that still leaves a few hundred units in inventory so we’re going to continue to do new releases at Notting Hill throughout the fall and all of next year,” said Wein.

The 41-storey, Foster + Partners-designed 50 Scollard in Yorkville features just 77 suites. Excavation for the four underground levels is underway and Wein expects a tower crane to go up in October.

About 70 per cent of the units are sold. Sales will continue through the construction process because there are some very large units that will likely act as replacements for people’s homes in the nearby affluent Forest Hill and Rosedale neighbourhoods.

Wein said sales for the 428-unit, Arquitectonica and IBI Group-designed 31 Parliament Condominiums have been “robust” and sufficient to start construction. Demolition of an existing building on the site just south of the Distillery District is slated to start in early December and construction of the new building should begin in Q1 2022.

Soil remediation work has begun and official construction should start on the nine-storey, 113-suite Glenhill Condominiums, near Bathurst Street and Glencairn Avenue, this fall. Some units exceed 3,000 square feet and Wein expects sales to be active through the construction period.

“There’s a really solid market for large family-style units and multi-generational units,” he said. “When you’re doing large units that are replacing homes, people tend to buy through the construction process. It’s a little different than the condos downtown.”

Lanterra is working with City of Toronto officials in site planning for the Hariri Pontarini-designed Spirits Condominiums at CF Shops at Don Mills. Wein said it won’t likely come to market until later next year.

“We’re a Toronto-focused, high-density, mixed-use developer and we’re not venturing outside of Toronto,” said Wein, who noted the firm has a land bank which could accommodate projects for the next decade.

Steve McLean Residential Development National Apr. 20 2021
Steve McLean Business reporter
Steve is a veteran writer, reporter, editor and communications specialist whose work has appeared in a wide variety of print and online outlets. He’s the author of the book Hot Canadian Bands and has taught reporting to college students. He is based in Toronto.