The fact Canada isn’t yet manufacturing a COVID-19 vaccine is a prime example of why it needs mor... 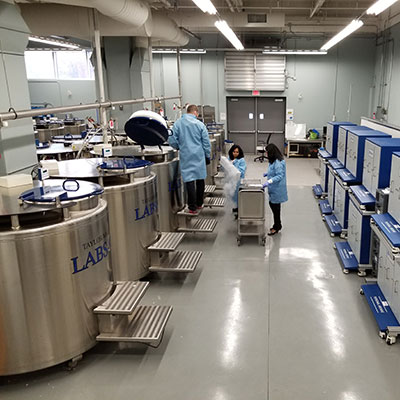 The fact Canada isn’t yet manufacturing a COVID-19 vaccine is a prime example of why it needs more life sciences facilities, so emerging companies and talented workers don’t look elsewhere to expand and work in the field.

“The biotech industry was already seeing a flow of capital prior to the pandemic,” CBRE associate vice-president Dan Lacey told RENX, adding the demand has increased since the onslaught of COVID-19 in Canada.

Real estate investors and large landlords are showing interest in lab space in Canada’s life sciences hubs of Montreal, Toronto and Vancouver, but a lack of space and conservative real estate investment philosophies are holding the sector back.

“As a result, we’ve seen a history of companies growing here in Canada and bright ideas coming out of our universities and hospitals, which is where all of the existing lab space really is,” said Lacey. “They come up with their proof of concept and get their money from VCs (venture capital firms), and then the only way they can grow is by going elsewhere.

“There’s a long and disappointing list of Canadian companies that have made their way down to Cambridge or San Francisco. Those companies leave the country with their bag of money and three people and grow to 50 or 100 in those other markets.”

Reticence about entering the market

Lab space in Canada has historically been concentrated in universities and hospitals, where it has been at capacity for years.

Meanwhile, Canada’s commercial real estate industry has enjoyed a long run of success without delving deeply into life sciences facilities, so most developers haven’t seen a need to dip their toes into the sector — let alone fully embrace it.

Part of the challenge for risk-averse landlords and investors is that they aren’t familiar with lab operations, which require considerable up-front costs to build or retrofit. These costs often need to be amortized over a longer period, so building owners might not receive an immediate return with their first tenants.

Lacey said there has been an evolution in life sciences research and development, where large pharmaceutical companies let smaller firms do the initial legwork and then purchase them. However, these smaller companies are having difficulty finding adequate spaces.

Many startup life sciences companies have conditional venture capital funding which can’t be applied to the build-out of leased premises, according to Lacey. These young firms also generally don’t have great covenants or balance sheets, making it more difficult to access traditional financing.

Toronto is the third-largest office market in North America and the epicentre of the “Ontario Life Sciences Corridor,” which is anchored by the downtown MaRS Discovery District, “Pill Hill” in Mississauga and McMaster Innovation Park (MIP) in Hamilton. 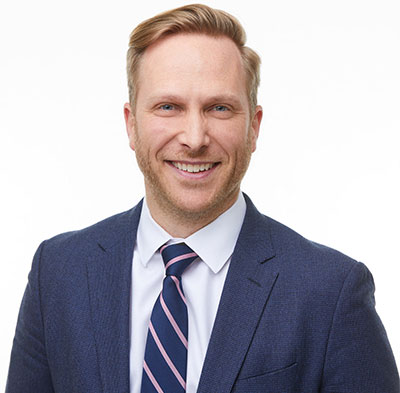 The corridor contains the largest life sciences community in Canada and one of the largest clusters of biotech, medtech, health tech and life sciences companies in North America. Downtown Toronto, however, has a major supply challenge and there are no new labs being built in the core.

“In the Greater Toronto Area, you get one-offs here and there where a company will build its own facility,” said Lacey, “but they’re not putting space on the market.”

Sanofi Pasteur, for instance, has its own purpose-built facilities on Steeles Avenue West in North York.

“Toronto doesn’t need a million square feet of life sciences space today,” said Lacey. “What it needs is one project of maybe 300,000 square feet, leasing it up, and then moving on to the next building.”

Mississauga has pharmaceutical companies and a University of Toronto campus, but less research and development takes place there than at the downtown campus.

Hamilton and the MIP

Lacey said Hamilton’s hospital network is the second-largest in Canada next to Toronto. It also has McMaster University and Mohawk College, creating “a perfect environment for these types of opportunities to grow.”

MIP is the only development in the region building lab space for tenants who can build out their own space, as well as turnkey labs built to tenant specs.

Lacey said there are three buildings going up now with a combined space of approximately 800,000 square feet. One is a retrofit of the former Hamilton Spectator newspaper building at 44 Frid St., which should be completed in the summer of 2022.

The two other new buildings in MIP are expected to be ready in late 2022 or early 2023. Two of their tenants are CCRM, a global, public-private partnership headquartered in Toronto, and law firm Gowling WLG.

CCRM and MIP are partnering in the development of a bio-manufacturing campus focused on regenerative medicine-based technologies and cell and gene therapies.

“Gowling is an office deal for roughly two floors of one of the buildings, but we are planning on having life sciences capabilities on the other floors so we can have lab uses,” said Lacey.

CBRE has signed a few smaller lease deals, ranging from approximately 5,000 to 17,000 square feet, and Lacey said there’s plenty of interest from other potential tenants.

Lacey said the MIP team is attempting to make governments understand that “lab space in this country is infrastructure and not just commercial real estate. We’re realizing that we are vulnerable because we’re sitting here waiting for everyone else to manufacture vaccines for Canada because we don’t have the capabilities here.”

Montreal has five research and development hubs with more than 650 companies employing 56,000. These help form the second-largest life sciences cluster in Canada and the sixth-largest in North America.

Eleven higher education institutions produce more than 10,000 bilingual graduates in health-related programs each year. This human capital is complemented by some of the lowest operating costs on the continent, which continue to attract companies in pharma, biotech, medtech, artificial intelligence and digital health.

Montreal is the nation’s leading hub for competitive commercial lab space and a handful of purpose-built labs are being developed. Some are in older office and industrial spaces which are being converted. Nevertheless, the city’s life sciences sector remains severely under-supplied.

The facility is undergoing $125 million in upgrades that are expected to be completed in July.

CBRE vice-president Jeremy Kenemy is working on facilitating joint ventures between real estate owners and lab operators. He recently closed a deal for 20,000 square feet of new lab space, and a 40,000-square-foot lab deal he did in 2019 was one of the largest that year.

There’s a new 400,000-square-foot lab building in the works and Pasadena, Calif.-based Alexandria Real Estate Equities has taken office space in Laval which is being converted into a lab complex.

Vancouver is home to some of Canada’s largest companies in bio-pharmaceuticals, medical technology, medical devices and digital health, including Stemcell Technologies, AbCellera and Zymeworks.

British Columbia has 50 top research centres and universities, as well as an established collaborative network for research.

Demand has soared from landlords and investors looking into biotech space. Employment in the sector increased by 5.6 per cent to 17,300 jobs between 2017 and 2018.

AbCellera will occupy two buildings totalling approximately 330,000 square feet of space to fulfill its own requirements on a site located between the new St. Paul’s Hospital development and Vancouver General Hospital. Aside from that, however, the city’s life sciences market is at capacity.

The federal government is investing $25.1 million to help Precision NanoSystems build a biomanufacturing centre to produce vaccines and therapeutics for the prevention and treatment of infectious and rare diseases, as well as cancer.

It’s forecast to have the capability to manufacture 240 million vaccine doses starting in March 2023.

Work on a facility at the University of Saskatchewan‘s Vaccine and Infectious Disease Organization in Saskatoon, capable of manufacturing 40 million doses of COVID-19 vaccine annually, is to be complete by early 2022.

While Kitchener-Waterloo is a technology hub, the University of Waterloo and Wilfrid Laurier University don’t have medical schools or a major life sciences focus. The market does, however, have small business incubators.

Five to 10 years ago, Lacey said one out of 10 companies working with those incubators was involved with life sciences. That ratio is now four out of 10.

“The incubators there didn’t build out their facilities with lab space taking up half the premises,” said Lacey. “They’d have little pockets of lab space that are all full because they have more companies that are coming up that are needing that type of space.”

Steve McLean Residential Investors National Jan. 19 2021
Steve McLean Business reporter
Steve is a veteran writer, reporter, editor and communications specialist whose work has appeared in a wide variety of print and online outlets. He’s the author of the book Hot Canadian Bands and has taught reporting to college students. He is based in Toronto.