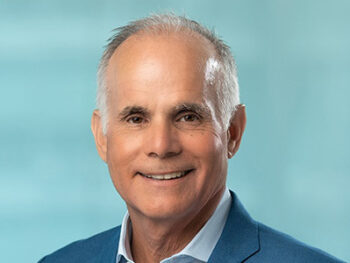 While some Canadian cities like Calgary struggled to keep rising office vacancy rates at bay, many Vancouver submarkets remained relatively unscathed and, in some cases, experienced upticks in interest and activity, such as Vancouver’s Mount Pleasant.

The submarket proved resilient during these uncertain and challenging economic conditions as it out-performed Downtown Vancouver, a consistent holder of North America’s lowest office vacancy rates..

Often regarded as Vancouver’s melting pot of creativity and innovation, the community’s mural-lined streets are home to countless budding and thriving tech, healthcare and lifestyle companies such as AbCellera, Hootsuite, and Saje Wellness.

Along with emerging locally owned boutiques, restaurants and microbreweries, the area has welcomed a new Emily Carr University of Art + Design campus, Canada’s leading arts university, and will also soon be home to the anticipated St. Paul’s Hospital.

On pace to be a top workplace destination for B.C., many past and present factors contribute to the rise of Mount Pleasant as it continues to skyrocket even further.

To understand Mount Pleasant’s success, you must look at the neighbourhood’s past. Traditionally, in the 1980s, the area was occupied by industrial users such as repair shops, wholesalers and manufacturers.

When development in Olympic Village began in the early 2000s, a real estate boom occurred. New “white-collar” businesses started looking for modern and affordable spaces, such as tech and animation companies.

In 2013, several strata and large-scale commercial developments emerged when the City of Vancouver (CoV) rezoned most of the submarket to I-1 (light industrial) to increase permitted office and commercial uses.

In 2014, the CoV approved the Broadway subway project, a 5.7-kilometre rapid transit system extending the Millennium Line, which will connect Mount Pleasant and Kitsilano to all parts of Metro Vancouver by 2025.

The additional transit routes will maximize the impact of connectivity. This infrastructure means we will see new housing, amenities and places of business emerge, which will allow for new companies, more jobs and opportunities for young people looking to enter the market.

At first glance, Vancouver’s tightest office submarket appears to be Downtown Vancouver; however, after diving deeper into statistical data, it can be argued that this elusive title goes to Mount Pleasant.

In our most recent quarterly report, we compared office and industrial stats in markets across Canada and found Downtown Vancouver experienced the lowest office vacancy in North America at 6.6 per cent, while Metro Vancouver industrial availability was the second-lowest at 1.1 per cent.

However, when we analyzed the office vacancy rates for the two submarkets over the past year and a half, the data told a more compelling story.

Scarce supply coupled with record-low vacancy rates forced companies to look at the future construction pipeline as they searched to occupy a significant amount of space not made available by existing inventory.

This frequent trend led to two significant transactions in the Vancouver office market during the pandemic.

Best Buy recently announced a plan to relocate its headquarters from South Burnaby to 425 West 6th Ave., by Cressey Development Group, the most significant shell office deal in 2021 to date. In addition, AbCellera announced its plan to build a biotech campus at 110-150 West 4th Ave, taking up an entire city block.

The upcoming Broadway Subway Project and pending Broadway Plan has caused a significant spike in interest and activity in the neighbourhood. Numerous commercial developments are underway, with more in the pipeline.

Classified by I-1 zoning with a 3.0 floor space ratio, many of the developments in this submarket will mirror a similar building structure; the ground floor will provide light industrial, featuring a retail component or storefront with manufacturing and production facilities, with three stories of office space above.

Formwerks, the revered builder of this project, has made preliminary plans to build and occupy a portion of the space and sell the additional square footage to smaller investors such as local business owners, entrepreneurs, and doctors.

With ownership opportunities on the rise in Mount Pleasant, business owners are recognizing this newfound ability to build equity over time in place of rent payments in a flourishing area.

Other large-scale developers and corporations have also taken an interest in this submarket. PCI Developments and HOOPP recently acquired a 1.66-acre site at 5 West 4th Ave. in Mount Pleasant during the pandemic.

With room for companies of all sizes and industries, Mount Pleasant is poised to lead as Canada’s most resilient market through the pandemic and is on pace to be Vancouver’s top workplace destination.

Ed Ferreira is the Senior VP, Industrial Properties Team, with CBRE in Vancouver.

Ed Ferreira has over 36 years of experience in the commercial real estate industry. As Senior Vice President of CBRE’s Inter-Urban Industrial and Office team, Ed’s energy and focus in…

Ed Ferreira has over 36 years of experience in the commercial real estate industry. As Senior Vice President of CBRE’s Inter-Urban Industrial and Office team, Ed’s energy and focus in…