The prospects for large-bay, multi-storey industrial in Canada 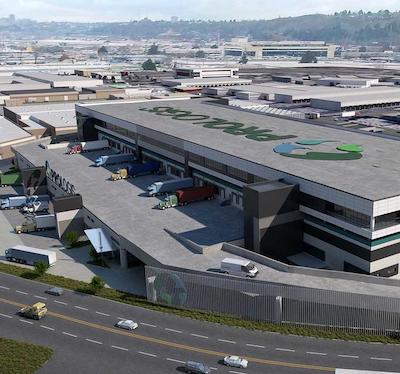 Prologis (PLD-N) completed North America’s first multi-storey large-bay distribution centre in Seattle late last year. North of the border, it appears Vancouver might be the first Canadian city to host such a facility.

“What we haven’t seen yet is the multi-storey large-bay distribution centres, like Prologis’ facility in Seattle, which are a different proposition. The reason why we haven’t seen this type of proposition yet for Vancouver really comes down to the economics — namely, whether the increased construction costs can be adequately compensated by the additional rental area and a high enough lease rate.

“With the current state of the Vancouver industrial market, as well as increasing pressures from e-commerce businesses and the rise of next-day and same-day delivery, we believe that we’re approaching that point in time where the cost makes sense.”

Chard Development, Wall Financial and Conwest Group of Companies have also completed or are completing mixed-use, multi-storey projects in Greater Vancouver. There’s talk others will be announced during the next few months.

“In the immediate term, we expect to see further development of stacked industrial strata projects, similar to those already planned and underway in Metro Vancouver,” Rojek told RENX. “These will offer multiple floors of industrial strata space suitable for small to medium-sized light industrial users.

“In addition, we expect further interest in residential/industrial mixed-use developments such as Wall Financial’s The Workspaces at Strathcona (Village). This type of mixed-use development has the added benefit of lessening the number of people commuting to work over long distances.”

All of the residential units are sold and just two of the industrial-retail flex units and one office unit remain available for purchase.

“We will likely see one or two projects in the next few years, and the success or failure of these will go a long way to deciding if we’ll see more large-bay industrial developments in coming years,” Colliers vice-president Pat Phillips told RENX.

“The small- and medium-bay developments are much more proven and will almost surely continue.”

Increased costs and other barriers

Research by planning, architecture and civil engineering firm Ware Malcomb has shown it costs three times as much to design and build a multi-storey industrial building, from which you receive just twice as much leasable space (if it’s two storeys).

These increased costs are attributable to factors such as:

* and losing valuable land to ramps and extra parking.

The main barriers to building these types of facilities in Greater Vancouver have included: finding an affordable site with suitable scale and soil; a small tenant pool; challenging government policies; and construction costs among the highest in North America.

“The Greater Vancouver area is the most challenging distribution market in North America, which is the main reason multi-storey facilities are being considered,” said Phillips.

He expects many large tenants such as The Home Depot, Canadian Tire, Sobeys, Walmart, Dart Container and Acklands Grainger to continue to distribute into Vancouver from Alberta and/or Washington. 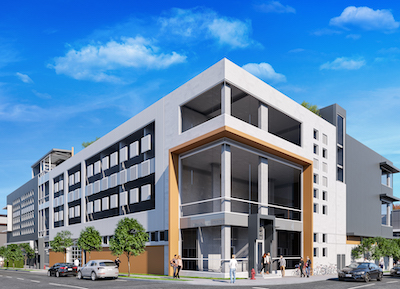 Multi-storey industrial in other cities

Phillips said several developers are considering smaller-scale, multi-storey industrial projects in the Greater Toronto Area, and larger-bay facilities shouldn’t be too far behind.

“Toronto does not have the severe land constraints that Vancouver has, even though the current vacancy rate is similar in both cities.

“Montreal is years behind in industrial development, with much of the stock old and decrepit, so it’s unlikely to happen there for at least the next few years. Other major markets like Calgary, Edmonton, Ottawa and Winnipeg have plenty of development land left and almost none of the constraints present in Vancouver. Victoria is possible, but demand isn’t high enough for even medium-bay multi-storey yet, so large bay is highly unlikely.”

Buildings similar to Prologis’ facility in Seattle are planned or underway in New York City, San Francisco, Sydney and Barcelona. European multi-storey industrial developments have been completed by SEGRO in London, Paris and Munich, according to the report.

Hong Kong has a 22-storey industrial building and Prologis has built 53 multi-storey distribution centres in Asia, some as high as 12 storeys. A primary reason why Asian facilities can reach such heights, according to Rojek, is truck size.

“Truck trailers used for inland distribution in Asia are commonly 25 feet long, whereas North America’s are typically 53 feet. This is a significant difference because the smaller-sized trucks in Asia can navigate a corkscrew style design of ramps to upper floors, whereas the 53-foot trailers used in North America are too big.

“To accommodate the larger 53-foot container size, a multi-storey building in North America must construct an external ramp around the building, which poses unique design and cost challenges.”

Rojek said it would likely be too cost-prohibitive and time-consuming for North American multi-storey facilities to use smaller trucks, which could then transfer loads to larger trucks on an exterior loading dock for distribution.

“It would add another step into the logistics chain, which adds time and cost. In addition, it would require significant investments in new trucks and transfer facilities.

“Anything is possible, but it seems unlikely — particularly with the emphasis now on speed. E-commerce business and the demands of same-day delivery require incredibly efficient supply chains.”

* No end in sight to demand for Canadian industrial space