NorthWest Healthcare Properties REIT (NWH-UN-T) has made its debut in the U.S. market with a $765... 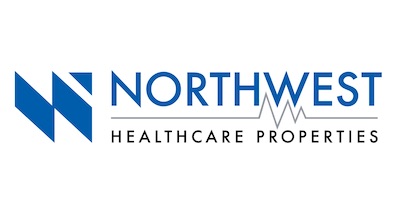 NorthWest Healthcare Properties REIT (NWH-UN-T) has made its debut in the U.S. market with a $765-million portfolio acquisition, expected to close in Q2 2022.

It is 97 per cent occupied, with a weighted average lease expiry of 10.7 years and is geographically diversified across 10 states with approximately 60 per cent of net operating income coming from top 20 U.S. metropolitan statistical areas with a focus in the Greater Chicago Area and Sunbelt States.

The portfolio includes 78 per cent of single-tenant, 22 per cent multi-tenant properties and 91 per cent of net operating income is either triple or quadruple net.

The portfolio’s acquisition will initially be funded from a combination of new corporate and property level financing as well as the REIT’s existing resources.

“The U.S. portfolio is an excellent starting point to launch the REIT’s U.S. strategy because of the defensive nature of the portfolio’s long-term cash flows, attractive contractual rent growth and low management intensity; all of which aligns strongly with the REIT’s core investment strategy,” CEO Paul Dalla Lana said in a media release.

“Moreover, this portfolio is a launching pad for accretive expansion with U.S. pricing typically approximately 100 basis points higher on a cap rate basis than the REIT’s other global markets with transaction volume that is unmatched globally.”

He also stated that one of the attractions for the REIT was that it is highly diversified by both market operators and asset types.

The current plan for the REIT is to bring an investment partner into the portfolio by the end of 2022, although Dalla Lana did not disclose details on this or on the origin of the U.S. portfolio, only that it was an “institutional vendor.”

“Clearly the U.S. is the largest health care and health care real estate market in the world,” Dalla Lana said during a conference call. “So there’s a very significant opportunity to happening and we’ve been working hard over the last year to identify that.”

At the time of writing, there is “nothing major” planned in terms of further transactions on the portfolio.

Other reports and looking ahead

Thanks to the planned completion of a U.K. joint venture, its planned U.S. portfolio and global health care precinct initiatives, all of which are expected to close later in 2022, the REIT’s total assets under management plus capital commitments are expected to increase to approximately $20 billion in the near-term.

Its Q4 2021 revenue was stable year-over-year at $96.4 million. Another expansion of its portfolio came with the $153.3 million acquisition of Cheshire Hospital – a 50 bed acute care hospital occupied by the Spire Hospital Group, the U.K.’s third-largest private hospital operator.

On “the increased geopolitical risk driven by the Russia-Ukraine conflict,” Dalla Lana stated that “despite the organization’s exposure to European markets, the impact of this point has been limited with credit and equity markets open and accessible and no evidence of disruption in acquisition markets.”

Founded in 2004 and publicly traded since 2010, Toronto-headquartered NorthWest Healthcare Properties REIT has focused on health care real estate investment and management. This translates to 192 properties, approximately 15.3 million square feet and about 2,047 tenants in 7 countries.

RENX Staff Commercial Transactions International May. 31 2021
Nicholas Sokic Business reporter
Nicholas Sokic is a freelance, Toronto-based journalist. He has covered a number of sectors, including business, finance, crypto, health, cannabis and culture. He graduated from Western University's Master of Media in Journalism and Communications program in 2019.