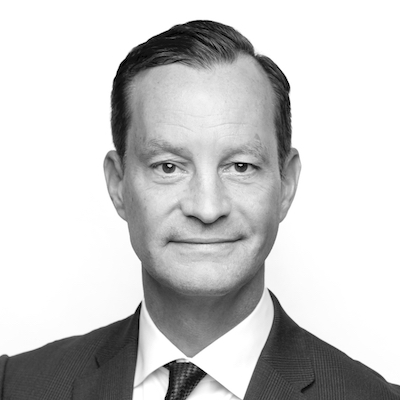 That was JLL Canada chief executive officer Alan MacKenzie’s reply when asked if there was any precedent for the strong performance of the industrial market in the Greater Toronto Area, while the office sector remains in a slump.

While the GTA industrial vacancy rate inched up 10 basis points to 1.7 per cent  in Q1 2021 from its Q4 2020 performance, it has remained below two per cent for 10 consecutive quarters.

It’s the tightest MacKenzie’s seen in his 32 years in the real estate business. He expects vacancies of zero to 0.5 per cent over the next two years because supply can’t keep pace with demand, which is split 25 per cent for e-commerce, 25 per cent for logistics and distribution, 15 per cent for retailers and 35 per cent for other uses.

Three-quarters of the approximately 10 million square feet of industrial space under construction in the GTA has been pre-leased:

– In Durham Region, where a wave of speculative new product was recently delivered, Lear signed a 185,000-square-foot deal at Carttera’s 1652 Tricont Ave. in Whitby.

– In nearby Oshawa, Aosom.ca and Canatom signed major deals at Panattoni’s 1121 and 1147 Thornton Rd. S. site.

Q1 sales volume hit almost $1.3 billion, more than double the same period in Q1 2020 and almost five times the volume of Q2. The largest purchase was Triovest’s $125-million acquisition of a logistics centre at 100-110 Iron St. in Etobicoke.

Rental rates climbed to $10.39 per square foot during the quarter, up 9.8 per cent year-over-year.

“Up until 2015, there was very little rental growth and rents are now pretty much double what they were five years ago,” said Figler.

“If you’re an investor or developer in the industrial space right now in the GTA, you kind of have no risk because the rents are rising faster than the costs,” said MacKenzie.

Uncertainty in the office and retail sectors has somewhat dampened investor interest in them, but industrial land has been a hot commodity and well-capitalized developers are investing, which is driving up prices.

Figler said industrial, commercial and investment land comprised almost one-quarter of total sales in 2020 and is up to 26 per cent this year.

Investors are also continuing to acquire land in nearby secondary markets including Guelph, Kitchener-Waterloo, Cambridge and Hamilton to build industrial space on spec. JLL recently opened a Kitchener-Waterloo office to service that demand.

The vacancy rate was somewhat artificially inflated because the increase included the 1.52-million-square-foot first tower at CIBC Square, which was 99 per cent pre-leased — but not occupied — upon delivery during the quarter.

“Anywhere else in the world, if your vacancy rate is where Toronto’s is right now, that’s considered a healthy market and probably a landlord-favourable market,” said Figler, an American who has previously worked in the United States and South America.

“The sky’s not falling. It’s actually a good thing for the health of the market.”

Figler said it was very difficult for companies to expand in downtown Toronto until last year, unless they pre-leased space in a new building. Now there are more opportunities.

Office occupiers have largely been shut out of their spaces for more than a year due to provincial guidelines and/or safety concerns due to COVID-19, and many are trying to figure out what their future footprints should be.

Downtown Toronto sublease availability rose 10 basis points to 3.4 per cent from the previous quarter, as many companies have attempted to sublet space as a cost-saving measure.

“Much of that sublet space that has added to the overall vacancy in Toronto hasn’t been leased out or moved,” said MacKenzie. “What has leased is the higher-quality sublets with longer remaining terms, like five-plus years left on the sublet, to make it more interesting for the tenants that are taking the space.”

While there was a small amount of sublet space added in the last quarter, it was less than in the previous three quarters. Figler believes Q4 2020 may have been the bottoming out point.

During the most recent quarter:

The Toronto Stock Exchange took its 45,000-square-foot sublease at EY Tower at 100 Adelaide St. W. off the market, as it now plans to reoccupy the space. Other companies have been doing the same thing, according to MacKenzie.

MacKenzie expects a stable downtown office vacancy rate for the next six to 12 months, but thinks demand will pick up as the economy rebounds and immigration returns.

While sustainability and health and wellness concerns were already growing in importance for tenants, the pandemic has heightened this. AAA office buildings used to be the highest structures in the downtown core, but MacKenzie said smaller buildings are now achieving AAA status because of health and wellness standards.

MacKenzie said B- and C-class buildings on the periphery of downtown that aren’t sufficiently capitalized to make significant improvements in those areas may have difficulty backfilling empty space when tenants leave, and rents may need to be lowered.

MacKenzie said JLL represents a number of tenants that want to relocate to new buildings under development with features such as: touchless washrooms, doors and elevators; more efficient air exchange systems; increased natural light; windows that open; and access to outdoor space.

He cited Portland Commons, The Well and Waterfront Innovation Centre as examples.

The GTA West rate increased 200 basis points to 16.1 per cent. That was impacted in a major way by Bell Canada making 615,000 square feet available for sublease at the Bell Mobility Campus at 5025 and 5115 Creekbank Rd. in Mississauga.

“There’s not as much of an uptick in vacancies and there’s not as much change in rents,” Figler said of the suburban GTA office performance. “If we haven’t seen any huge movement in the metrics by this point, I think there’s a sense in the market that we’ve probably made it through the worst.”

Figler has seen a shift to more use of a hub-and-spoke model, where companies maintain a primary office downtown and smaller spaces in the suburbs, but not a major flight to outlying areas.

However, that model doesn’t make as much sense for companies with young talent, such as the tech sector, where most employees live downtown and don’t want to work in the suburbs.

“There’s a serious risk of making a move to save a little bit of money on the balance sheet but losing your top talent while doing that and destroying your company,” MacKenzie said.

Microsoft buying GTA land and retail? What’s up with that?

Danny Kucharsky Commercial Shopping Centres National May. 20 2021
Steve McLean Business reporter
Steve is a veteran writer, reporter, editor and communications specialist whose work has appeared in a wide variety of print and online outlets. He’s the author of the book Hot Canadian Bands and has taught reporting to college students. He is based in Toronto.