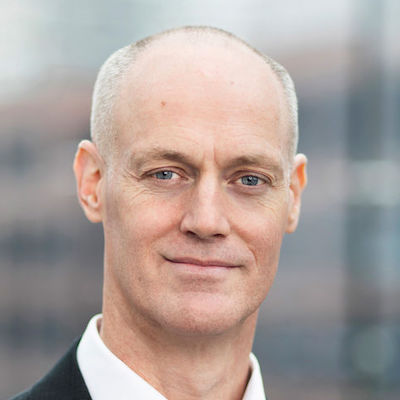 Ballantyne will assume oversight for property operations and leasing and will continue to lead asset management, ESG, and RioCan’s residential portfolio RioCan Living.

“John has proven himself to be a dynamic, trusted leader and brings extensive experience in successfully leading teams across multiple areas of our business,” said Jonathan Gitlin, president and CEO of RioCan, in the announcement. “John has an established reputation as a strategic thinker and a champion for our people and the communities in which we operate.”

A longstanding member of RioCan’s senior leadership team, Ballantyne has been with RioCan for over 27 years.

He was RioCan’s first asset manager and has been a critical driver of growth and strategic direction as the REIT has evolved. As senior vice-president, asset management, his focus has been on optimizing the performance of RioCan’s multi-billion-dollar portfolio and building a sustainable business model.

Alexander will lead the brand throughout Canada, working directly with executive vice-president Elton Ash and the Quebec region leaders. Alexander and Ash will continue to bring forward the best practices, strategies and insights to build RE/MAX’s new cohesive brand strategy across company-owned regions in Canada.

Alexander began his career as a sales associate in 2010 before joining sub-franchisor RE/MAX INTEGRA as a franchise sales consultant in 2014. He then served as chief strategy officer and executive vice-president of RE/MAX INTEGRA, responsible for day-to-day operations as well as developing and overseeing business strategies.

He joined RE/MAX, LLC as the senior vice-president of Canada in July 2021.

White moves up to chief legal officer at Avison Young

Avison Young has also promoted from within, naming Nicole White its chief legal officer and corporate secretary, effective Jan. 1. White has been with the firm since 2015, most recently as principal and legal counsel. She will lead Avison Young’s global legal functions.

Robert (Bob) Slaughter, principal and chief legal officer, will transition to senior advisor and legal counsel on Jan. 1, and remain a member of Avison Young’s board.

“In her time at the firm, Nicole has earned a reputation as a brilliant legal strategist, a forward-looking business advisor and a calming and inspiring leader,” Avison Young CEO and chair Mark Rose said in the announcement.

“As we look to this transition, I am incredibly grateful to Bob for his service – both past and future. There is no area of Avison Young that doesn’t have his imprint and invaluable counsel baked-in, nor would our growth and maturity have been possible without his leadership.”

White will be responsible for the overall management of Avison Young’s legal affairs, providing legal guidance in areas such as leveraging multi-dimensional data, technology and consultative solutions.

White retains her seat on the firm’s diversity and inclusion steering committee and her leadership position as a founder of the firm’s black professionals’ resource group.

Prior to Avison Young, White was an attorney for the Allstate Corporation. She is based in Houston. 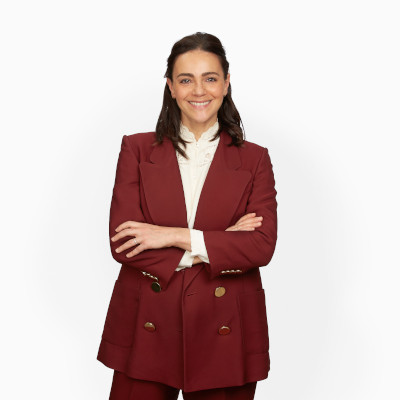 Slate Asset Management has appointed Bozena Jankowska managing director and global head of environmental, social and governance, based in its London office.

Jankowska has nearly two decades of experience in finance and corporate responsibility. She will lead the development of ESG practices and policies for Slate’s global investments and oversee and advance its corporate social responsibility strategy.

In his new role, van Dijk will be responsible for leading and producing programs and initiatives for Canadian real estate events.

Most recently, van Dijk spent the past 14 months as senior director of national research and analytics, Canada, at Colliers. He had previously spent more than four years at CoStar and eight-and-a-half years at CBRE in several industry analytics positions.

He’s also well-known as an experienced speaker at many industry forums and conferences.

– Schwartz is a technology-focused executive with success building multibillion-dollar businesses, bringing expertise in advanced analytics, technology and AI. As founder of the Bernadine Group, he collaborated with major entertainment brands to drive their entry into online gaming, where his clients included Sony Entertainment, Fremantle and Castaway. He has held executive roles at Cold Creek Technologies, Coupons.com, NextCard and First USA.

– Troin’s most recent role was with Google’s Core Data SRE group where he contributed to Google Search, Lens and Cloud. He has extensive big data and operations experience. Troin also served as CTO at Cold Creek Technologies and held key positions at Splunk, Synopsys, Atoptech and Aristo Technologies.

– Chao was hired from Booster Fuel, where she led product development. Her experience includes delivering impactful products at startups from small to hyper-growth stages. She has partnered with some of the largest Fortune 500 companies including Facebook, Cisco, FedEx, Amazon, Paypal and Google, and held product leadership roles at Apple and various Silicon Valley startups.

– Chung is a marketing executive with over 18 years of experience in Silicon Valley. She has assisted scaling multiple startups at different stages of growth, contributing to successful exits including Coupons.com’s IPO and DrChrono’s acquisition by EverCommerce.

Relogix has added to its leadership team, hiring Don Crichton as its vice-president and head of workplace insights.

With over 35 years of experience in corporate real estate planning, design and workplace strategy, Crichton most recently led a team of global experts at Amazon to build and evolve an agile workplace program within its global office portfolio.

The program improved the work experience for Amazon’s mobile workforce and raised the bar on overall design while increasing utilization of real estate.

Jamieson replaces Graham on Sienna board

Sienna Senior Living Inc. (SIA-T) has announced the appointment of Shelly Jamieson to its board of directors and the resignation of Janet Graham as a director after 11 years of service.

Jamieson is the former CEO of the Canadian Partnership Against Cancer, the former Secretary of Cabinet and Head of the Ontario Public Service, and the former President of Extendicare (Canada) Inc. She currently serves on the board of High Liner Foods and has experience on several not-for-profit boards.

Sienna also announced Stephen Sender has been appointed chair of the board’s audit committee and Brian Johnston chair of the compensation, governance and nominating committee.

Kadestone appoints Holler to board

Dr. Anthony Holler has been named to the board of directors of Kadestone Capital, increasing the size of the board to six members.

Holler was CEO of ID Biomedical from 1999 until 2005 when the company was sold to GlaxoSmithKline for $1.7 billion. He currently serves as CEO and board chair for Sunniva Inc., and chairs the board at Perimeter Medical Imaging AI Inc.

Previously, Holler chaired the board of CRH Medical for 15 years and was chairman of Corriente Resources Inc., which sold for $700 million to CRCC-Tongguan Investment Co. in 2010.

Home Capital Group Inc. (HCG-T), has appointment Betty DeVita to its board as an independent director.

DeVita is a global executive with over 30 years experience in digital transformation, payments and consumer financial services.

She is chief business officer and a member of the board of FinConecta, a global organization that brings digital solutions and financial services companies together through an API platform to accelerate digital transformation and open banking.

Prior to FinConecta, DeVita served as chief commercial officer of digital payments and Labs with MasterCard and held positions with Citigroup Inc., from 1982 to 2010, leaving as chair and CEO of Citibank Canada.