When Pure Industrial Real Estate Trust president and CEO Kevan Gorrie told RENX in an interview earlier this year his company would continue its torrid buying and selling pace in 2017, he wasn’t exaggerating. 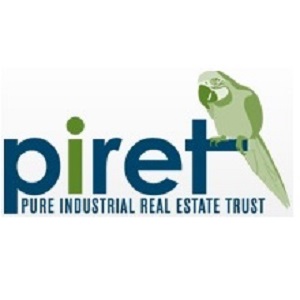 PIRET (AAR.UN-T) announced in a release it will buy eight distribution and logistics centres in three major Canadian markets. The total purchase price for the properties, which comprise about 1.9 million square feet and 181 acres of land, is $365 million. The weighted average going-in cap rate is 5.2 per cent.

Four of the facilities are located in the Greater Toronto Area, two each in Montreal and Edmonton. Two of the sites offer future potential for growth or expansion.

“With over 70 per cent of NOI from these acquisitions located in the GTA, I am pleased to be increasing our scale even further in one of North America’s largest and most important industrial markets,” Gorrie says in the release.

The facilities, on closing, will be 100 per cent leased to “high-quality multinational tenants under long-term lease agreements” the release says.

Financing for the purchases

Financing includes a $200-million bought deal offering. PIRET will sell 31,250,000 shares to a syndicate of underwriters led by BMO Financial and RBC Capital Markets at $6.40 per unit. An overallotment of up to an additional 4,687,500 shares is also available to the underwriters on the same terms.

The balance, PIRET says, will be paid via cash on hand and the trust’s unsecured operating line.

The deals are the latest in a series of significant moves this year by PIRET, a Vancouver-based investment trust. It owns and operates a diverse portfolio of income-producing industrial properties in leading Canadian markets and key distribution and logistics centres in the United States.

It is one of the largest publicly traded REITs in Canada which offers investors exposure to industrial real estate assets in both countries. As of July 14, PIRET owned 168 facilities comprising 22.8 million square feet of gross leasable area.

In June, PIRET announced it had purchased four U.S. properties in North Carolina and Dallas as well as a distribution centre in Richmond, B.C., for about $127 million. It also announced the sale of three western Canadian properties (in Surrey, B.C., and Calgary) for $33.9 million.

PIRET also said in June it continued to hold six assets for sale with a book value of about $34.9 million.

In February, the firm announced five separate transactions in both Canada and the U.S. Among those deals were the purchase of an Atlanta industrial property ($52.5 million) and the sale of a majority stake in six properties in Alberta and Ontario to create a new joint venture with a partner with whom PIRET has an existing relationship.

PIRET did keep a stake in those properties, ranging from 25 per cent to 50 per cent, consistent with its stated goal to reduce its exposure in the slow Alberta market.

At the time of those transactions, Gorrie told RENX more were on the way: “We continue to pursue a number of opportunities and on the disposition side we expect to have more and similar announcements in 2017.”

In the wake of all this activity, the trust still has considerable cash available for further acquisitions. In the release, PIRET says it retains about $170 million of liquidity.