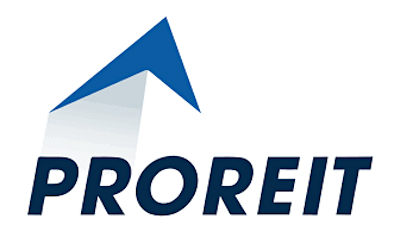 PRO Real Estate Investment Trust (PRV-UN-T) plans to acquire 12 industrial properties in Ottawa and Winnipeg for $86.8 million, and has also announced Collingwood Investments Corporation will take a $50-million equity position in the REIT.

The two announcements were contained in a Monday morning media release.

“With these acquisitions and new financing providing transformational opportunities for PROREIT, we are returning to a growth trajectory in a re-opening and expanding economy with a robust portfolio of institutional-calibre industrial assets,” said PROREIT CEO James Beckerleg in the announcement.

“These acquisitions align with PROREIT’s commitment to expand its footprint in attractive markets and to increase its exposure to the industrial asset class.

“We are extremely pleased to return to the market with an accretive transaction, while at the same time enhancing the REIT’s liquidity for future growth opportunities.”

PROREIT’s diversified property portfolio is located in primary and secondary markets in Québec, Atlantic Canada and Ontario with selective expansion into Western Canada.

The $50-million placement is a binding agreement to issue 8,264,463 PROREIT units at $6.05 per unit to Collingwood, which is part of the Nova Scotia-based Bragg Group of Companies. Upon closing, Collingwood Investments and one of its related parties will have a 19.8 per cent interest in PROREIT.

The placement is expected to close in April and is subject to customary conditions and regulatory approvals. At closing, Collingwood will also collect a fee of three per cent of the gross proceeds of the placement.

The firm says it has a strong acquisition pipeline, including non-binding letters of intent to acquire six institutional-quality industrial assets in Atlantic Canada. These properties, valued at $47 million, comprise approximately 500,000 square feet.

“Given PROREIT’s proven track record and solid reputation, we are pleased with the completion of this long-term investment, supporting PROREIT’s growth strategy in which we have full confidence,” said David Hoffman, vice-chairman of the Bragg Group, in the release.

“We have followed PROREIT closely for the last couple of years and are very impressed by its growth strategy, properties, reputation and management team.

“We are excited to be accepted as an investor in PROREIT through this private placement.”

The three small-bay industrial assets add to PROREIT’s existing properties in the city and are located within core industrial submarkets with easy access to Highway 417 and major arterial roads.

They feature clear heights of 14 to 18 feet, efficient bay sizes, ample loading doors and practical layouts. The properties are 96 per cent leased to a diverse mix of tenants with a weighted average lease term of 3.5 years. A majority of the leases include contracted rent steps.

Ottawa’s growing industrial sector (soon to be dominated by about 3.8 million square feet of Amazon distribution centres) benefits from a stable local economy along with its connectivity to major cities in both Canada and the U.S.

Current vacancy is about 2.7 per cent driven by e-commerce growth and limited availability of new supply and industrial development land.

PROREIT has letters of intent with two vendors to acquire nine industrial buildings in a major expansion of its portfolio in Winnipeg.

Located in industrial parks within close proximity to downtown and the Trans-Canada Highway, the assets feature clear heights of 14 to 21 feet. They are 97 per cent occupied by a mix of local and national tenants with a weighted average lease term of three years, most with contractual rent steps.

Winnipeg’s proximity to the Canada-U.S. border, along with its central location, positions the city well as a distribution hub. The industrial vacancy rate is 3.9 per cent and has shown remarkable stability, ranging from three to five per cent for the past decade.

Winnipeg is also the site for a new Amazon delivery centre slated to open this year.

PROREIT intends to finance the acquisitions via $33.1 million in cash from the private placement and $53.7 million of new five-year mortgage financings.

Once the acquisitions close, PROREIT’s portfolio will include 102 income-producing commercial properties comprising five million square feet of GLA and $700 million of gross book value. The weighted average lease term will be 5.1 years.

The properties will increase PROREIT’s industrial and mixed-use segments within its portfolio to 70 per cent by GLA and 54 per cent by base rent. Additionally, they increase the Ontario footprint to 1.6 million square feet; 31 per cent of GLA and 33 per cent of base rent.