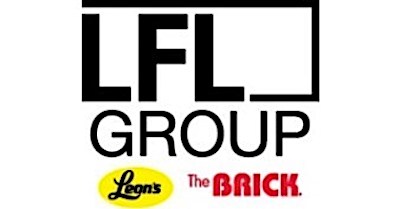 In the Monday morning announcement, Leon’s (LFL Group) said the new distribution centre and office will be for its The Brick division.

Slated to open in 2024, the new building will replace the existing 365,000-square-foot facility. It will expand LFL Group’s retail and distribution properties to about 14 million square feet of owned and leased real estate across Canada.

The new facility will be built on 28 acres of purchased land in the northwest quadrant of Edmonton and be a 50/50 joint venture between LFL Group and Qualico Properties.

The distribution centre will be the second-largest in the Leon's portfolio after its 870,000-square-foot facility in Mississauga, which services the Greater Toronto Area.

The Edmonton building will service bricks and mortar and online fulfillment for all The Brick retail and commercial banners. At full capacity, the new distribution centre will house approximately $50 million in inventory, with the potential to add an additional 100,000 square feet of warehousing space in the future.

"We are constantly evaluating strategies that will improve efficiencies and customer service," said Mike Walsh, president and chief executive officer of LFL Group, in the announcement.

"In addition to expanded inventory capacity, the new distribution centre will feature state-of-the art equipment allowing for quicker order fulfillment to the Brick stores across Alberta and Saskatchewan.”

Among the recent new tenancies are one of the country’s largest distribution centres, a multi-level, 2.9-million-square-foot facility for Amazon constructed by Toronto-based Panattoni Development Corp. Earlier in 2022, Panattoni also announced the leasing of a new 548,000-sq.-.ft. Edmonton facility to MTE Logistix.

Availability has dropped below five per cent in the region this year, and leasing rates have topped $9 per square foot – which still leaves the market well below most other major Canadian industrial markets.

The Leon's and Qualico deal was brokered by Doug MacKay, partner, industrial sales and leasing, at Cushman & Wakefield Edmonton on behalf of LFL Group.

MacKay acknowledged the recent increase in industrial activity in the city and region – and also noted a shift in preferences for some companies doing business in the area.

"The overall market in Edmonton remains strong with Edmonton becoming a favoured distribution hub on account of reasonable land costs and access to labour," he told RENX in an email exchange. "Anticipate a shift from building purchases to leasing in the short term, on account of higher interest rates and high construction costs.

"Developers are actively in the ground on numerous spec projects to capture the continued demand for quality distribution space."

The expansion in Edmonton is symbolic for LFL Group, which began with a single furniture store in the city in 1971. It has now grown to become a coast-to-coast retailer and distributor with 209 locations and seven distribution centres from Victoria to St. John’s.

Qualico Properties is a third-generation, family-owned and operated company based in Winnipeg, with extensive operations in Edmonton. The firm was established in Winnipeg, and spread into Alberta with construction projects in 1954 (Calgary) and then Edmonton a year later.

It also develops and operates in a number of communities surrounding Edmonton, and in Fort McMurray in Northern Alberta.