With rising inflation and declining vacancy, industrial tenants can expect to see a jump in Edmon... 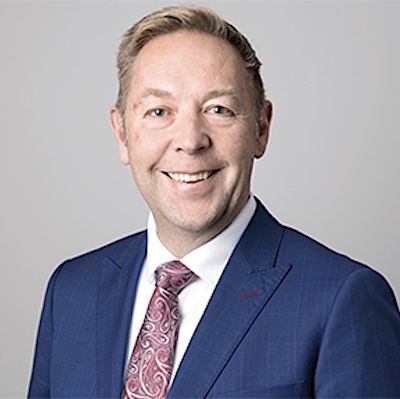 Lease rates for warehouses, the hottest part of the industrial sector, are averaging between $8.75 and $9.25 per square foot.

That’s about to go up, experts say.

He said land values and construction costs are escalating and rents will follow.

“There’s a jump coming. It’s already started to happen. We need to start educating tenants that those days (of lower lease rates) are gone,” said Edwards.

Edmonton is still significantly less expensive than Vancouver or Toronto, where lease rates average $15 to $21 per square foot and $13 to $17 per square foot, respectively.

Industrial land rates, at an average $800,000 per city acre and $475,000 in surrounding counties, are considerably cheaper than the average $5.5 million in Vancouver. That availability of land is driving a shift of very large warehouses from Vancouver to Edmonton and the Alberta market in general.

Because of the availability of land, mega warehouses do not have the physical constraints that are driving developers to begin building multi-level buildings in the region. However, Edwards said there is some merit in building up in terms of efficiency.

“These 500,000-square-foot warehouses are a quarter-mile from one end to the other in a fork lift. That’s not super efficient.”

He said the 2.9 million-square-foot Amazon warehouse in the Acheson business park west of Edmonton has five floors, with freight elevators taking three or four pallets up to the top at a time.

Edmonton is well-placed for the industrial property sector to continue to grow, forum speakers said.

Myron Keehn, vice-president of the Edmonton International Airport, said the city is on the logical straight-line route between Asia and the Eastern United States for goods coming through the port of Prince Rupert in B.C. That port is currently undergoing a major expansion.

The province and Leduc recently announced a new $96-million highway interchange on the QEII Highway at the Edmonton airport which will open up another 2,000 acres of developmental land, said Keehn.

The health of the industrial sector in Edmonton is not restricted to the warehouse sector, said speakers.

Gregg Maimann, senior vice-president for CBRE Limited, said the market has matured through two major downturns in 2008 and 2014.

When the large international oilfield service firms left the region after 2014, the remaining businesses learned to pivot and find new markets.

He said the unused capacity in industrial buildings after 2014 was huge, but it has since been absorbed.

“It’s not like it was where we lived and died by the (oil) patch,” said Maimann.

Connop pointed out the large-scale projects underway or planned for the region are not conventional oil and gas refineries and upgraders.

Hydrogen projects, carbon transportation and sequestration, petrochemicals and solar farms are included in billions of dollars worth of projects slated for the region.

Kathy Kerr Residential Development British Columbia May. 25 2022
K
Kathy Kerr Business reporter
Kathy Kerr is an Alberta journalist with four decades of experience as a writer and editor. She covered general news and provincial politics as a reporter for the Calgary Herald in the 1980s and worked at the Edmonton Journal from the 1990s to 2016 in several editor roles, including business editor, city editor, features editor, editorial page editor and finally deputy editor of the Postmedia Edmonton newsroom. Kathy is now a freelance writer and commentator.