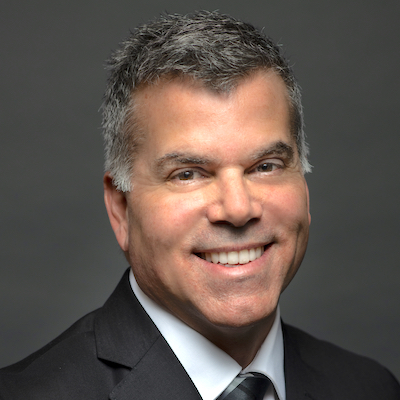 However, the three cities start at different baselines and face different challenges, according to speakers at this week’s Western Canada Apartment Investment Conference in Edmonton.

The Vancouver market had a 1.2 per cent vacancy rate in established rental properties in the first quarter of 2022, said Zonda Urban principal, advisory, Michael Ferreira. When projects just starting to come on the market for lease-up are added, the rate moved up to 4.2 per cent.

Rents across the board worked out to $3.78 per square foot, said the market analyst. However, in downtown Vancouver rents are now up to $5.25 or $5.45 per square foot and even $6.

Office workers and students returning to the market are expected to further drive up demand.

Ferreira said in the University of British Columbia area the vacancy rate was 30 per cent in 2021 and is now under one per cent.

Mark Goodman, principal at Goodman Commercial Inc., said building transactions in Vancouver had a banner year in 2021, partly because of the pent-up demand caused by a pause at the beginning of the COVID-19 pandemic.

There were 161 sales in Metro Vancouver representing $2.6 billion, he said. Goodman predicted there will be a decrease in transactions and dollar volume in the next year.

The investment market is finding value-added players aren’t as prevalent because it’s harder to create value and get turnover in light of new legislation.

“You need to have a bit more patience now investing in Vancouver real estate.”

There are still family-based companies, REITS and pension funds active in the market, but no foreign buyers, he said. Increasing mortgage rates are causing a bit of a pause in the market.

Lack of supply remains an issue

Shenoor Jadavji, founder and president of Vancouver-based Lotus Capital Corp., suggested apartment supply will be a major factor for the city as 40,000 students and up to 52,000 new people come into the market.

Vancouver developers say slow approvals and bureaucracy at the municipal level are a major challenge in getting projects off the ground.

“We have three projects on the way that are all at the city or municipality level. They’ve been there for four or five years,” said Jadavji.

Meanwhile construction costs and the cost of borrowing have increased.

Mike Bucci, vice-president of Bucci Developments, says the cost of land is another issue in Vancouver.

“If you look at how much equity and capital you need to hit 1,000 units in the market, it’s staggering. I’m paying $70 million for a half-acre multifamily site whereas with the same amount of capital (Albertans) can set up your own empire.”

Calgary and Edmonton aren’t struggling with delays in municipal approvals and land costs. However, inflation, supply chain issues, rising borrowing rates and a shortage of skilled construction labour all apply to the Alberta cities as they do across the country.

Real estate analysts do, however, expect rental rates to increase as the province attracts business and population. The affordability of Calgary and Edmonton, compared to Vancouver or Toronto, are also drivers in the market.

“In Vancouver, an average person pays 75 per cent of their income on accommodation,” said Jadavji. “In Alberta, it’s 20 to 30 per cent.”

Calgary experienced a drop in vacancy rates between 2021 and Q1 2022, said Ferreira. The rates are running at 2.9 per cent for stabilized properties and 5.7 per cent when new projects are factored in.

Ferreira says Calgary has had plenty of new product coming into the market but it has been steadily absorbed.

Ferreira said downtown renters in Calgary are generally young urban professionals who have been savvy about taking advantage of rental incentives during recent slow years. However, the number of incentives and their value is on the decline, he said.

In 2021, Calgary saw 49 transactions for a total of $342 million, according to JLL figures. More than 85 per cent of those transactions were walk-up buildings.

Herder said Calgary is seeing more private capital coming to the city from Vancouver and Toronto.

Average rent in concrete properties was $1,547 or $2.09 per square foot and $1,517 or $1.77 per square foot in wood-frame buildings. Ferreira said rents are starting to creep up in Edmonton.

“Roughly 70 per cent of Edmonton sales last year were Avenue Living. In July, they accounted for $268 million. Really they were the big story coming out of COVID.”

Kevin McKee, CEO of Pangman Development, added that Edmonton also has to come to grips with rising property taxes which are affecting the multiresidential space.

Mario Toneguzzi Residential Development Edmonton May. 3 2022
K
Kathy Kerr Business reporter
Kathy Kerr is an Alberta journalist with four decades of experience as a writer and editor. She covered general news and provincial politics as a reporter for the Calgary Herald in the 1980s and worked at the Edmonton Journal from the 1990s to 2016 in several editor roles, including business editor, city editor, features editor, editorial page editor and finally deputy editor of the Postmedia Edmonton newsroom. Kathy is now a freelance writer and commentator.