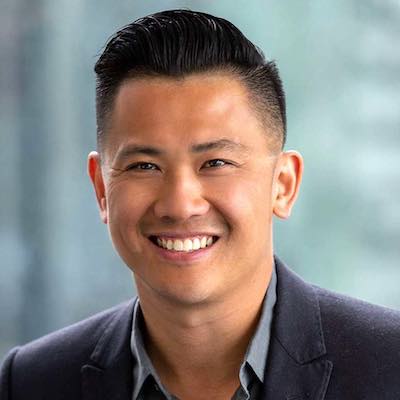 “We consider it the leader of the secondary and tertiary markets,” said Milroy.

The rental unit inventory is just under 7,000 units, said Milroy.

“Everything’s going in the right direction in terms of jumping into this market from a development perspective.”

Both Westrich and Westcorp have projects underway in the city and region.

Lam said his firm, which has been developing in the Edmonton area for more than 10 years, decided three years ago to diversify outside of Alberta. The company settled on Kelowna where land and construction prices and permitting were more attractive than the lower mainland of B.C.

“In the last two-and-a-half years, we were able to pick up four projects that we have started in different (stages) of zoning to permitting to under construction,” said Lam.

Westrich’s project in Lake Country, 20 minutes north of Kelowna, will have 130 to 150 units of tower homes and apartments, mostly two-bedroom/two-bath.

Another 168-unit project five minutes from downtown Kelowna should begin construction in the early part of 2023. A 500-unit mixed-use project is planned for West Kelowna, said Lam.

Westrich is also hoping to begin construction in the summer on the first phase of Westrich Bay, a 13-acre site on Westbank First Nation land which will include 700 purpose-built rentals, along with condos and townhomes.

Lam said the economic drivers in the market making it attractive to developers include a huge boom in real estate, which is bringing in increasing construction jobs, the attractive tourism industry and planned expansion of the University of British Columbia Okanagan.

Westcorp is also bullish on the market. The firm’s Ledge on Lakeshore project, which is close to hotel, restaurant and beach amenities, is planned to include a little over 1,000 units, said Milroy.

“If you think about that inventory of the entire city being just under 7,000, it made our heart beat a little bit . . . adding this kind of inventory to that market. But with half a per cent vacancy, we think we can absorb it,” he said.

He said the first 200 units should be delivered this fall. The project involves stacked townhouses and towers.

The company has a couple of other development sites, said Milroy.

And Westcorp is also planning a downtown Kelowna project including a 184-room hotel, 65 hotel-serviced residences, a restaurant and marina. The firm hopes to launch the project in the next couple of years, said Milroy.

Red Deer and other markets

Other secondary markets in Alberta and B.C. may not offer equivalent opportunities to Kelowna, but they do have merit.

Red Deer, Alta., for instance is fairly stable and getting better, said Milroy.

Milroy said the city has a good economy, a median household income of $99,000 and a major advantage of being on the highway between Calgary and Edmonton.

Arth, whose firm brokered the deal, said the sale price of $216 per rentable square foot is well below replacement value and “the most appealing metric of this deal.”

Grande Prairie, Alta., has experienced an increasing vacancy rate and declining rents over the past three years, with vacancies increasing from 5.3 per cent to 13.2 per cent and rents dropping from $1,143 in 2019 to $1,087.

However, Milroy pointed out it is considered a strong market from an ownership perspective.

“There are $16 billion in investments going forward in geothermal and hydrogen energy, so it could be an interesting market to keep your eye on going forward,” he said.

Milroy also highlighted Kamloops and Victoria, B.C. cities with vacancy rates hovering around one per cent in 2021.

Mario Toneguzzi Residential Transactions British Columbia Feb. 23 2022
K
Kathy Kerr Business reporter
Kathy Kerr is an Alberta journalist with four decades of experience as a writer and editor. She covered general news and provincial politics as a reporter for the Calgary Herald in the 1980s and worked at the Edmonton Journal from the 1990s to 2016 in several editor roles, including business editor, city editor, features editor, editorial page editor and finally deputy editor of the Postmedia Edmonton newsroom. Kathy is now a freelance writer and commentator.