By partnering this week with BCI Management Corp. to create a $7-billion real estate fund targete... 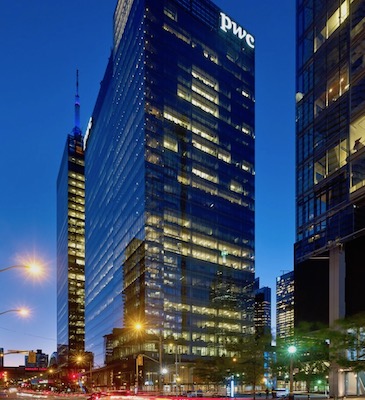 The PwC Tower at Southcore Financial Centre in Toronto is one of the prime assets which will be included in a new $7-billion Canadian Core Real Estate Fund in partnership with RBC GAM and BCI. (Courtesy RBC GAM)

By partnering this week with BCI Management Corp. to create a $7-billion real estate fund targeted to smaller and mid-level institutional investors, RBC Global Asset Management’s Michael Kitt believes a door has opened to a sector largely shut out of this investment class.

First, the venture represents the largest commercial real estate transaction in Canada, as RBC GAM’s Canadian Core Real Estate Fund will become a 50-50 partner in the 40-plus assets with BCI and its real estate arm Quadreal. Second, it creates a vehicle for groups other than the largest investors to diversify into core, institutional-quality real estate holdings.

“Only the largest institutions could typically play in core commercial real estate simply because each asset is so valuable,” said Kitt, RBC GAM’s head of real estate equity investments.

It was an issue which the investment firm had been aware of for some time.

Enter Kitt, who joined RBC GAM in August after an extensive career which included senior positions at some of the country’s largest institutional investors and their real estate arms. Most recently he was CFO and executive vice-president of finance and strategy at Oxford Properties. Kitt had previously stints at both Cadillac Fairview and its parent, the Ontario Teachers’ Pension Plan.

“Starting in August, I had free rein on how to build the program here,” Kitt told REN in an interview Wednesday. “To build a program that had the scale and potential, that was consistent with RBC GAM’s $400-billion platform, we had to take a different approach.

“That was to think without constraints, and to think big. One of the early ideas was to align ourselves with a partner who is like-minded in terms of governance and fiduciary responsibility.”

Enter BCI, part of the pension fund sector which Kitt knows so well, and seeking to diversify its holdings internationally.

Kitt says part of the attraction of the fund will be BCI’s continuing stake in the portfolio, noting it “has 50 per cent ownership and therefore actually has more money at risk than any (other) investor.”

The venture is receiving positive reviews from long-time CRE executives.

“The way they’ve gone about this partnership is very creative, we don’t see as creative a deal as this in the market the last little while,” said Andrew Barnicke, vice-chairman and managing partner, capital markets Canada at Colliers International, in an interview with RENX.

“We see a lot of joint ventures on single assets or limited portfolios, but this is a great way for RBC and their clients to get into a world-class portfolio of assets that have been well maintained and well-managed by Quadreal and owned by BCIMC.

“It’s always difficult and time-consuming to build a portfolio that investors want to own and maintain. This is a very convenient, quick, but also staged way to make sure everything happens at a proper pace. So, my hat’s off to everyone for coming up with this creative idea.”

The properties include assets from the office, retail, industrial and residential sectors, spread across eight major Canadian cities.

“RBC GAM wanted to construct a portfolio that was well-diversified, meaning both by asset class and location, that was focused on the major markets, and the core locations within those major markets,” Kitt explained. “In order to satisfy those two principals, you need to construct a portfolio that has roughly 40 assets in it. And if you are sticking to those kind of high-quality assets, you quickly get into the $7-billion range.”

Accomplishing this feat is nearly impossible for smaller or mid-sized institutional funds (which Kitt defines as anything below about $50 billion in assets), because real estate is just one sector in which they invest.

“Even if you are a mid-sized pension fund . . . you have trouble getting investible access in core assets and creating a diversified portfolio because each asset it so valuable,” he said, noting the “average” price for such a property is upwards of $200 million.

On the other side of the equation for these investors, “real estate as a private market asset class does play a role in developing a well-diversified portfolio. We’ve created something that allows people access to execute that program.”

“The BCIMC portfolio is one of those portfolios that is not unique, but there are a limited number of current owners who have a portfolio of the quality of Quadreal. So, RBC is getting access to a very high-quality portfolio,” Barnicke said.

“I’m not sure what the 40 assets are going to be but they will be, I suspect, some of the best assets in Canada.

“That’s always tough, to get access to some of the best assets. You can own an office building in downtown Toronto, but you can’t own BCE Place.”

Spacing out the fund into four tranches, beginning this fall and ending in 2022, also spreads the risk of investing at just one point in the real estate cycle. Kitt said all asset classes (fixed income, equity markets, real estate etc.) have “performed extraordinarily well over the past decade or two.

“So, there is a concern that you are investing at the peak. Well, in this opportunity you are not.”

The philosophy is the same for diversifying the asset sectors, and the geographic mix though Toronto and Vancouver does constitute 60 to 70 per cent of the portfolio. Taken all together, Kitt said these features also make the fund unique.

“No other investment opportunity actually offers that kind of attribute, which the investment community is seeing as very interesting at this point in the cycle.”

Finally, Kitt said spreading out the investment period offers certainty as to where the fund is going in the medium term.

“This fund, the beauty is you get to see all 40 assets, how the portfolio will be set up, where it will be invested, the quality that will be added in over the next three years and you get a chance to actually average your investment in.”

Looking down the road, Kitt believes RBC GAM and BCI will be expanding their relationship.