RioCan enlists Darktrace for cyber security at The Well 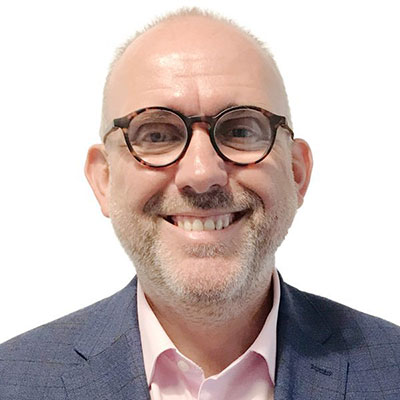 Darktrace, a cyber security company that uses preventative artificial intelligence (AI) to detect threats and protect organizations, is now involved with one of Canada’s most ambitious mixed-use developments: The Well.

Darktrace was launched in Cambridge, England in 2013 and director of enterprise security David Masson opened the first Canadian branch in Toronto in January 2016. The company also has offices in Vancouver and Ottawa and employs about 60 Canadians. It has nearly 50 offices around the world.

Darktrace, which has filed more than 115 patent applications, protects more than 7,400 customers from threats, including ransomware, cloud and software as a service attack. It uses the first-ever cyber AI loop, which fuels a continuous security capability that can autonomously spot and respond to novel in-progress threats within seconds.

“It’s getting increasingly sophisticated and it’s been moving at machine speed for quite some time,” Masson told RENX about the threat from cyber attacks.

“Human beings need some help and that help is AI. AI does the heavy lifting in terms of what’s actually happening and in terms of doing something about it.”

Ransomware is the most prevalent cyber threat, but Masson said there are major concerns with any sort of attack that can steal or restrict access to data or access alternative data.

Masson said the cyber security industry has traditionally worked on the basis of receiving information on the latest attacks that have been discovered and then doing something to prevent them from happening again.

“There have to be victims before you get solutions and we decided a long time ago that that’s just not a viable proposition going forward. We said, ‘Let’s try and find some other ways so we actually don’t need to have victims before we’ve got solutions.’ That’s why we use AI.”

Darktrace uses AI to learn everything it can about a client’s computer networks and digital infrastructure so that it can detect changes in their patterns in real time.

It’s then able to send an alert early on that something is happening and it can be dealt with before damage is done.

AI is also used by Darktrace to investigate what’s going on and to stop people from hacking into an organization by hardening its digital exterior.

Clients don’t need to worry about giving away proprietary information by using Darktrace, according to Masson, because its technology doesn’t read data and is agnostic to what it is.

“What the AI does is it takes hundreds and hundreds of measurements from around different packets of data and, from those measurements, it builds up a triangular mathematical model of what’s happening,” said Masson.

“That’s how it learns the pattern of life of every device and every user on the network.”

Darktrace at The Well

RioCan REIT has been involved with Darktrace since last year and brought it on board for its portion of The Well earlier this year to protect its information and operational technologies, including elevators, thermostats and appliances.

Masson wouldn’t say what other RioCan properties Darktrace is working with or disclose what other Canadian companies or buildings it’s involved with.

As operations and services become increasingly digitized, cyber crime is proliferating and attackers continue to target real estate organizations to access confidential data — including the financial information of property buyers and sellers — and disrupt operations and demand ransoms from investors and agents.

When completed next year, The Well’s 7.8-acre site between Front Street West and Wellington Street west of Spadina Avenue in downtown Toronto will provide 1.5 million square feet of residential space with approximately 1,700 condominium and purpose-built rental units, 1.2 million square feet of office space and 320,000 square feet of retail space in seven mixed-use towers and mid-rise buildings, as well as park and public spaces.

“Central to the success of The Well is a world-class tenant experience,” RioCan vice-president of informational technology George Ho said in a media release.

“The experience we’ve created for our visitors and tenants relies on a significant technology infrastructure, from light switches and thermostats to security systems, which is reliable and will work uninterrupted.

“The best thing about Darktrace’s AI is that it learns every detail of both our information and operational technology so that we can minimize any disruptions to our normal business operations in the event of a cyber security incident. That is the future of security.”

Masson declined to provide details on Darktrace’s revenue model and what it charges clients to use its technology, but said it’s based on each individual organization.

Harold von Kursk Residential Proptech National Jul. 12 2022
Steve McLean Business reporter
Steve is a veteran writer, reporter, editor and communications specialist whose work has appeared in a wide variety of print and online outlets. He’s the author of the book Hot Canadian Bands and has taught reporting to college students. He is based in Toronto.