RoseFellow has spent $70 million to acquire a 1.35-million-square-foot industrial-zoned site from... 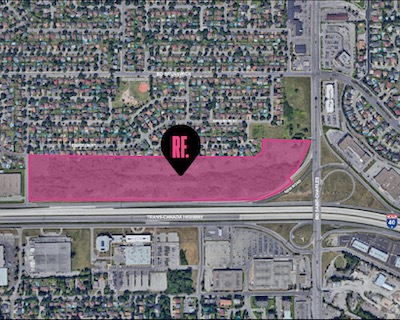 This site along Hwy. 40 on Montreal’s West Island has been acquired by RoseFellow, where it plans to develop three to four industrial buildings. (Courtesy RoseFellow)

RoseFellow has spent $70 million to acquire a 1.35-million-square-foot industrial-zoned site from the City of Kirkland, which the developer says is the last greenfield site in the West Island of Montreal.

The firm has also acquired a smaller, 15-acre industrial development property in Ottawa and has plans to begin construction soon on that site as well.

RoseFellow plans to build three or four class-A industrial buildings of 100,000 to 200,000 square feet each on the Kirkland site, at the northwest corner of Saint-Charles Boulevard and Highway 40 (Trans-Canada Highway) at a total development cost of $175 million.

The City of Kirkland, in a release issued Tuesday, pegged the entire project costs at about $300 million.

Construction could start as early as next spring, with the first building completed eight to 10 months after construction begins.

RoseFellow partner Sam Tsoumas said “at the very minimum” a LEED-certified development will be built and the project may end up being net-zero carbon.

The site is “very prominent, with great visibility, great frontage. For us alone, this is a trophy property,” he said. Given the popularity of industrial real estate on the West Island, “finding a greenfield site that is effectively shovel-ready is almost unheard of.”

“Through the roof” demand on West Island

Tsoumas said the upper echelon of industrial developers in Quebec were brought to the table by the City of Kirkland to submit financial offers and development ideas.

The process began almost a year ago and RoseFellow was selected after many rounds of discussions.

“Seventy million dollars for 1.35 million square feet is about as maximum as you’ll see in the marketplace today,” said Tsoumas, noting it is the single largest per-square-foot transaction made by RoseFellow.

“We’ve probably now set the bar on land values,” he noted, but “we are very comfortable with the price that we paid. We definitely believe this site is worth it.”

Demand is “through the roof” for properties in the West Island, given its easy access to the Ontario border, South Shore and Laval, said RoseFellow’s other partner, Mike Jager.

He believes the site will likely attract tenants that are looking for visibility in an employment hub who are able to pay in the higher echelon of rental rates. 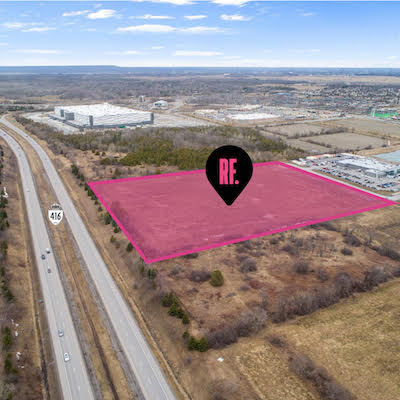 Construction should start within 18 to 24 months – once permits are in hand – of a 320,000- to 350,000- square-foot industrial building that will be built on spec for multiple tenants. The estimated total project cost, including land, is $87 million.

“We’re completely enamoured with the site,” said Tsoumas, noting it is near an Amazon fulfillment centre and is in “a great location” for an employment hub.

“We’ve had a number of requests from people who’ve driven by the Ford Distribution Centre that we’re building in Casselman (Ont.) and have asked if we have a site nearby,” Jager said. “That opened up our eyes to looking for other opportunities.”

Funds behind the properties

Both the Kirkland and Ottawa properties are being financed in part by RoseFellow’s second $100-million fund, RF Fund II. The industrial development-specific fund is focusing on the Greater Montreal Area, Quebec City and Ontario.

It follows on the heels of RoseFellow’s first fund, which opened in March 2021.

Tsoumas said there will be limited amounts of spec industrial space coming to the market in the next few years, “so we felt the timing is right to launch another $100 million.”

Leveraging the $100 million will provide roughly $400 to $500 million worth of development in four or five projects, he said, and “clearly, the market can take that.”

Investors in the first fund, including Skyline and Fit Ventures, agreed to participate in the second fund.

“Our first group was very happy with the overall results of Fund I and where it’s trending,” Tsoumas added.

RoseFellow has increased its own equity stake significantly in the second fund and has opened it to outside investors.

Despite rising interest rates, the opportunity is still ripe for industrial development, Tsoumas said, given the unprecedented shortages of space.

Interest rates are still relatively low and the demand for industrial space market does not appear to be slowing down.

“Rental rates are also increasing to counteract the increase in cap rates, so returns are similar, there’s not a lot of space, tenants are moving to sign these leases incredibly quickly,” Tsoumas said.

“We’re barely putting up steel on site and we already have three, four offers on every single one of our sites, and we’re talking multinational firms with great covenants.

“Our investors at RoseFellow are bullish that for the next five years the market will be strong.”

Danny Kucharsky Commercial Development Greater Montreal Feb. 28 2022
D
Danny Kucharsky Business reporter
Danny is a multiple award-winning journalist based in Montreal, who has written for about 75 magazines and newspapers in Canada and the U.S. His credits include The Globe and Mail, Montreal Gazette, Maclean's, Chicago Tribune and a wide variety of business, specialized trade and medical magazines. Danny was also the Montreal correspondent for Marketing Magazine for several years.