The massive mixed-used Westport development by a joint venture involving Shindico Realty is a mil... 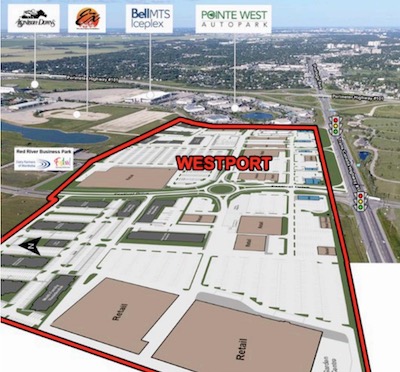 Westport is a million-square-foot mixed-use development in Winnipeg, which is being developed by Shindico Realty. (Courtesy Shindico)

The massive mixed-used Westport development by a joint venture involving Shindico Realty is a million-square-foot vote of confidence for Winnipeg’s economy, both today and in the future, Shindico’s president says.

Westport, located at the junction of Trans-Canada Hwy. 1 (Portage Avenue) and the Perimeter Highway (Hwy. 101) in West Winnipeg, is being constructed on 74 acres of land in an area which offers retail, multiresidential, hotel, restaurant, office and warehouse opportunities.

The property is in the heart of the largest concentration of sporting and recreational complexes in Manitoba including the 460-acre Red River Exhibition Park, Assiniboia Downs Horse Racing and BellMTS Iceplex.

“We’re bullish right now. The interest rates can skate anyone offside, but so far we’re dealing with it,” said Sandy Shindleman, president of Shindico Realty. “There’s not a lot of competition and we’ve got growth.

“It’s not go-go growth that you find in Calgary or Toronto where you just go out and get the next 100 acres. We don’t have that kind of growth, so location becomes key.

“We always get land for the long term. Some of our sites we’ve had for 20 years.

“To acquire a site that big in a city as old as Winnipeg and for it to be right next to the interchange and right next to Red River, it’s kind of the next development site. We’re not orphaning any land by going further out.

“It’s next and it’s modern, and it’s new. New construction, ample parking, fantastic signage opportunities. We’re able to work so well for the development. Access and egress, turning lanes. It’s going to be very comfortable to get into.”

The ownership group acquired the land in 2009 from the Red River Exhibition and Shindleman said, simply, “it’s time” to build there. Shindico is partnered with 4818106 Manitoba Ltd. (John Pearson, Brennan Pearson and the Pearson Family), and Prairie Ventures Limited Partnership on the property.

“We’re working with various vendors and various building types to try to make it as affordable as possible.”

Shindleman said underground work at Westport has been taking place since the spring and will continue through the winter. Two of the multiresidential sites have begun construction on the property.

“We have all the circulation roads done, the roundabout, the controlled intersection to Portage Avenue is all done,” Shindleman said.

“The hotel site we haven’t settled on a final operator. We have two hotel potential sites on the property on Racetrack Road. We envision one being either a full-service or a limited-service and one potential extended-stay product,” Shindleman explained. “Those would be 100 to 140 rooms each.

“We expect to be sub-anchor and major leasing this year for the usual suspects, from dollar stores to more QSR, more service.

“It’s the next logical place for retail on Portage Avenue and of course there’s been a lot of both multires, office and residential further west.

“The Red River Ex will do an industrial park if all the leasing goes well.” 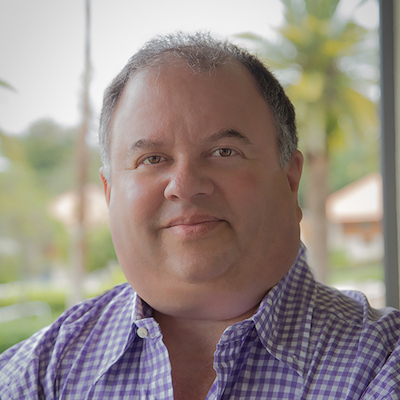 Shindleman said there will be more than 1,000 residential homes, mostly apartment-style and rental. However, there will also be some condos.

“It’s all apartment style (rental) right now. That seems to be what all the demand is,” he said.

Forthright Properties is planning six buildings on the site – four of 68 suites and two with 58 for a total of 388 suites. Two are under construction and Forthright will likely start two buildings per year for the next two years, depending on the market and construction materials.

Deveraux Group of Companies also has two buildings under construction, with 73 and 85 suites for a total of 158. All four should be delivered within about 18 months.

Ironclad Developments is also under contract to build two buildings, comprising 229 units, with a likely construction start of late 2023 or early 2024 and an 18-to-24-month construction window.

“There will be several strip centres, a mix of anchors and non-anchors, a little more walkable site because of the residential component. We have room for more department store merchandise.

“We haven’t got anything finalized yet but that will likely be the case.

“There’s a shortage of food service out there of all kinds – family, QSR, quick casual – all the franchises that need to be out there we’ll have room for.”

Shindleman said the timeline for full build-out is 2026.

What’s around the Westport property

There will also be office and industrial space in the future on the Red River site.

Also, the nearby Pointe West Auto Park, the largest auto mall in Manitoba with 17 brands, is full.

“Leasing has been very brisk, small-bay especially. A lot of people are investing. The grocery stores have been updating their offerings and renovating. There’s not a lot of new nodes created,” he said.

“For us, (Westport) is an opportunity to use our best practices from a business we’re involved in out east called Main + Main Developments. They’re mixed-use developers, high-rise concrete residential builders.

“We just have a lot of momentum. The leasing agents have never been busier.”

EDITOR’S NOTE: This article was updated after publication to include additional information about the ownership group of the property and the development, and to indicate that the child care centre is already in operation.

Steve McLean Residential Redevelopment Ontario Jun. 24 2022
M
Mario Toneguzzi Business reporter
Mario Toneguzzi, based in Calgary has 37 years of experience as a daily newspaper writer, columnist and editor. He worked for 35 years at the Calgary Herald covering sports, crime, politics, health, city and breaking news, and business. For 12 years as a business writer, his main beats were commercial and residential real estate, retail, small business and general economic news. He nows works on his own as a freelance writer and consultant in communications and media relations/training.