Starlight and Timbercreek have purchased seven Toronto apartment buildings from Signet Group for... 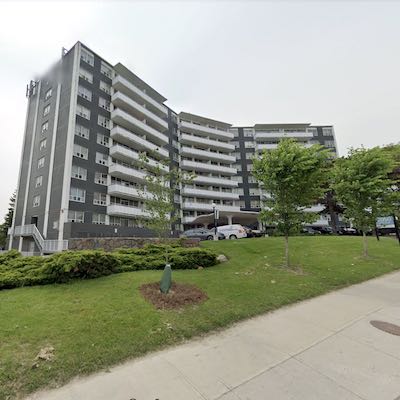 The portfolios, which comprise 675 apartments located within the City of Toronto, range from a 187-apartment high-rise to an 18-apartment block.

The sale closed on Aug. 7, but none of the firms involved publicly announced the transaction.

Starlight purchased four of the properties for about $113 million, while Timbercreek bought the other three for about $80 million, according to data supplied to RENX by Altus Group. They are (listed from smallest to largest):

Signet Group is a Toronto-based property owner and manager, with interests in both multiresidential and commercial properties (spanning the retail, office and industrial sectors).

Although he was not able to speak about the buyers or sellers due to confidentiality restrictions, Colliers International senior sales representative Dayma Itamuloana said the portfolio comprises buildings constructed mainly in the 1960s and 1970s.

As such, they fall into the “value-add” types of properties which have been most coveted by purchasers during the COVID-19 pandemic.

“A number of them would have some decent cap-ex put into them, including new boilers,” Itamuloana said.

“But, certainly (there is) room for capital improvements when it comes to potentially modifications to the parking garage, new roofs, balconies, that kind of thing.

“These would be properties that would likely be part of a value-add kind of operation for the buyer.”

The team of Itamuloana, Good Cook, John Powell and Thomas Cattana at the Colliers Toronto office brokered the transaction.

It’s the latest deal to be unveiled during a busy couple of weeks for apartment sales.

Among the other transactions, both CAPREIT and InterRent purchased Southwestern Ontario portfolios from Homestead Land Holdings. CAPREIT also purchased a new 88-unit building in Halifax.

Despite an almost complete shutdown on transactions for about a month when the pandemic hit in March, multiresidential transactions in Toronto were only off by 15 per cent year-over-year in Q2 2020, said Wong. That gap could quickly close during the coming months.

“It’s mainly in the older stock that is moving,” Wong acknowledged, “and that is the challenge in the market right now, that it’s getting tougher and tougher to find those types of assets.

“We definitely see from an investor demand perspective that they are focusing on their goals and strategic directions again after a three-month pause and reflection. We know everyone is looking for assets, especially with the apartment players.

“It will be interesting to see the second half of the year.”

Wong said one factor which could slow deals is discrepancies in pricing expectations.

Vendors aren’t looking to discount their properties, but Wong said buyers might be expecting cap rates to move up to 20 basis points due to the possibility of rent deferrals, abatements or bad debt as a result of the pandemic.

Starlight is a privately held real estate investment and asset management company which by the end of 2020 expects to be Canada’s largest landlord with nearly 60,000 apartment units.

Starlight and its entities currently own 30,000 suites and have recently acquired, with partner KingSett Capital, the 26,723-suite portfolio of Northview REIT. Starlight also has 10,000 suites in the U.S. and seven million square feet of commercial property.

It manages a total of $14 billion in housing and commercial assets.

Timbercreek in a Toronto-based real estate investor, developer and manager with more than $10 billion in assets under management in North America, Europe and Asia. It has 19 global offices.