The former Skyline Commercial REIT has both a new name – Skyline Industrial REIT – and a new lead... 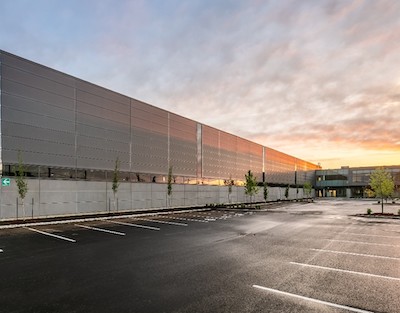 The former Skyline Commercial REIT has both a new name – Skyline Industrial REIT – and a new leader overseeing its strategic growth and performance.

Mike Bonneveld, previously director of acquisitions and vice-president of Skyline Asset Management Inc., has succeeded Michael Mackenzie as president of the REIT.

The real estate investment trust changed its name to reflect the evolution of its portfolio composition and increased weighting in the warehousing, distribution and logistics sector.

The move had been discussed for about a year, Bonneveld told RENX in an e-mail interview.

“We believed that as a result of the REIT’s increasing focus on more modern warehousing and logistic-focused assets, the REIT’s name should be changed to better reflect this strategy, its portfolio composition, and target sector,” he wrote.

Bonneveld has more than 25 years of experience in Canadian real estate and has been with Skyline since 2009.

During that time he has focused on the continued growth and expansion of Skyline’s real estate investment portfolios through sourcing and facilitating acquisitions and monitoring asset performance.

Mackenzie had been president of Guelph-headquartered Skyline for eight years and remains active in overseeing its activity in his new role as a trustee of the REIT.

Skyline Industrial REIT’s portfolio totalled more than 6.69 million square feet and was valued at more than $1.2 billion as of March 31.

Its 55 properties in five provinces and 33 communities had a 98 per cent occupancy rate and a weighted average remaining lease term of just under eight years, as of that date.

Skyline Industrial REIT has sold almost $500 million of assets since mid-2021 as part of its repositioning to focus more heavily on warehousing, distribution and logistics properties.

That continued most recently on July 6 with the $4.5-million sale of a 50,076-square-foot mixed-use commercial building situated on three acres of land in the Southwestern Ontario town of New Hamburg.

The disposition program is essentially completed, according to Bonneveld, who said capital from those sales will be redeployed effectively for unitholders into best-in-class warehousing and logistics assets.

“The sale of a lot of our older, smaller-bay, multi-tenant properties was a result of our beliefs that these types of assets’ values would be more susceptible to interest rate hikes, moreso than the newer, more institutional-quality assets,” said Bonneveld. 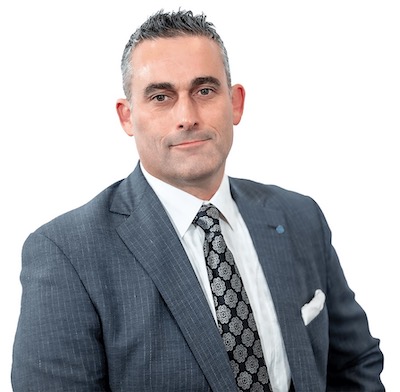 Skyline Industrial REIT has also been active on the acquisition front this year.

It purchased a 95,000-square-foot industrial building at 465-473 Jutras Dr. S. in Windsor that sits on 8.12 acres. SyBridge Technologies is its sole tenant.

Skyline also acquired a 325,777-square-foot, state-of-the-art facility at 151 Reverchon Ave. in the Montreal suburb of Pointe-Claire – the first asset completed as part of its development partnership with ROSEFELLOW.

A 10-year lease at market rents has been signed with coffee company Nespresso Canada for the facility.

Skyline has eight additional development assets totalling just over two million square feet in Montreal in partnership with ROSEFELLOW that should be completed over the next 24 to 36 months, according to Bonneveld.

He noted that virtually all are ahead of schedule and leasing above pro forma.

“Our partners at ROSEFELLOW have proven to the market that they build class-A properties, have a great nose for quality locations and, as a result, we believe we slowly are assembling one of the premier portfolios in the City of Montreal,” said Bonneveld.

“The Canadian industrial market, I believe, continues to be very strong from a tenant demand and rent standpoint,” said Bonneveld. “We continue to see significant rent growth with our existing tenants and, where vacancies have occurred, new rents are well in excess of our initial budget expectations.

“Our focus on logistics and warehousing in key markets such as Montreal and Calgary has been the key to the REIT’s top-line growth.”

Bonneveld said Skyline tries to be opportunistic with its acquisition and disposition strategies and he believes each market is different and unique.

“Investment prices have very much escalated over the past 24 months, but we try and be mindful of tenant demand, replacement costs and occupancy trends that we are seeing and are being communicated with us by our tenants, whom we work closely with.”

Danny Kucharsky Commercial Development Greater Montreal Feb. 28 2022
Steve McLean Business reporter
Steve is a veteran writer, reporter, editor and communications specialist whose work has appeared in a wide variety of print and online outlets. He’s the author of the book Hot Canadian Bands and has taught reporting to college students. He is based in Toronto.