SmartREIT teams up with SmartStop on self-storage 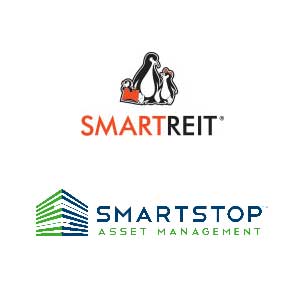 SmartREIT (SRU.UN-T)) had been looking at various uses for vacant land associated with its properties and, after meeting with a number of parties, decided SmartStop and its self-storage centres were the best strategic and cultural fit to develop sites adjacent to its shopping centres, starting in the Greater Toronto Area (GTA).

“It allows us to add complementary activity to our sites, which takes up a modest amount of space and few parking spots, which will drive additional traffic to our sites, allow us to participate in a growing industry with an established player, and leverage all of the expertise we have within our development platform while unlocking value in underutilized parcels of land,” said SmartREIT chief executive officer Huw Thomas.

It has 103 self-storage facilities throughout the United States, the GTA and Ontario’s Golden Horseshoe. It also owns student housing in Reno, Nev.

SmartStop operates 12 facilities in Brampton, Burlington, Milton, Mississauga, North York, Oakville, Pickering and Scarborough. It’s developing additional locations in North York and Hamilton through purchases made last year, and this new relationship should make it easier to expand in the GTA and other cities across Canada.

Self-storage is a growth market

“All of the market analysis we have seen indicates that there is a very strong market opportunity for this type of facility,” says Thomas. “Canada is much less developed than the U.S. in this area, and we are optimistic that partnering with a strong established entity will provide us with lots of opportunity.

“The self-storage market is driven by death, divorce, downsizing and disaster, all of which stimulate demand for extra space. The significant increase in condominium development also supports the need for additional space for a variety of uses.”

Opportunities to include leasable retail

In addition to enabling SmartREIT to further intensify its portfolio and generate additional funds from operations, the joint venture should also create opportunities to include leasable retail in certain locations.

“They are unlikely to be large retail developments, but typically could be 5,000 to 15,000 square feet in total,” said Thomas.

Two still unspecified locations adjacent to existing GTA shopping centres have been confirmed. Plans for another 10 to 15 are under consideration for potential development, according to Thomas, who would like to roll out as quickly as possible, subject to market conditions, zoning and other constraints.

“I would hope that by the end of next year we would have activity on at least 10 sites, with hopefully three or four of them open.”

Typical facilities arising from the partnership will range in size from 75,000 to 125,000 square feet and include rental units of various sizes.

SmartREIT is expanding its portfolio to include residential and office buildings, either on its large urban properties such as the Vaughan Metropolitan Centre or as an adjunct to its shopping centres.

“This announcement highlights just one of a series of initiatives we are undertaking to add further opportunities to our sites, including residential in various forms, and we expect in due course seniors housing developments, again in JVs with established operators,” said Thomas.

“Ultimately, we are leveraging two of our key assets, being parcels of well-located land and the experienced development platform we own.”