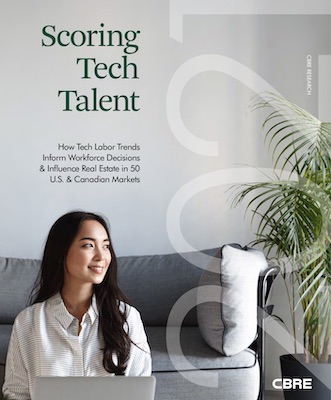 The 2021 CBRE Scoring Tech Talent report features Toronto at No. 4 and Ottawa at No. 10.

Eight Canadian cities ranked among the Top-50 in North America in CBRE’s 2021 Scoring Tech Talent report, led by Toronto at No. 4 for a second straight year.

The ninth annual report offers compelling evidence that technology talent employment across North America has weathered the pandemic better than most other professions, particularly in Canada. In a year where overall employment contracted by six per cent, tech employment increased by 11 per cent and employment for software developers and programmers increased by 15 per cent, according to Meehan.

“Tech companies are looking to grow now more than ever and Canadian cities offer depth of talent and affordable labour,” he added.

The role of immigration

Immigration plays an important role in the performance and outlook for the Canadian tech industry and its reduction due to pandemic restrictions curtailed even more growth in the sector.

“The lack of immigration is affecting companies’ ability to grow and they’ve had to hire people from outside the country as freelancers,” said Meehan. “But that’s a stop-gap solution and not a long-term solution.

Tech talent was defined in the report as 20 key tech-related professions, such as software developers and systems and data managers, across all industries.

The report ranked the top 50 North American markets by analyzing 13 measures of their ability to attract and develop tech talent, including tech graduation rates, tech job concentration, tech labour pool size, and labour and real estate costs, among others.

“For any large or growing U.S. tech company, if they didn’t complete a deal in the last two years to expand their space in Canada, they’re looking to do it now,” said Meehan. 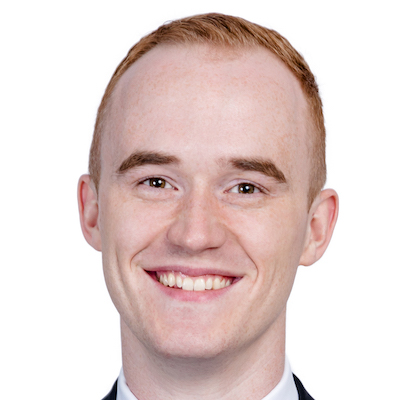 Ottawa ranked No. 10 on the top 50 list, moving up four spots from last year, while Vancouver moved up one spot to No. 11, Montreal held steady in 16th and Calgary jumped six spots into 28th. Three Canadian markets made inaugural appearances in this year’s rankings: Waterloo Region at No. 21; Quebec City at No. 34; and Edmonton at No. 38.

Toronto was tops in North America when it comes to brain gain, adding 81,200 tech jobs over the past five years while producing 26,338 tech degrees in the same time period for a “net brain gain” of 54,862 jobs.

“That shouldn’t be a surprise, given how much Toronto relies on international immigration,” said Meehan.

Montreal was third on the brain gain list, with 15,772 more jobs produced than degrees in the last five years. Three other Canadian cities were also in the top 10: Vancouver, Edmonton and Ottawa.

Edmonton has been North America’s fastest-growing tech market (the sector has grown by more than 53 per cent) over the past five years, in part fuelled by the presence of the University of Alberta and the provincial government as well as the expertise in artificial intelligence research that has been germinated there.

Ottawa was the highest-ranked market in North America for tech employment concentration, with tech jobs making up 11.6 per cent of total jobs in the National Capital. Toronto and Waterloo Region were third and fourth, with Montreal, Vancouver and Quebec City ranking seventh through ninth respectively.

Waterloo Region was the most affordable tech talent market in North America, and Canadian cities held the top eight spots in that category, with Montreal, Quebec City, Vancouver, Toronto, Edmonton, Ottawa and Calgary placing second through eighth respectively. Wages and rents were the key drivers in those rankings.

Meehan expects to see wage growth accelerate in the Canadian tech sector, as there’s more hiring and competition and movement into smaller markets beyond gateway cities.

“There historically has been a loss of talent to the U.S., but I think that’s starting to change,” said Meehan. “As Canadian cities start to perform better, I think that talent is going to become more incentivized to stay in Canada as there are more and more success stories.”

The report also ranks the next 25 emerging tech markets by a narrower set of criteria. Halifax ranked seventh on that list and London ranked 10th.

“It’s a little bit more challenging for smaller markets to make the top 50 rankings,” said Meehan. “Larger markets do have an edge and that’s reflected in the site selection processes of many Canadian tech companies, but that’s not the end-all and be-all.”

Waterloo Region ranked first on that secondary list last year before graduating into the top 50 in 2021. CBRE manager of Canada research Christina Cattana said Halifax has strong potential to do the same.

“They have a really good growth number on a five-year basis. They grew by 24 per cent over the last year and they’re home to the Atlantic supercluster for tech. There’s a lot of good stuff happening there right now.”

“Tech is universal, especially in today’s age where remote work is becoming increasingly facilitated and supported by companies,” said Meehan. “What that means is we’re seeing tech growth in large cities, but it’s also very active in smaller cities.”

Catching up to the top American markets

The San Francisco Bay Area is injecting considerable levels of new talent into the market through tech and tech-related degrees and research and development funding, both of which boosted its score.

It’s home to top-ranked computer science schools like Stanford University and University of California, Berkeley and is adding an average of 10,000 new graduates to the labour pool each year.

By comparison, the top Canadian market for tech degrees is Toronto, which produced just over 6,200 degrees in 2019. This includes graduates from Hamilton’s McMaster University and Oshawa’s Ontario Tech University, which are prominent computer science schools in the area.

Meehan said Canada has 60 per cent more tech workers per capita than the United States, but many of them are employed in non-tech industries. To catch up to the leading American markets, Meehan said more core tech companies will need to start operating in Canadian cities — which is already happening.

Steve McLean Commercial Proptech National Jun. 18 2021
Steve McLean Business reporter
Steve is a veteran writer, reporter, editor and communications specialist whose work has appeared in a wide variety of print and online outlets. He’s the author of the book Hot Canadian Bands and has taught reporting to college students. He is based in Toronto.