Winkler a small city with a big appetite for industry

If you bring up Winkler, Man., on Google Maps and scroll way out, you might notice something inte... 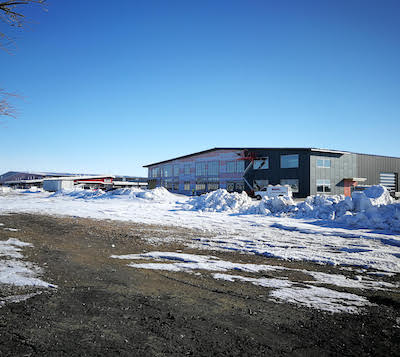 If you bring up Winkler, Man., on Google Maps and scroll way out, you might notice something interesting about the city of about 14,000. It’s located pretty much right in the centre of continental Canada and the U.S.

“That has put us strategically in the right location,” he said.

The city’s geographic location is but one explanation for the Prairie city that in recent years has seen a dramatic increase in demand and development for new industrial space. The city is also experiencing rapid population growth in relation to its size.

Stakeholders say one major reason for the growth is that Winkler takes a proactive approach to its industrial development.

“(In) 2017, there was a significant increase in our building permits overall in the city,” Harder said. “But in 2018, it more than doubled.”

Last year, Winkler had $88 million in building permits. A “great” year would normally see about $40 million in such activity, he said.

About 50-60 per cent of those permits were for commercial-industrial properties, Harder said, listing a 100,000-square-foot manufacturing facility for RV parts maker Icon Technologies; a 35,000-square-foot space for local furnace-maker Steel Tech; and a manufacturing plant for Lode King Industries, which makes flat-beds and hopper trailers, among the new projects.

“But there are lots of smaller (buildings) that are not insignificant, but . . . are the types of businesses that Winkler is built on,” Harder said.

Most of the region’s largest companies grew from shops with only two or three employees.

“Steel Tech as well as Lode King Industries are two companies that literally employ hundreds of people, but they started with two or three,” he said.

Part and parcel to Winkler’s remarkable growth has been its population base. The city was the fastest-growing community over 5,000 people in Manitoba according to the 2016 census.

All this activity has been getting Winkler notice well outside its boundaries.

“We’re seeing a lot of investment,” said Kevin Salsberg, the senior vice-president of real estate for CT Real Estate Investment Trust (CRT-UN-T), a public company spun out of Canadian Tire in 2013 which owns and manages retail space across the country.

“The number of properties, primarily industrial, over the last year that are being built for (the Winkler-Morden area) I would call record-breaking,” he told RENX in an interview.

CT REIT owns 342 properties for a total of 26.5 million square feet. Most of its holdings contain Canadian Tire stores, or are anchored by Canadian Tire banners, including Mark’s Work Wearhouse.

Salsberg said Winkler and neighbouring Morden co-exist as one market and together form an attractive investment opportunity for companies of various sizes. In 2016, CT REIT purchased Winkler’s Southland Mall, which includes a Canadian Tire store.

“It was almost like the health of the Canadian Tire store was a good screen for the market and then as we dug deeper (we) discovered a lot of positives,” he said.

Salsberg said Winkler has a strong agricultural base, skilled manufacturing labour, high in-migration numbers and a municipal government which continues to invest in its infrastructure.

“It seems to be a community that believes in reinvesting in itself,” he said. 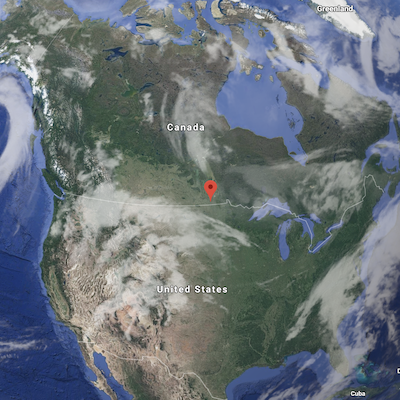 Winkler sits pretty much in the middle of North America, a location the city’s mayor says serves it well. (Google Maps)

Part of that strategy has been for the city to subsidize the development of its local industrial parks, Harder said.

“We buy a piece of land and then we start developing the land and we sell lots (to businesses) that are fully . . . serviced,” he said. The city develops the sites with sewer, power, roads and single-line fibre optics service. “We are now on our fourth industrial park that has been developed over the decades in Winkler.”

The City of Winkler doesn’t act as builder, but it’s been effective at providing the ready-to-build sites to private companies to put up their workspaces, said Dave Kasdorf, a property broker at Choice Realty in Winkler.

Kasdorf estimates the local industrial vacancy rate to be less than five per cent.

Winkler expanded its newest industrial park about two years ago, and stakeholders thought it would create enough land to keep up with demand for about five years. Now it appears the new space will be taken up in half that time.

Most of the demand is coming from businesses with 10 to 20 employees, but larger manufactures have also been scaling up.

The city’s development structure seems to be working, Kasdorf said.

“We are punching above our weight in regards to what’s happening with industry and manufacturing in our community, compared to communities of a similar size.”