The rapidly expanding multifamily sector now has an internationally recognized standard for digit... 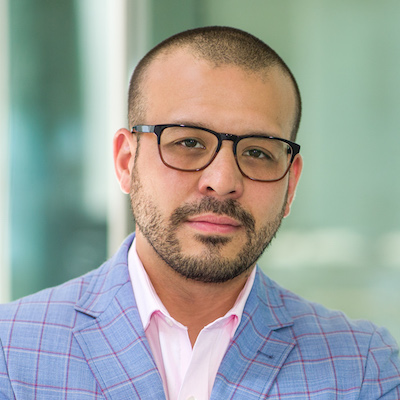 Andrew Freitas is the head of Canadian operations for WiredScore. (Courtesy WiredScore)

The rapidly expanding multifamily sector now has an internationally recognized standard for digital connectivity with the launch today of WiredScore Home in Canada and the United States.

WiredScore has created the certification – its third after the original WiredScore for offices and SmartScore for smart buildings – to offer a measurable standard which consumers can recognize when they are choosing a place to live or rent.

“We actually launched this in 2019 quite successfully in the United Kingdom, to what they call the build-to-rent market, which is our multifamily of course,” said Andrew Freitas, WiredScore’s head of Canadian markets, in an exclusive interview with RENX. “Frankly, the reception has been really great.

“The timing is almost obvious in the sense that we’ve all just had pains over the last year-and-a-half having to work and do everything virtually from home. What we’ve done is brought the similar digital connectivity rating platform benchmark certification to the multifamily space.”

Freitas said the program launches in North America with 41 development projects owned by 25 companies. The certification will also be available to the owners/operators of existing multifamily buildings.

In Canada, companies such as Starlight Investments, KingSett Capital, Cadillac Fairview, Cogir, Grosvenor Americas, BentallGreenOak and Crecco all have projects committed to the standard.

In the U.S., other big names such as Greystar, Hines, JP Morgan and Kane Realty are involved.

Some of the individual developments include KingSett and BentallGreenOak’s 99 Gerrard West in Toronto, Starlight and KingSett’s Art Haus in Kitchener, Ont., and Grosvenor’s eight-acre development at the Brentwood Town Centre in Metro Vancouver.

“It’s a really great group of forward-thinking, top owners who are acknowledging that there is a need for a standard, but again that there is a real need to translate that,” Freitas said.

“Ultimately renters want to know how well-connected am I? Will I be dropping a Zoom call at work? Can my kids get educated? You’ve got gamers.

“There is an average of about a dozen connected devices in the average Canadian home. . . . It is just something people really need to understand when they are choosing their homes.”

“It really is a basic human right. COVID really highlighted that because children who were in a home that wasn’t connected couldn’t go to school, people couldn’t do their jobs,” Freitas said.

“Digital connectivity, internet connectivity is the fourth utility. It was funny, I was talking to a developer in the U.S. who does a lot of student housing and I made that comment in our meeting. He stopped me and said ‘Andrew let me explain something; in student housing, it is the only utility.’

“He goes, ‘Those kids could have no heat and running water but if they are connected they are fine.’ ”

On the technical side, one of the differences between the office certification and the multifamily program is that connectivity must be achieved in individual housing units, rather than across larger tenant spaces.

“We are generally looking at the master-planning, the telecommunications room or hub, as well as the building and apartment-level infrastructure,” he explained.

“It’s kind of the outside, in and up. How are the services coming in, who is owning that infrastructure, how is that planned out, where is it stored and how is it distributed?”

WiredScore was founded in New York City in 2013, launching its rating system to help landlords design and promote buildings with powerful digital connectivity.

Operations have since expanded into Canada, the United Kingdom, France, Ireland, Germany, Australia, the Netherlands, Italy, Spain and Portugal.

More than 650 million square feet of commercial and residential space have been committed to WiredScore and SmartScore certifications.