From the metaverse to office occupancy, bricks-and-mortar shopping to the dramatic rise in quasi-... 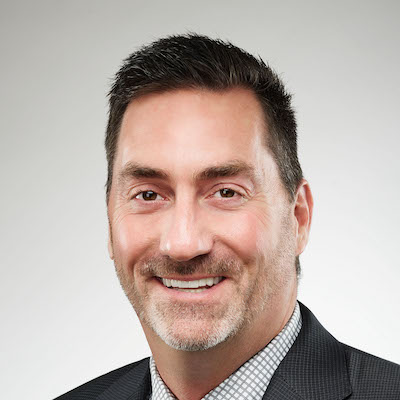 From the metaverse to office occupancy, bricks-and-mortar shopping to the dramatic rise in quasi-retail fulfillment centres, Avison Young chair and chief executive officer Mark Rose had a lot on his mind as he prepared for a presentation this week at the World Economic Forum in Switzerland.

Rose was among a group of international experts who spoke about the rise of the stay-at-home economy at the forum and shared some of his ideas with RENX.

Rose said office occupancy is between 30 and 50 per cent of where it was pre-pandemic, but noted that in years past when people were generally at the office five days a week, they were often only sitting at their desks 40 per cent of the time.

Today, he believes most office workers would prefer to be in the office from Tuesday to Thursday but work from home other days, which would significantly cut down on their commuting times.

However, he expects it will take another two years before there’s a firmer handle on office occupancies and the issues surrounding return-to-work. He believes there are benefits to employees interacting with their colleagues and superiors in an office environment.

“More people will come back because there’s a little bit of fear of missing out, fear of not being promoted or fear of not hearing something that might help to develop them.”

Rose thinks companies may still need as much office space as in the past, but that it will be utilized differently.

“It means the office needs to be a bit more experiential and give people a reason to be there. But today, workers have the upper hand. They’re dictating their wants,” he said.

“Now, I hope we don’t see this, but if it does change and if there are recessions and people need jobs, I think employers will probably make this part of their offers: folks are going to need to come to the office a bit more.”

Rose said having fewer people on the streets has also led to concerns about safety and rising crime in some cities, particularly in the United States. Criminals may feel they can get away with more if there are fewer witnesses around.

Rose frequently travels as part of his job and said it has broken his heart to see homeless people lying in front of closed-up stores in places including San Francisco, Austin, Denver and New York City.

He’d like to see public-private partnerships created to deal with housing, livability, safety and security issues.

Rose said peers who declared the death of traditional retail early in the pandemic had it wrong, as people want to get out of their homes to shop and interact. Some data shows online shopping is decreasing in some markets and people are returning to malls, he said.

To illustrate this, Avison Young’s Retail Vitality Index for the week ending May 8 showed foot traffic in Canadian malls was up 102 per cent since Boxing Day in 2020.

Rose also believes that a distinction must be made between retail properties that act as showrooms and retail fulfillment centres.

“We have never seen this level of explosion of retail real estate in the history of the world,” said Rose. “It just happens to be called industrial or fulfillment.

“Distribution retailers didn’t go away. Buying got bigger, warehousing and logistics got bigger. It didn’t get smaller and retailers are behind it. It’s not just Amazon.”

Grocery-anchored retail also remains strong, according to Rose, as people want to look at and choose their produce and other items before buying it.

The role of the metaverse

Rose believes the metaverse — a virtual-reality space in which users can interact with a computer-generated environment and other users — will play a key role in the evolution of retail.

“We’re going to move from Oculus (virtual reality) glasses to holograms over the next three to 10 years,” said Rose.

“You walk into the metaverse store, take a box off the shelf where the shoes are and use the hologram to put them on your feet to see what they look like. And I can almost guarantee you that they’re going to be able to give you the sensation of what you’re trying on.”

The environment and sustainability

Rose said the United Kingdom has mandated all properties be graded to rate their environmental performance. If the building doesn’t meet certain standards, in the future the owner won’t be allowed to lease it.

He envisions similar policies being instituted in Canada, as tenants prioritize being in efficient, healthy and environmentally friendly buildings.

Some retail and office landlords have experienced hardships due to the pandemic as they were initially forced to close, or open with limitations, and rent collections were sometimes impacted.

Those who own older and less efficient buildings were often hit harder and now face significant choices.

“If you had a C-class mall in a small city that is running off of fossil fuels, you had a problem in the first place,” said Rose. “It has nothing to do with the pandemic.”

Rose said building owners who can’t afford, or aren’t interested in, upgrading or redeveloping such properties, should consider divesting to those that have the finances and ability to do it.

He also believes there should be more conversations involving governments and the private sector regarding infrastructure investment to help make buildings cleaner and more efficient.

Bill Argeropoulos Commercial Market Trends National Jun. 25 2021
Steve McLean Business reporter
Steve is a veteran writer, reporter, editor and communications specialist whose work has appeared in a wide variety of print and online outlets. He’s the author of the book Hot Canadian Bands and has taught reporting to college students. He is based in Toronto.