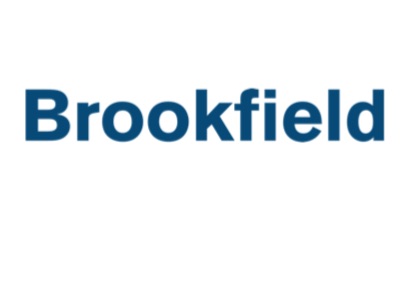 Brookfield Asset Management (BAM-A-T) and unnamed “institutional partners” are proposing to take Brookfield Property Partners LP (BPY-UN-T) private in a transaction they value at about $5.9 billion (all figures US unless otherwise stated).

In its announcement Monday morning, Brookfield Asset Management offers $16.50 for each limited partnership unit of Brookfield Property Partners (BPY) which it does not already own – approximately 357.6 million units, according to BPY. The offer represents a premium of 14.9 per cent and 14 per cent, respectively, to the closing price of the units on the TSX and Nasdaq, respectively, on Dec. 31, 2020.

It is also a premium of 8.9 per cent and 29.4 per cent, respectively, to the 30-day and 180-day volume-weighted average price of BPY units on the Nasdaq.

“The privatization will allow us to have greater flexibility in operating the portfolio and realizing the intrinsic value of BPY’s high-quality assets,” said Nick Goodman, CFO of Brookfield Asset Management, in the release.

Unitholders are being offered the following options:

* or 0.66 of BPY preferred units with a liquidation preference of $25 per unit.

If unitholders opt to receive more than $500 million in BPY preferred units, the amount of these units can increase to a maximum of $1 billion. The maximum cash consideration would not be affected.

“The offer presents an excellent opportunity for BPY unitholders to either monetize their units in cash at a premium to recent trading prices, continue to invest with us in the upside of the portfolio via Brookfield shares, or select BPY preferred units designed for income-oriented investors who would like to maintain similar dividend income which they receive from BPY today in a preferred instrument, based on what is best for them,” Goodman said in the release.

Brookfield says class-A stockholders of Brookfield Property REIT Inc. (BPYU-Q) will be entitled to receive the same per share consideration as BPY unitholders under the proposal upon exchange of their shares into BPY units. It also expects BPYU 6.375 per cent Series A Cumulative Redeemable Preferred stock would be redeemed at its par value of $25 per share as part of the proposed transaction.

Brookfield is not proposing to acquire other securities of BPY and its subsidiaries, including existing preferred units of BPY and preferred shares of wholly owned subsidiary Brookfield Office Properties Inc.

BPY has acknowledged receipt of the proposal, and has appointed a special committee of independent directors to consider it and ascertain an independent valuation of BPY units. Once this is available, Brookfield says it will seek a definitive agreement with BPY to present the transaction to unitholders.

BPY owns and operates 139 “premier” office properties around the world and 122 retail assets, mainly in the United States, according to its Q3 2020 financial report. The portfolio spans about 214 million square feet of space and was 91 per cent and 93 per cent occupied for its office and retail properties, respectively.

Among its most significant holdings is Canary Wharf in London (UK), where it has a number of office, multifamily and hotel developments underway. It is also developing the 2.1 million square foot One Manhattan West office tower in New York; the Bay Adelaide North tower in Toronto; and 1 The Esplanade in Perth and Brookfield Place in Sydney, Australia.

Like most property owners, the ongoing pandemic has hit its valuations, with BPY writing down property values by almost $1.4 billion through Q3 2020. That includes $1.13 billion on its retail assets.

Blackstone to buy Simply Self Storage from Brookfield