In a tale of two struggling office markets, Calgary’s loss is St. John’s gain with the announceme... 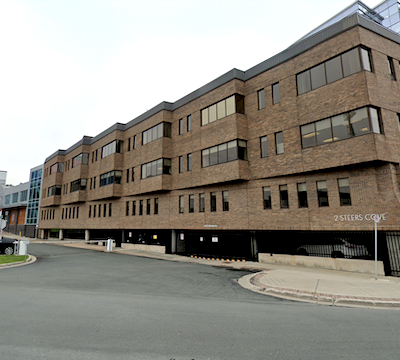 In a tale of two struggling office markets, Calgary’s loss is St. John’s gain with the announcement oil company Equinor will be relocating its Canadian headquarters.

The Norwegian company, formerly known as Statoil, is consolidating offices to improve organizational efficiencies and better align with its Canadian strategy.

Equinor sold its Alberta oil sands asset to Athabasca Oil Corporation in 2017 and is now focused on offshore projects in Atlantic Canada. The company owns a minority stake in the Terra Nova, Hebron and Hibernia offshore projects in Newfoundland and Labrador and is operating in seven other non-producing offshore licenses in the region.

Equinor is laying off about 30 per cent of its 120-person Canadian workforce, but will keep a small oil marketing and trading team in Calgary. The employee base had been fairly evenly distributed between Calgary and St. John’s up to this point, Equinor Canada head of communications Alex Collins told RENX in an email exchange.

“Equinor Canada currently leases nine floors at Jamieson Place in Calgary (308 4th Ave. SW). As Equinor’s Western Canadian business interests have declined in recent years, about two-thirds of this space has already been sublet, with a plan in process to sublease the remaining space.”

Equinor has leased space at 2 Steers Cove in downtown St. John’s since 2011. Collins said it will be able to accommodate the consolidation of the two offices.

“We will see a higher number of employees in St. John’s due to the relocation of roles, but are unable to provide specific numbers on personnel,” said Collins. “While exact timeframes will be determined related primarily to COVID-19 restrictions and guidelines, we anticipate the physical consolidation to take place in mid-2021.”

It was built in 1981 and consists of covered parking on the first floor, a lobby and three floors of office space with approximately 10,000 square feet per floor, with an additional 6,000 square feet of overflow space.

There was also a renovation of the washrooms on the second level to match those on the third, and staircases were updated.

Equinor is the sole tenant of The Cormack Building, which is located across the street from the St. John’s Convention Centre and overlooks the city’s harbour. It’s within easy walking distance of downtown shops and restaurants.

Baird Allen told RENX that Equinor increasing its presence in The Cormack Building could help boost the desirability of downtown office locations again.

St. John’s is comparable to Calgary in that their economies are somewhat prone to boom and bust cycles linked to the oil industry, and both cities are in down periods. The Newfoundland and Labrador capital had an 8.7 per cent unemployment rate in December, according to Statistics Canada, while Calgary’s was 10.9 per cent.

“The economy in St. John’s was booming a few years ago and vacancies were incredibly tight,” said Baird Allen, who noted that triggered construction of new class-A office space which arrived just in time for a crash in oil prices.

“The demand, which previously was there, dried up relatively quickly. So some of those buildings have been successful in leasing some of the space and some of them have some vacancies still.

“But, a lot of the time when you have a new building that comes to the market, there’s lateral movement. The new building might fill up, but it’s at the expense of someone else.”

Turner Drake just released a report that surveyed 88 St. John’s office buildings encompassing 3.95 million square feet of space. The total amount of rentable office space increased by 1.05 per cent over 2019, while the overall vacancy rate rose to 19.99 per cent from 15.6 per cent.

While St. John’s has been impacted much less by COVID-19 than most other places in Canada, many of its offices are still empty due to pandemic precautions.

“Companies in all likelihood are going to come back to it when it’s safe to do so,” said Baird Allen.

She acknowledged some firms may think the work-from-home model works well enough for them that they can cut a major expense by shedding office space.

A small amount of office construction has continued despite the economic downturn, as Baird Allen said demand remains for class-A, low-rise space in suburban areas where it’s cheaper to build, free parking can be offered, and people can avoid crowded elevators while there are concerns about physical distancing.

Downtown St. John’s is hurting the most

An exodus of businesses from downtown, including ExxonMobil leaving leased office space on New Gower Street for a building it acquired on Hebron Way in the east end of St. John’s, contributed to the downtown vacancy rate jumping to 37.46 per cent, with net absorption of negative 143,639 square feet, in 2020.

“It’s better for a city to have a vibrant downtown and taking office workers — even though they still might be employed in the city and contributing to the city’s economy — out of downtown and reducing daytime population is probably not ideal in terms of the overall economy of the city and the vibrancy and attraction of it,” said Baird Allen.

“It can be very harmful to the businesses that depend on the daytime population, like restaurants that people may go to for lunch or shops that people might drop into on their way home from work.”

Turner Drake forecasts a 4.45 per cent decline in St. John’s office space demand for 2021 and the overall vacancy rate is expected to rise to 24.06 per cent.

St. John’s has the highest rental rates in Atlantic Canada because of its proportionally high percentage of class-A office space due to recent construction. While rents have remained relatively steady since 2015, there’s been some downward pressure over the past two years.

“I would expect that’s going to continue for the year ahead, partly because it’s starting with such a high rate to begin with and vacancies have been sustained at quite high levels, and that isn’t expected to improve,” said Baird Allen.

“I would expect to see them trickle down a little bit again year-over-year.”

Fronsac has built a ‘pandemic-resistant’ portfolio

Steve McLean Commercial Market Trends National Dec. 23 2020
Steve McLean Business reporter
Steve is a veteran writer, reporter, editor and communications specialist whose work has appeared in a wide variety of print and online outlets. He’s the author of the book Hot Canadian Bands and has taught reporting to college students. He is based in Toronto.