Office vacancy rates continue to rise in major markets across Canada, reaching 10.8 per cent this... 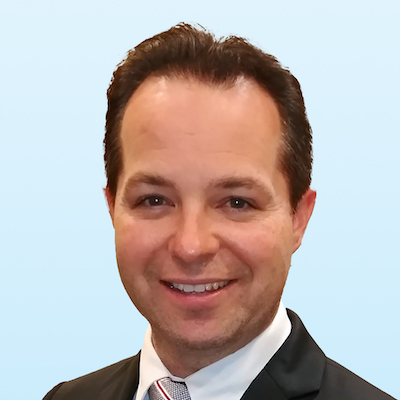 Much of this can be attributed to rising downtown sublet space. Colliers reports office attendance is trending below 15 per cent in downtown cores and around 30 per cent in the suburbs due to COVID-19 apprehension and restrictions.

“On a national basis, you have your sublet space in downtowns at about 21 per cent versus only 15 per cent in the suburbs,” Colliers senior director of national research and analytics Roelof van Dijk told RENX.

“When you look at where the housing markets have been really active, it seems to be more suburban type of housing as opposed to downtown condos right now. That lends itself to the thesis that more urbanized suburban locations with some amenities around them will probably do well coming out of this.

“We expect downtowns to come back as well, but that’s where a little more pain is right now with rising vacancy rates and sublets occurring.”

With increasing vacancies, it would be expected that rents would fall. However, the average net asking office rent in the quarter was the highest since Q4 2019, reaching $17.72 per square foot. A deeper dig paints a different picture, however.

Landlords are offering incentives to attract and retain tenants, including free rents for specified periods, shorter lease terms and making improvements to spaces.

“We’re seeing a bit of a flight to quality, but I wouldn’t say it’s a major trend at this point,” said van Dijk. “It was there before, but it’s intensifying for sure.”

Construction continues on office projects started before the pandemic and most of those had strong pre-leasing activity. van Dijk said the question is what will happen with proposed developments yet to start construction and lacking significant pre-leasing commitments.

van Dijk foresees the first half of 2021 remaining challenging, but expects things to pick up through the summer as the COVID-19 vaccine rollout continues. Economic improvement shouldn’t be hindered, as it was this year, by a massive autumn resurgence of the coronavirus.

“I think, to an extent, what you’re going to see is more returning to the office later next year for sure,” said van Dijk. “There’s still going to be some flexibility on working from home.”

van Dijk doesn’t expect a dramatic increase in office square footage per employee, as many companies will compensate for physical distancing measures with increased working from home. While he doesn’t anticipate office space commitments from companies rising, he doesn’t think they’ll drop dramatically, either.

Here are snapshots of the office markets in 11 Canadian cities, moving from West to East:

Victoria has a 6.2 per cent overall office vacancy rate;  seven per cent downtown and five per cent in the suburbs. Sublets account for 11 per cent of vacancies. The net asking rent is $23 per square foot.

The market has remained steady throughout the pandemic, primarily due to the large presence of the public sector, with federal, provincial and municipal governments occupying a significant amount of space.

With the fear of using public transit and lockdowns placing less value on amenities, downtown office continues to suffer more than suburban. Sublet space remains an issue, as 350,000 square feet came to market during the quarter, much of it in the downtown.

Though vacancies are rising, landlords are generally staying firm on asking rents. They’re willing, however, to negotiate on tenant incentives.

There was increased sublease space, limited leasing activity and negative net absorption during the quarter. Two of the largest transactions were relocations within the same building and resulted in negative absorption.

Landlords were offering incentives to tenants well before the pandemic.

Many smaller and local suburban tenants have returned to the office at full capacity, so the suburbs are expected to recover faster than downtown.

“I don’t think you’re going to see major changes in that market on the rental side,” said van Dijk. “Edmonton is still relatively flat on rents, which is great.”

Calgary has an overall office vacancy rate of 25.7 per cent, broken down into 28.2 per cent downtown and 21.9 per cent in the suburbs. Sublets account for 20.7 per cent of vacancies. The net asking rent is $13.62 per square foot.

A majority of the recent transactions have been shorter-term deals for less than 10,000 square feet. Some tenants with longer outlooks are capitalizing on low rents and long terms.

“We’ve seen additional vacant space in Calgary and there will probably be some more sublet space coming to the market in 2021 with potential mergers and acquisitions,” said van Dijk. “But there’s some positive news, with what’s happening with the federal climate change plans for Alberta that might be a silver lining.”

Saskatoon has an overall office vacancy rate of 15.8 per cent, broken down into 17.7 per cent downtown and 13.8 per cent in the suburbs. Sublets account for 6.1 per cent of vacancies. The net asking rent is $20.46 per square foot.

Tenants have by and large paused in making real estate decisions due to the lack of clarity on how the return to offices will look like over the medium term.

There’s been little change in office demand. Landlords have become more flexible in negotiating lease terms and many are willing to offer competitive incentives to attract new tenants and retain existing ones.

Large government and finance, insurance and real estate tenants are looking at expiring leases to evaluate their requirements and trying to capitalize on efficiencies in light of new work-from-home strategies.

Waterloo has an overall office vacancy rate of 15.3 per cent, broken down into 19.1 per cent downtown and 13.3 per cent in the suburbs. Sublets account for 17.4 per cent of vacancies. The net asking rent is $14.96 per square foot.

Uncertainty remains in the market, as many tenants are unsure of their future space needs due to the continuing work-from-home trend.

Vacancy and availability are on the rise, with the largest impact occurring downtown. After an initial delay, sublet space is beginning to increase and was up 104,855 square feet from the previous quarter. Most of that is coming from technology tenants.

Toronto has an overall office vacancy rate of 6.2 per cent, broken down into 4.3 per cent downtown and 8.1 per cent in the suburbs. Sublets account for 19.2 per cent of vacancies. The net asking rent is $21.95 per square foot.

Uncertainty about what will happen regarding people returning to offices post-pandemic has led to increased sublet space, particularly downtown.

Although downtown average rents have decreased, suburban rents have remained stable. Due to an influx of downtown vacancy at a premium price compared to the suburbs, the overall Greater Toronto Area average rent increased slightly.

Landlords continue to preserve face rates, preferring to be more flexible on terms and incentives.

Ottawa has an overall office vacancy rate of 8.5 per cent, broken down into eight per cent downtown and 8.9 per cent in the suburbs. Sublets account for 17.5 per cent of vacancies. The net asking rent is $16.73 per square foot.

Availability is on the rise, but there’s been no major jump yet. Sublease space continues to come to the market, with Bell Canada’s 114,000 square feet being the notable addition.

The downtown core has been hit the hardest by the pandemic, as tenants are no longer placing as much value on amenities or the proximity to other businesses at this time. This trend could be reversed as the COVID-19 vaccine rolls out.

Montreal has an overall office vacancy rate of 10.6 per cent, broken down into 8.6 per cent downtown and 13.4 per cent in the suburbs. Sublets account for 13.6 per cent of vacancies. The net asking rent is $17.63 per square foot.

Montreal saw 400,000 square feet of office sublet space come to the market in the quarter, resulting in more than 1.4 million square feet of total sublet space. Downtown has felt the biggest impact. The majority of recent sub-lessors are tech, digital media and advertising tenants.

Leasing activity is slowly picking up. Although landlords are preserving face rents, they’re being flexible and offering concessions to complete new deals. Tenants unable to delay upcoming expiries have opted to remain in short-term leases.

Halifax has an overall office vacancy rate of 15.1 per cent, broken down into 20 per cent downtown and 11.8 per cent in the suburbs. Sublets account for one per cent of vacancies. The net asking rent is $15.67 per square foot.

The market saw 72,279 square feet of available sublet space added during the quarter as many tenants adapted to employees working from home. The suburbs continue to outperform the central business district by offering lower rents, more accessible parking and better opportunities for physical distancing.

Steve McLean Residential Shopping Centres National Dec. 22 2020
Steve McLean Business reporter
Steve is a veteran writer, reporter, editor and communications specialist whose work has appeared in a wide variety of print and online outlets. He’s the author of the book Hot Canadian Bands and has taught reporting to college students. He is based in Toronto.