PART I of a two-part feature: Casey Gallagher, the executive vice-president of CBRE’s national in... 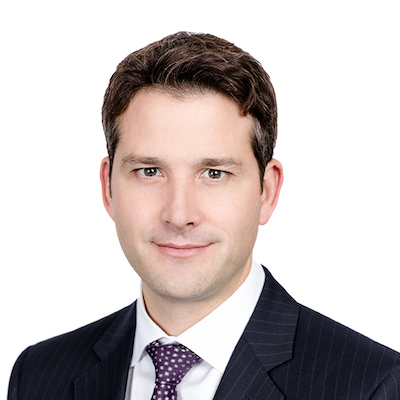 PART I of a two-part feature: Casey Gallagher, the executive vice-president of CBRE’s national investment team, moderated a panel of leading executives at the recent Real Estate Forum in Toronto.

The effect of COVID-19 on development was the basis for the discussion, which evolved into a “state-of-the-business” update on many commercial real estate sectors and issues facing the industry.

Among the hardest-hit sectors have been hotel, retail, seniors housing and office sectors, and questions remain about the long-term prospects for some of them. Here’s what Gallagher had to say about them to open the Dec. 4 Real Estate Forum session:

* “Hotel operators have been hit hard by global and domestic travel restrictions. If the SARS recovery of the early 2000s is any indicator, the timelines to get back to pre-COVID performance could take quite a while.”

* “Many at-risk or antiquated retail concepts have been forced to fast-forward the inevitable and pull the plug. Perhaps more importantly, today’s events are spotlighting many exposures that retail has always had, but in normal cycles are easily ignored — namely whether the tenant offers covenant quality or experiential value, and how that impacts on your project.”

* “Some major office users have become more vocal about their long-term space planning, with thoughts on transitioning to a more flexible work-from-home arrangement and creating a question as to office space viability that didn’t exist only nine months ago.”

The news isn’t all negative

On the bright side, however, Gallagher said the Canadian commercial real estate market saw solid month-over-month sales increases after bottoming out in May. He expected a quarter-over-quarter jump of approximately 10 per cent in Q3.

“From a pricing point of view, industrial, multifamily and land have been big winners so far during COVID. The Canadian industrial and multifamily sectors entered the pandemic with occupancy levels near 100 per cent and rents rising drastically year-over-year.

“COVID has acted as a bit of a tailwind to these sectors, with industrial demand being supported by the acceleration of e-commerce penetration due to most residents being stuck in their homes.

Home sales from July to October outperformed 2019, according to the Toronto Real Estate Board. Gallagher said Greater Toronto Area (GTA) home resales were up 25 per cent year-over-year in October.

The outlook for development is less negative now than in March when COVID-19 hit Canada.

“Government stimulus, tight fundamentals and a positive Canadian story are all supportive of an optimistic outlook, but we note that equity capital sources are asking more questions of these projects than ever before,” said Gallagher.

“Economic forecasts show that Canada is poised to have the most robust recovery of any G7 nation, from both an economic output and employment perspective.

“What’s more, the Canadian government recently increased their immigration targets to 1.2 million over the next three years to make up for the reduced immigration totals in 2020 due to COVID.”

Gallagher said land prices have held strong even though transaction volumes are down and there’s been no major negative impact on home pricing in most major markets.

“There has been more and more institutional investment in commercial real estate development, which has rendered deal-making far more challenging for private developers,” said Gallagher.

However, merchant developers (primarily condo and homebuilders) have been more aggressive than their institutional counterparts and seem more bullish and less risk-averse, according to Gallagher.

Small sales from $1 million to $5 million have been doing OK; those in the $5-million-to-$15-million range have outperformed 2019, but deals of more than $20 million are well off from last year. Gallagher said institutions have been holding back on larger projects.

Allied Properties REIT (AP-UN-T) executive vice-president of development Hugh Clark said there have been few downtown land sales and there’s not much appetite for taking on major projects.

He noted Allied has bought a few lower-priced infill properties for larger and longer-term land assemblies because expenditures of a few million dollars aren’t a big concern.

“You would expect a change in sentiment on the part of vendors, but we haven’t seen it, even in Calgary, which has been suffering through a recession for an extended period of time and this pandemic has done nothing to improve that condition at all.

“Vendors there are just sitting on their hands, hoping and waiting for a turnaround.

“The lack of understanding about the duration of this pandemic has prevented people from actually doing any fire sales,” he said, noting the arrival of vaccines could make things “magically go back to normal.

“We haven’t seen anyone make any adjustments. We would expect someone to make an adjustment for us to want to get into the market and make a substantial purchase.”

Morguard (MRC-T) senior VP of development Margaret Knowles said her company has been selling serviced land parcels, valued at between $5 million and $10 million each, for master-planned housing subdivisions in Quebec.

There are strong local and regional homebuilders in the province looking to fill their pipelines so they know what they’ll be doing a year or two from now, she added.

Due diligence periods are longer and there are more extensions until deals close, according to Knowles, but well-located, transit-oriented sites remain in demand.

First Capital REIT (FCR-UN-T) is active in Ontario, Quebec, British Columbia and Alberta. Senior VP of development Jodi Shpigel said there were different responses in different municipalities across the country when it came to the approvals process when lockdowns first started in March.

Larger Ontario municipalities have had challenges in adapting because of their size and workforces, so it took longer to get things running close to normal. Shpigel noted, however, “normal wasn’t great” and it’s still time-consuming to push through layers of bureaucracy.

Knowles said B.C. has always laid out clear ground rules so developers know what they’re dealing with and what to do. Morguard is working on two major projects in Coquitlam and Knowles said the response from the municipality has been terrific.

Knowles said there are fewer applicants looking for approvals now due to COVID-19, so Morguard is taking advantage to get zonings and master planning done.

Morguard zoned an Edmonton project in an efficient year-and-a-half because it worked collaboratively with city planners, allowing for immediate feedback.

Knowles has a major concern, shared by the other panelists, when it comes to zoning and approvals.

“Municipalities may be looking to buy out folks and reduce their overheads because of financial constraints,” she said. “Some of the good, experienced people that we’ve had previously working with us may take early buyouts.”

Her company had a four-day delay in April in acquiring an above-grade construction permit while City of Toronto offices were closed and staff were working from home.

“We’ve had experiences on both sides of the spectrum, depending on where you are in the development process,” said Grey-Wolf. “Toronto prioritized condominium registrations, understanding how critical that was for the development community.”

TOMORROW IN PART II: The panelists offer updates and observations on the retail, office and multifamily sectors, as well as issues such as construction costs and financing.

Don Wilcox Residential Market Trends National Dec. 17 2020
Steve McLean Business reporter
Steve is a veteran writer, reporter, editor and communications specialist whose work has appeared in a wide variety of print and online outlets. He’s the author of the book Hot Canadian Bands and has taught reporting to college students. He is based in Toronto.