CanFirst Capital Management has made four recent industrial acquisitions in the greater Toronto a... 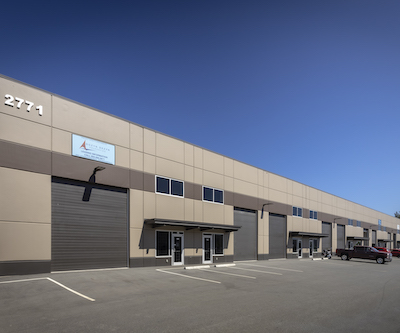 CanFirst Capital Management has made four recent industrial acquisitions in the greater Toronto and Vancouver markets through two of its funds, which isn’t easy considering how hot the asset class is.

“When we set up CanFirst about 20 years ago, a lot of people questioned our decision to focus on industrial because they said it wasn’t a very exciting part of the business and wasn’t very sexy,” CanFirst co-founder and chief executive officer Allan Perez told RENX. “But, we thought it was a stable asset class that would allow us to raise capital and make regular distributions to our investors and that the gyrations in valuations wouldn’t be dramatic from year to year and cycle to cycle.

“I can’t tell you we ever imagined this, but certainly over the last year we’ve been very grateful to be in this sector.”

It’s currently difficult to find underperforming industrial assets and investment has flowed into the sector over the past year as it has carried on very well through the pandemic. The growth of e-commerce and the need for warehouse and logistics spaces are driving forces.

“A big part of what’s going on right now in the marketplace, and over the past few years, is that rents have grown exponentially,” said Perez. “One of the things we look at is buildings where those in-place rents are well below what we perceive to be market for those buildings.”

The CanFirst Industrial Realty Fund VII closed in July 2020 after raising $250.5 million, making it the largest fund ever raised by the company. It’s still in its investment period.

“It’s going to follow the same road map that our previous value-add funds have followed, which is really focused on the industrial sector across the country with an eye toward acquiring assets where we can add value or where assets are underperforming,” said Perez.

“We’ve got a very active pipeline with other opportunities that are under consideration and in various stages of negotiation. I think that fund will be active this year.”

The closed-ended Fund VII has been used to acquire two portfolios of late.

The first is the Dozyn Dezyn portfolio, which has 11 buildings in three clusters in Surrey and Abbotsford, B.C. The small-bay and mid-bay buildings are a combined 412,897 square feet and completely leased. The purchase price was $104.5 million.

CanFirst purchased a portfolio in Surrey a couple of years ago, its first acquisition there, and it’s now expanding its Metro Vancouver footprint.

“We like the metrics out there,” said Perez. “The market is very, very tight and acquiring assets isn’t that easy to do. Similar to what we’re seeing here (in the Greater Toronto Area), there’s a very low vacancy rate and high demand.”

“We thought it was a great opportunity to get in because the rents are 20 to 40 per cent, and possibly more, below market,” CanFirst’s executive vice-president, investments and business development, Mark Braun told RENX. “It’s a great opportunity for us to drive value and there’s the possibility of potentially converting this to a strata condominium at some point.

“We’re not necessarily planning on doing that, but it’s another way of creating value that’s there for us.”

Fund VII was also used to acquire three fully leased small- and mid-bay buildings with a combined square footage of 138,830 square feet in the Toronto borough of North York, north of Highway 401 and west of Highway 400.

It was purchased from the Pidutti family for $23.15 million and Braun said rents are 70 to 90 per cent below market.

“We think we bought it at a nice price point that will allow us to add value by driving rents over the next couple of years. It also provides an opportunity to possibly sell off the assets individually at some point in the future.”

“These are not huge buildings, so there’s a nice economic moat around them in terms of the cost to replicate these buildings, which is obviously significantly higher than what we’re buying them at,” added Perez.

The open-ended CanFirst IncomePlus Real Estate Fund (CIPREF) was launched in June 2018 and continues to raise and deploy capital. It invests in core and core-plus properties and has had an 11.8 per cent annual return since its inception.

Perez foresees an active year, through both transactions and raising capital, for the fund. It was recently used to acquire three properties in two deals.

A 48,816-square-foot single-tenant building at 230 Signet Dr. in Toronto was acquired in a sale-leaseback deal for $12.6 million. It’s leased to Belmont Meats, a subsidiary of the multinational Premium Brands food manufacturing and distribution company, for seven more years.

“It’s in a great node that’s highly desirable among food and pharmaceutical users,” said Braun. “It’s within the City of Toronto proper and it’s a real challenge to find employment lands and industrial buildings in the city.”

The CIPREF closed on the acquisition of two properties in a sale-leaseback deal with vendor Clarke Roller and Rubber worth $16 million on April 9.

Braun said both properties would be easy to lease or sell, but that’s not the intent. The Guelph building has a 26-foot clear height and land for outdoor storage and possible expansion, though nothing is planned at this point.

“These deals are very good prototypes for what we’re trying to do for our income fund,” said Perez. “They’re well-leased with good covenants and good businesses with long-term leases.

“All of the leases have embedded rental rate increases that will kick in over time. Nothing’s bulletproof, but we’re trying to bulletproof that portfolio as best as we can to ensure a steady stream of income for our investors in the years to come.”

Future deals and other asset classes

CanFirst has a number of properties under contract, but nothing that can be announced yet, according to Perez.

“There’s no such thing as a straight-forward deal anymore. Deals are challenging to get under contract and to get through due diligence. Until we waive conditions, we’re not sure if we’re going to get to the finish line.”

In addition to its involvement with industrial properties, CanFirst also co-invests with institutional and private high-net-worth investors in Canadian office and retail properties that have added potential to exploit for growth.

“Retail has struggled mightily, office vacancy rates have gone up and a lot of it is still under long-term leases,” said Perez. “So I think it will be a few years before we really know what the office sector is going to look like.”

Danny Kucharsky Commercial Transactions Greater Montreal Apr. 13 2021
Steve McLean Business reporter
Steve is a veteran writer, reporter, editor and communications specialist whose work has appeared in a wide variety of print and online outlets. He’s the author of the book Hot Canadian Bands and has taught reporting to college students. He is based in Toronto.