Challenges and opportunities for smaller cap REITs: Part I

Canadian real estate investment trusts with market caps under $1 billion have been among the top-... 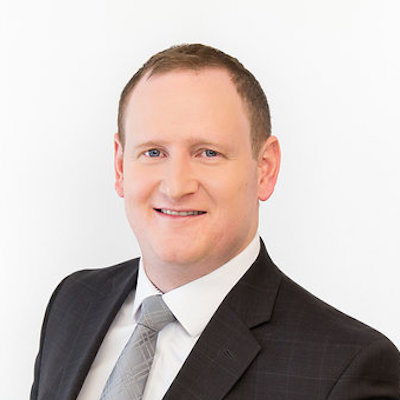 Canadian real estate investment trusts with market caps under $1 billion have been among the top-performing REITs over the past five years.

While almost all REITs have seen their unit prices drop since the onset of COVID-19 and the economy hitting the pause button in March, these smaller trusts are holding their own and looking forward to better days once the fallout ends from the pandemic and accompanying economic impact.

EDITOR’S NOTE: This is Part I of a two-part article exploring current conditions and issues for smaller cap REITS. Part II will be published Tuesday.

Four REIT chief executive officers and representatives from two banks discussed challenges and strategies faced by the sector during a virtual panel held as part of the RealREIT conference on Sept. 24.

Factors such as historically low interest rates and strong capital flows typically help REIT performance, said BMO Capital Markets equity research director Jenny Ma. However, “what’s been different this time around as far as the real estate sector goes, is that there are broader questions as well as some shorter-term questions like rent collection for several asset classes, but particularly for retail.

“It’s going to take time for data points to come in and either positively or negatively give investors a lot of direction.”

Ma said there was a flow from small cap to large cap REITs with better liquidity, size and perceived quality in March and April. She noted smaller-cap REITs generally have higher payouts with their distributions and higher leverage, and investors may attribute more risk to those factors.

Many auto dealerships were shut down in March and April, which resulted in Automotive Properties’ stock price being hurt, but things aren’t as bad as they could have been.

“This is an essential service and, as such, we’ve been up to 99 per cent in those deferral agreements for rent paid in July and August,” said president and CEO Milton Lamb. “It’s amazing to see how quickly that snaps back.”

BTB has collected 96.8 per cent of rents and worked proactively to assist tenants — especially retailers.

“We didn’t see any of these types of negotiations in the office segment nor in the industrial segment,” said president and CEO Michel Léonard.

“For sure they had to shut down, so yes there were issues, but in most cases, if not all cases, in the industrial and office sectors we were paid 100 per cent — at the latest in September.”

Léonard said BTB is renewing leases as they come to maturity and isn’t seeing a “huge problem.”

The bounce back in Plaza’s performance since April has also exceeded expectations, he added.

“Leasing activity has improved considerably in our space. Our portfolio was more resilient than we would have imagined. Open-air centres with basic needs and value retailers in secondary markets performed pretty well.”

Toronto-based Slate Office REIT (SOT-UN-T) owns interests in and operates 36 office properties in major Canadian cities as well as two in Chicago. It has a market cap of approximately $243 million.

Slate had little involvement with CECRA and just a small portion of its portfolio involves retail — primarily bank branches and a Walmart.

CEO Steve Hodgson said 97 per cent of its rent was cash-collected and the remainder was through deferral agreements through the first wave of the COVID-19 crisis.

Eighty-five per cent of Slate’s portfolio is comprised of suburban office buildings in core markets or urban locations in secondary markets.

“We really like that space, particularly in light of some of the trends coming out of the pandemic,” said Hodgson, “being able to drive to your office building without accessing public transit, being able to go up to your unit without taking the elevator, being in a less dense office environment.”

Hodgson said millennials, who comprise the biggest portion of the workforce, are realizing that living in 500-square-foot apartments and condominiums in downtown Toronto isn’t going to work for them in the long term.

This is creating a shift to the suburbs and companies looking to attract talent are going to have to go with them.

“That won’t necessarily benefit all suburban office, but suburban office that’s well-located, high-quality and has amenities like downtown buildings will fare very well. We think the same of secondary markets like Halifax and out west as well.”

TOMORROW: The panel discusses issues such as access to capital, the importance of asset class, and growth opportunities.

Kerry Gold Commercial Shopping Centres Metro Vancouver Oct. 1 2020
Steve McLean Business reporter
Steve is a veteran writer, reporter, editor and communications specialist whose work has appeared in a wide variety of print and online outlets. He’s the author of the book Hot Canadian Bands and has taught reporting to college students. He is based in Toronto.