Cogir Real Estate has expanded into Western Canada with the purchase of eight residences for inde... 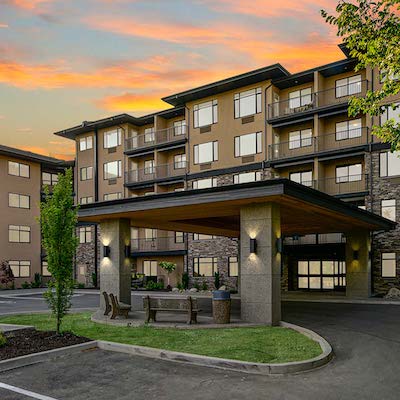 Cogir Real Estate has expanded into Western Canada with the purchase of eight residences for independent seniors in B.C.’s Okanagan region from the Regency Group of Retirement Resorts.

The Montreal-based real estate firm has also hired longtime BentallGreenOak executive Lee Warren as managing partner for Ontario and Western Canada. Based in Toronto, Warren’s mandate will be to steer the company’s growth outside of Quebec and run the Ontario property management division.

In addition, Cogir plans to expand its mixed-use Humaniti concept, first seen in Montreal with a development that combines condo, multiresidential, office space, hotel and ground-floor retail, to markets that include Quebec City and possibly Chicago.

A planned Quebec City development, in partnership with Groupe Dallaire, would replace the proposed 65-storey Le Phare tower, once touted by Dallaire as the tallest building east of Toronto.

“We’ve always wanted to come into the Western Canada market and this seemed to us like a fantastic occasion to do so,” he says.

Duguay says Cogir would also like to expand its multiresidential presence in areas such as Greater Vancouver and Alberta.

“It’s a story about diversification. We’ve grown from our base for the last 27 years, our base in Quebec, and maybe five years ago started to diversify in Ontario and the U.S.”

The Okanagan purchase includes seven retirement homes in Kelowna, Penticton and Vernon under the Regency Retirement Resort banner and another called Lakeshore Place.

Duguay says the retirement homes are the “dominant portfolio in the Okanagan. These portfolios don’t come very often. It’s an opportunity to get into the market with a strong position.”

The Regency name is being kept “as it’s extremely well-known and has been well-developed over the years.”

Under a partnership deal, the vendors will build additional seniors housing properties in the Okanagan which Cogir will buy.

The back office and accounting teams in Kelowna have joined Cogir and the executive directors of each home will remain in place.

“It’s really about continuity, because it was well-run,” Duguay says. “They were running a tight ship and we were quite impressed.”

Aside from one property which opened last in 2021, occupancy of the homes has been around 95 per cent. “There was a little dip in occupancy because of COVID, but that’s something we see everywhere in North America.”

Cogir also has a portfolio of 17 retirement homes on the U.S. West Coast managed by Cogir Management USA and plans to expand in Portland and Seattle in the coming weeks.

Duguay says all 150 condos at the recently completed Humaniti development adjacent to Montreal’s convention centre have sold, while the 314 apartments are about 95 per cent occupied.

The 193-room Humaniti Hotel Montreal (operated by Marriott) did well “during the period when the market was back to business.”

In addition, the four storeys of office space in Humaniti have been 50 per cent leased to tech companies and the ground-floor retail features an Avril grocery store.

“We’re doing not too bad under the circumstances,” Duguay says.

“We see a lot of benefits in the concept and we want to do more. In the U.S., we’re going to see a potential Humaniti project in Chicago at the end of the month. There’s no rush, but it’s something we’d like to duplicate to have mixed-use community-type projects.”

In Ste-Foy, in suburban Quebec City, Cogir is working to build a four-tower development at what was once slated as Groupe Dallaire’s Le Phare project. It would be located at Laurier Boulevard and Lavigerie Avenue next to a hub for the city’s new tramway.

“We’ve decided to start with a less ambitious Phase 1 just to get it going,” Duguay says. The first phase, which awaits approval, would include condos, rental apartments and main-floor retail.

Duguay says Cogir hopes to be able to announce a start date for the project this year.

Meanwhile, Cogir has teamed up with the James Bay Cree to build the 25-storey Odea Montreal, a 435-unit residential development at 277 Duke St. in the Griffintown area of Montreal.

The project site has been owned by the James Bay Cree since 1995.

Odea is under construction and will include 264 rental apartments and 171 condominiums. It’s scheduled to be completed in spring 2024.

The project name is based on the Cree word “ode” for canoe and the architecture includes the stylized symbol of a canoe. Odea is being designed by Lemay in collaboration with Douglas Cardinal, the indigenous architect behind the Canadian Museum of History.

“This is an extraordinary project for us that makes a lot of sense business- and human-wise because we’re partners with the Cree nation and have been working with them for a few years to put that project up,” Duguay says.

He notes the Cree nation has long-term plans to keep the multiresidential component of the development in its portfolio.

Danny Kucharsky Commercial Transactions Greater Montreal Nov. 18 2021
D
Danny Kucharsky Business reporter
Danny is a multiple award-winning journalist based in Montreal, who has written for about 75 magazines and newspapers in Canada and the U.S. His credits include The Globe and Mail, Montreal Gazette, Maclean's, Chicago Tribune and a wide variety of business, specialized trade and medical magazines. Danny was also the Montreal correspondent for Marketing Magazine for several years.