While developers remain bullish on the long-term prospects of the Greater Toronto Area (GTA) high... 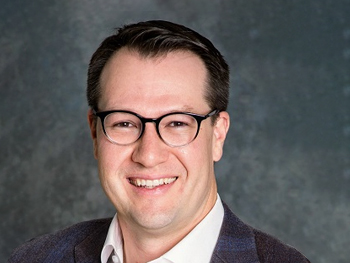 “The average price of new condominiums continues to go up, so one would think that the land prices would go up in lockstep,” Bullpen owner and president Ben Myers told RENX.

“But, they really haven’t because of additional construction costs, inflationary pressures on construction and other things that are being built-in and considered, like increases in development charges, inclusionary zoning and some of those other unknowns that are keeping the developers from being overly aggressive.”

The report reviewed 40 land transactions considered appropriate for multifamily developments of four or more storeys. They sold for $116 per-buildable-square-foot on average, up slightly from $112 in the previous quarter.

A couple of high-priced sales in Toronto’s upscale Yorkville neighbourhood pulled the average up.

“Typically, when you have a potential recession, the luxury market is the first one to be hurt by it,” said Myers. “But, we probably have more boutique luxury buildings for sale in the City of Toronto now than we have had at any point in my career.

“The fact that developers are still buying those properties shows belief that there’s still more room for more supply in the luxury market. It tells you how much wealth there is in this city.”

The average property included in the report was 4.2 acres and sold for $23.1 million. The average buildable height was 19 storeys and the average gross floor area was 199,020 square feet.

The report used active development applications where they existed. In other instances, Batory made an assumption as to the potential development project that could be proposed or approved at the site based on neighbourhood precedence and the existing planning framework.

If the project hadn’t actively launched for sale, Bullpen estimated the overall revenue for the project on an average price per-square-foot basis. This estimate was based on market comparables, the projected height, the unit count and other identifiable attributes.

High-density lands sold on a per-buildable-square-foot basis for approximately nine per cent of the projected overall average revenue — 14 per cent in the urban 416 area code and six per cent in the suburban 905 area code.

High-density lands sold for $234 per-buildable-square-foot in the former City of Toronto. The average price was $49 in the 905 area code, which is the same as the average price from January 2018 to March 2021. Breaking things down further, prices were $81 in Scarborough, $71 in North York and $66 in Mississauga.

“At those land prices, obviously you have to charge a huge price per square foot. My hope is that we’ll continue to see these secondary markets support new development.”

Developers continue to reduce unit sizes to achieve the per-square-foot revenue figures they need, even in the outer-suburban markets. Myers expects the land market to remain fairly flat moving forward as he thinks developers will remain cautious about paying top dollar for sites.

A number of new condo projects are expected to launch through the summer and fall in the GTA.

“Despite the fact that rental rates have gone down, investors still feel bullish about the long-term prospects of our market and that people are going to return downtown at the same rate as they have before,” said Myers.

“They also seem to be confident that there will be a condo market in Newmarket, Pickering, Courtice and Bowmanville.”

More developers are looking farther out from Toronto than they might have in the past for high-rise projects, as people are now more willing to live in those areas than pre-pandemic, knowing they may have more flexible options for working from home.

“There are now more viable markets than there ever has been before,” said Myers. “Developers are going farther out and going into locations that are off transit. They’re also betting on larger-scale and multi-phased developments.

“When you go into those larger properties, the per-buildable-square-foot value is lower because you’re discounting those future phases.”

Myers said new multi-tower projects are being contemplated in Ajax, Pickering, Brampton, Burlington and Oakville. He described Oakville as “bananas” at the moment, with very high demand.

“For the longest time, the mayor was anti-growth and development charges were really high, so a lot of developers ignored the area. But, now a lot of these projects are what I would call almost greenfield. They’re all along Dundas and are launching at $800 or $900 per square foot.

“Investors are saying that Oakville is one of the most highly desirable communities in the GTA, so why wouldn’t we pay these types of prices for that location?”

North Oakville, where condo prices are 25 to 35 per cent lower than in highly desirable downtown Oakville, is driving that market. Myers also expects more high-rise development around the Oakville GO Transit station.

Steve McLean Commercial Market Reports Toronto / GTA May. 26 2021
Steve McLean Business reporter
Steve is a veteran writer, reporter, editor and communications specialist whose work has appeared in a wide variety of print and online outlets. He’s the author of the book Hot Canadian Bands and has taught reporting to college students. He is based in Toronto.