Forge & Foster Investment Management is a relatively new firm which is rapidly making its presenc... 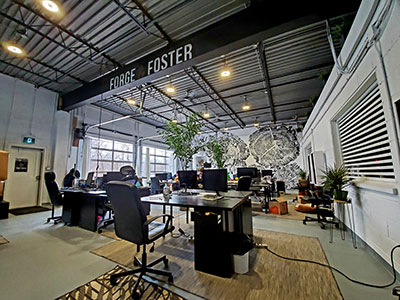 Forge & Foster Investment Management is a relatively new firm which is rapidly making its presence felt in the growing city of Hamilton and other Southern and Southwestern Ontario communities.

In addition to its investment and asset management activities, Forge & Foster tracks and reports on dispositions and acquisitions in the city. According to its figures, 2020 was a record year for commercial real estate transaction value in Hamilton, with 289 deals priced at $1.2 billion.

The company is playing an increasingly significant role in that activity.

Forge & Foster was launched five years ago by brothers Joe and Mark Accardi, who saw a bright future for Hamilton’s real estate market and began investing in what they considered to be high-growth-potential local properties.

More partners came on board and institutional and professional investors have taken notice over the past couple of years.

The company has grown to 15 employees and recently moved into a new office it had built in a formerly vacant industrial space it acquired in Hamilton’s emerging innovation district. 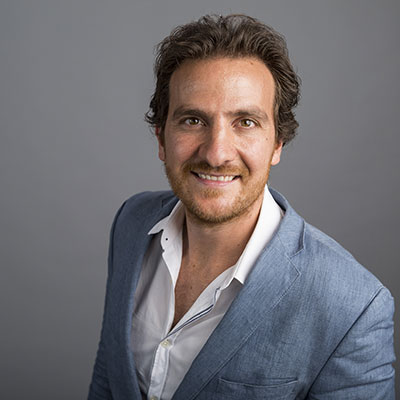 “We love downtown,” chief executive officer Joe Accardi told RENX. “We’re putting our money where our mouth is in terms of believing the city is going to be alive and well.”

Forge & Foster is very high on the West Hamilton Innovation District, which includes the McMaster Innovation Park and an area recently named The Annex.

“It’s where we’ve really doubled down and have tried to grab a bigger chunk of that area,” said associate Alex Manojlovich, who also oversees the firm’s research activities. “We think it’s the best area in the city to invest in right now.”

The company is fond of acquiring assets in somewhat distressed condition and immediately improving them by doing things that don’t require municipal permits, such as grounds maintenance, painting, repairs and adding signage and solar panels.

It then creates flex commercial and industrial space, such as the office it now occupies.

Forge & Foster’s new office at 67 Frid St. features: a large glass garage-door wall that can transform the office into an open-air patio in warm months; multi-purpose workstations and zones, including a reclaimed woodwork bar and a fireplace lounge; indoor gardening stations which grow herbs and vegetables for use in the office kitchen; a repurposed cargo container which is technology-enabled and mounted in the space for use as a board room; and large-scale indoor and outdoor murals.

“Flex means to me that 90 per cent of companies can locate in a space like that,” said Accardi. “We wanted to showcase what we can do here and we’ve been very successful leasing at Frid Park based on this concept.”

Other tenants joining Forge & Foster in the complex include tech and biotech firms, which pay higher rents than the traditional light industrial companies they replaced.

“We’re really adding to the knowledge economy here,” said Accardi. “To change from inventory to tech companies in the same space is super high value for the city and exactly where we see this city and this biotech region going.”

Other hot areas for Hamilton commercial real estate include:

– around the John C. Munro Hamilton International Airport, which is a major hub for commercial deliveries and cargo flights;

– and the West Harbour area, which has become the primary home for the city’s thriving film and television industries, while also experiencing business and residential growth and development. 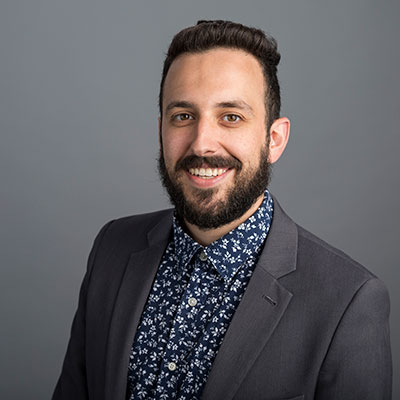 Forge & Foster in other markets

Forge & Foster also has projects in other Southern Ontario markets.

Dundas Millworks is a historic three-storey brick-and-beam building built in 1846. It was acquired four years ago to convert industrial space into flex creative space.

The Dundas property has 30 commercial units in 100,000 square feet and a varied group of tenants, including a co-working space.

Film, photography and video uses have generated 70 per cent of the building’s income over the last year, according to Accardi.

Woollen Mills in Cambridge was once one of Canada’s leading wool mills. It’s being recreated as an innovation hub for young companies and entrepreneurs.

The property encompasses 19 acres, including six along the Grand River. It includes a four-storey building with 63,000 square feet of flex space and 12,000 square feet of office space. A residential element could also be included in the project.

“It’s really prime real estate,” said Accardi. “We’re going to keep the heritage of the building and do a mixed-use development there.”

The Cordage Heritage District in Brantford was once home to the largest cordage and twine manufacturer in Canada.

To rejuvenate the historic 1901-built, nine-acre property, heavy industrial uses were eliminated at the 130,000-square foot warehouse and a wider range of mixed light industrial and commercial uses were added.

“It’s an absolute gem of a building built by the best architects and engineers of the time,” said Accardi. “Brick for brick, it’s probably our most beautiful space.”

A rope- and twine-making operation is still present and has been a tenant for more than 60 years.

The site also features a brewery, a coffee roaster, a real estate brokerage, an event space, a woodworker and a shipping and receiving company. More tenants are signing on.

Forge & Foster has partnered with Stoney Creek, Ont.-based True North Tiny Homes and owns a 150-acre parcel of land along Lake Huron in the Goderich/Bluewater region of southwestern Ontario. It contains 100 approved recreational vehicle sites, about 80 of which are occupied.

Accardi said some modern tiny homes have higher quality standards than traditional mainstream homes, with features such as purified air systems and insulation, but they’re mobile. Accardi said demand for this type of living has been increasing, similar to the cottage market, in recent years.

There are plans to add 20 more sites and improve amenities at Bluewater Village, and there’s an opportunity for more development in the future. Accardi said people can enjoy life there for less than $100,000.

“It’s a very affordable way of living, whether you’re a nomad or you just want to live affordably in a high-quality space next to a lake.”

Steve McLean Commercial Market Trends National Feb. 19 2021
Steve McLean Business reporter
Steve is a veteran writer, reporter, editor and communications specialist whose work has appeared in a wide variety of print and online outlets. He’s the author of the book Hot Canadian Bands and has taught reporting to college students. He is based in Toronto.