Granite REIT (GRT-UN-T) says it is acquiring seven more industrial properties in the U.S. and Net... 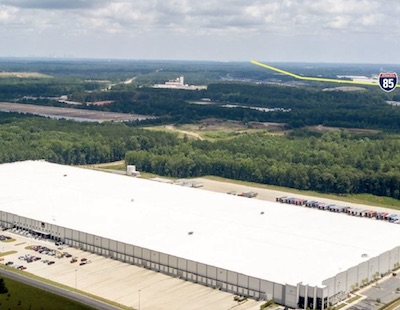 Granite REIT (GRT-UN-T) says it is acquiring seven more industrial properties in the U.S. and Netherlands, and has closed on a previously announced acquisition in Atlanta. In total, the properties are valued at more than $564 million (all figures Cdn).

It also plans to raise up to $288 million in new capital through a share issue, in part to fund the acquisition pipeline.

“These acquisition opportunities are highly compelling and consistent with our stated growth strategy – high-quality distribution and logistics facilities that will strengthen our presence in our key target markets in the U.S. and Europe,” said Kevan Gorrie, Granite’s president and CEO, in the announcement Tuesday night.

“We will continue to pursue our robust acquisition pipeline to capitalize on the strong fundamentals of the industrial sector.”

The acquisitions come just a couple of weeks after Granite announced the transaction in Atlanta and three Canadian acquisitions in the Greater Toronto Area. The Atlanta acquisition is a fully leased distribution facility of about a million square feet.

Gorrie had hinted at other pending deals in the REIT’s Q3 financials call with investors and analysts two weeks ago, noting an active acquisitions pipeline: “We are in active discussions on a few strategic opportunities and I think we’ll get those done.”

The latest announcement involves three properties in the U.S. and four in the Netherlands. Although it did not provide specific details about the assets, Granite expects to close on all the properties during Q4 2020 pending the due diligence process.

Granite says key highlights of the acquisitions include:

* The average age of the facilities is 4.5 years, and all are “highly functional” for modern distribution and warehouse purposes.

* It says the properties are “well located within major e-commerce distribution nodes” and close to other key distribution infrastructure.

* The acquisitions are 95 per cent occupied with a weighted average lease term of approximately 14.3 years.

Of particular interest among those details is the lease term. Gorrie had discussed the REIT’s average weighted lease term for the company’s portfolio, which had been declining in the past year or so, during the Q3 call.

“A big part of it was the portfolios we added in the Midwest and Memphis (during 2019),” he said. “Those were shorter. We like the markets, we love the quality of the assets and we felt that they provided strong growth potential.

“So, we were willing for the weighted average lease term to go down and capture some growth because we believe in the quality of those assets and the locations.”

However, he said  Granite remained “mindful” of the metric and had suggested the average remaining lease term would “tick up slightly” moving forward.

Development and the offering

Granite also provided new details about its development activities, noting it plans to invest up to $136 million in 2021 in development and expansions.

On the development side, Granite intends to spend approximately $121 million.

In the GTA, it plans to spend about $15 million to expand two existing assets.

The $700 million in acquisitions and investments is expected to add over 6.6 million square feet of gross leasable area to Granite’s portfolio.

The equity offering, to be conducted on a bought-deal basis, involves 3,340,000 new units at $75.00 per share for gross proceeds of approximately $250 million. An over-allotment clause involves an additional 501,000 units, which would raise the total proceeds to $288 million.

“The equity offering keeps the REIT’s balance sheet well positioned to execute on strategic acquisition opportunities, as well as our current development pipeline,” Gorrie said in the release. “Our balance sheet remains strong with an estimated pro forma liquidity of approximately C$578 million.”

The offering will be led by BMO Capital Markets and TD Securities Inc., and is expected to close by Nov. 24.

Granite is a Toronto-based REIT engaged in the acquisition, development, ownership and management of logistics, warehouse and industrial properties in North America and Europe.