One of Ottawa’s most prestigious multiresidential rental complexes has been sold, making it the l... 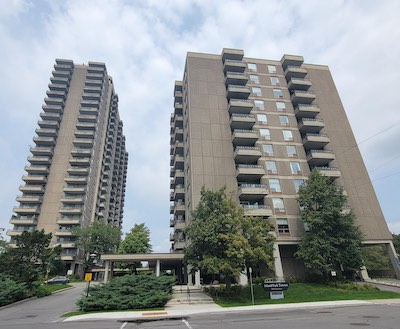 One of Ottawa’s most prestigious multiresidential rental complexes has been sold, making it the largest such transaction in Ottawa’s history. Island Park Towers was acquired by Homestead Land Holdings for $267 million.

Homestead, a Kingston, Ont.-based firm which already had extensive multifamily holdings in Ottawa, acquired the property from a private, unnamed Montreal-based firm.

Founded in Kingston in 1954, Homestead has grown to become one of Canada’s largest apartment owners, with more than 27,000 rental units across Ontario. According to its website, Homestead’s founding principles have always been to provide residents with affordable, secure housing. The decision to purchase Island Park Towers, however, represents a big move into a more upscale market.

RENX has reached out to Homestead to request additional information about the transaction.

The company operates more than two dozen properties in Ottawa, according to its website, and has plans to develop a 25-storey tower in the Baseline and Greenbank roads area just south of Hwy. 417.

The sale was brokered by commercial real estate services company CBRE Group. David Montressor, executive vice president of CBRE’s National Apartment Group, said the deal was spearheaded out of Toronto but was a team effort which involved CBRE’s Ottawa and Toronto offices.

“This is certainly an iconic multi-storey residential, not just for Ottawa, but for all of Canada,” he told RENX in an interview. ““It supports how strong the Ottawa market is – we had a lot of interest.”

As for the seller’s decision to part with the property, Montressor added it was “more of a personal timing thing … really just that.”

Island Park Towers was built in the late 1960s. Originally pegged with a total cost of $14 million, the original development proposal had called for 800 suites but was subsequently scaled back.

An article published in the Oct. 21, 1966, issue of The Ottawa Journal described the complex as the largest of its kind in the city at that time. Décor would be “the latest in style and luxury, modern kitchens with dishwashers, bathrooms with vanities and huge balconies.”

When it comes to “style and luxury,” a lot has changed in 50-plus years, but the complex continues to remain current. 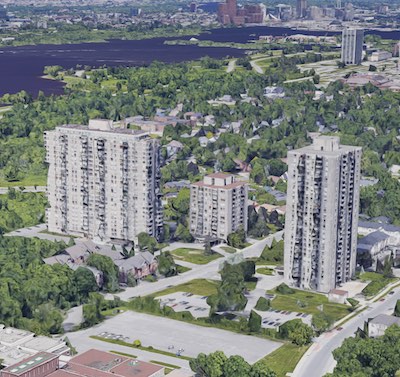 “A magnificent complex located steps away from downtown Ottawa and Parliament Hill … with breathtaking views of the city and Ottawa River,” Homestead’s website reads. Compared to the late 1960s, the rent on a one-bedroom now starts at $1,475.

The number of parties that were interested in Island Park Towers speaks to the broader surge in interest among investors for multiresidential as an asset class throughout the pandemic, said Nico Zentil, senior vice-president of CBRE’s National Investment Team.

“It shows the strength of conviction among investors who believe in what the nation’s capital can offer for solid fundamentals,” he said. “If you look at multires as an asset class, we’ve seen price acceleration during the pandemic as people flock to hard-asset strategies.”

These “hard-asset strategies” are driving interest in office commercial and light industrial as well as multires, in Ontario and beyond.

“For Ottawa, I think we are going to hit transaction volumes on par with pre-pandemic levels in Q3 and Q4,” Montressor said.  “This hard-asset strategy will continue for the foreseeable future.”

Leo Valiquette Residential Development Ottawa Aug. 30 2021
Leo Valiquette Business reporter
Leo Valiquette is a freelance marketing communications consultant and business writer, and former editor of the Ottawa Business Journal. He has also landed a publisher for his first novel, but that’s another story.