InnerSpace allows occupiers to analyze, maximize use of space 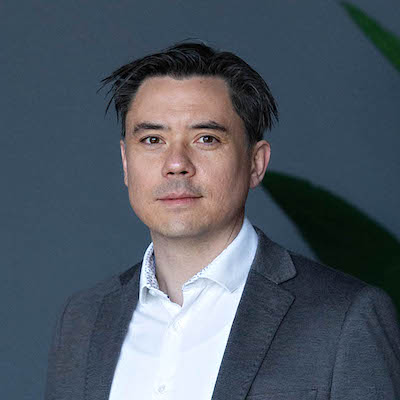 An innovative platform from InnerSpace Technology Inc. is helping corporate real estate teams better assess how their space is being used.

Toronto-based InnerSpace founder and chief executive officer James Wu started working on the Wi-Fi-based indoor location platform in 2014, but didn’t focus all of his attention on it until leaving his former job as senior director of product design and experience for Kobo Inc. in April 2016.

The patented platform uses the combined capabilities of InnerSpace’s Wi-Fi-based sensors, a customer’s existing Wi-Fi network and occupancy sensors to provide information on how space is being used.

“Occupancy sensors can pull in real-time absolute counts of people crossing thresholds,” Wu told RENX. “Once they’ve crossed that threshold, they’ve literally gone over the line. Occupancy sensors no longer have any idea about where you’ve gone, what you have done or how long you have been somewhere.

“That’s where Wi-Fi takes over and we can use our Wi-Fi capability to figure out where an individual went or where groups of people went, how often they came back, how they spent time, and what were the hot spots.”

This data can provide a comprehensive picture of how people use a space, such as how an engineering team and a legal team might interact with it differently, according to Wu.

“COVID accelerated a market that was developing in the years pre-2020,” said Wu. “Our expectation then was that it was still five to seven years away from really becoming something mainstream.

“The understanding of the need to have the data about how your space gets used was still further out back then. 2020 has come along and changed people’s perspectives and accelerated that market because business owners are realizing that in the past year, with everyone working remotely, business operations don’t necessarily need to be housed in an office footprint.

Companies considering rotating office schedules for employees need data about what areas within their spaces are key to their operations and how they can best be utilized.

Wu said InnerSpace helped a company in San Francisco hire an additional 100 employees and fit them into its existing space, which saved it $1.5 million in annual costs — approximately 12 times what it invested in using InnerSpace’s platform.

The cost to customers is primarily based on the square footage of a space and the term of its commitment. Wu said the price can range from 30 cents to upwards of a dollar per square foot per year. A return-on-investment calculator is offered on the InnerSpace website.

“Larger spaces are less expensive per square foot because you get economies of scale,” said Wu.

In addition to revenue from customers, InnerSpace is largely supported by Canadian venture capital. The company closed a round of funding early this year and will likely look to do the same next year, said Wu, who added new investors are welcome.

InnerSpace has formal partnerships with Arista Networks and Juniper Networks, which both sell enterprise Wi-Fi to the types of customers InnerSpace would like to directly target. Establishing more partnerships with similar companies, as well as real estate services firms, is a key part of its growth strategy.

“In the early days it’s very important for a company to have those direct ties with customers so they can learn about the solutions that need to be built,” said Wu, “but we don’t have the scale or resources to knock on everybody’s door directly.

“The strategy is to partner with companies that are already trusted partners of those customers and sell through them.”

Wu said some InnerSpace customers have previously done point-in-time studies to better understand space utilization and found they may have been relevant during that time period, but there was no consistency in the data from team to team or month to month because spaces may be utilized differently in winter and summer.

“We allow people to go below the level of employee and recognize that there are a wide variety of employee types, all of whom need to make use of facilities in different ways in order to be optimal in their activity.

“By having what we call an always-on utilization platform, you can understand those changes month-over-month and understand the differences between the different teams and make really informed decisions about how you provide resources to your staff.”

InnerSpace is working with  Maple Leaf Sports & Entertainment, Microsoft and Airbnb, among other companies. While the most demand has come from office users, Wu said there’s been interest in incorporating its technology in airports, warehouses and industrial spaces, restaurants and retail outlets.

“These are all areas where we know there are opportunities, but being a company with finite resources we tend to focus on our biggest opportunities, which right now is in the corporate office space.”

While security and privacy have become increasingly big concerns to companies in recent years, InnerSpace doesn’t collect or maintain any personally identifiable information and can present data in a way that people can’t even infer the identity of an occupier.

It uses one-way encryption that can’t be recovered from InnerSpace’s platform and data is only analyzed in aggregate.

People have been working in bubbles during the pandemic and will likely have some social anxiety about returning to offices. InnerSpace believes it can help them feel more comfortable when they do.

InnerSpace has an application, which companies that have an existing employee app can integrate, that helps employees understand what the workspace situation is like at that point in time. It can also provide digital content and signage that tells people what spaces are available or not busy.

“If you no longer have an assigned desk, you’re going to spend some amount of time every day, or even potentially every time you leave your desk to go to a meeting space or go to lunch, trying to decide where you’re going to work next,” said Wu.

“So anything that can put data in front of the employee that can help them solve that problem more quickly will increase productivity.”

Steve McLean Commercial Market Trends National May. 28 2021
Steve McLean Business reporter
Steve is a veteran writer, reporter, editor and communications specialist whose work has appeared in a wide variety of print and online outlets. He’s the author of the book Hot Canadian Bands and has taught reporting to college students. He is based in Toronto.