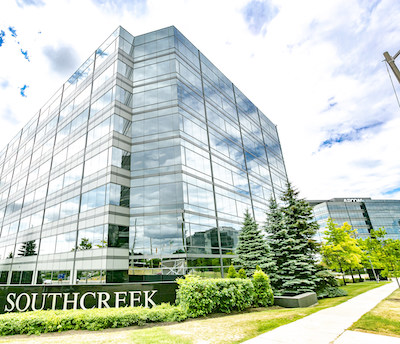 Soneil Investments’ acquisition of Markham office towers at 55 and 105 Commerce Valley Way was one of the largest transactions during Q1 2021 in the Greater Toronto Area. (Courtesy Soneil Investments)

Activity picked up in the latter half of 2020 after being put on hold for a few months after the onset of COVID-19 and its accompanying restrictions, and that momentum has continued through the first part of 2021.

“The reason why we see continued activity this year is that investors are implementing and carrying out their core and non-core asset repositioning, with acquisitions or dispositions,” Ray Wong, vice-president of data operations for Altus Group‘s Data Solutions division, told RENX about the information his group collected.

“People are a little bit more optimistic and sense that the economy is starting to move in the right direction.”

A bid-ask gap still exists between what sellers are looking for and what buyers are looking to pay, but Wong said it has narrowed a bit compared to 2020.

“Any time there’s uncertainty in the marketplace, that’s where you see delays, especially with the disposition of some assets. Vendors want the highest price possible if they’re not under pressure to sell.”

Here’s how Q1 2021 compared to Q1 2020, before the pandemic made its biggest impact on the Canadian commercial real estate market:

– Industrial, commercial and investment land was up 74 per cent to $790 million. 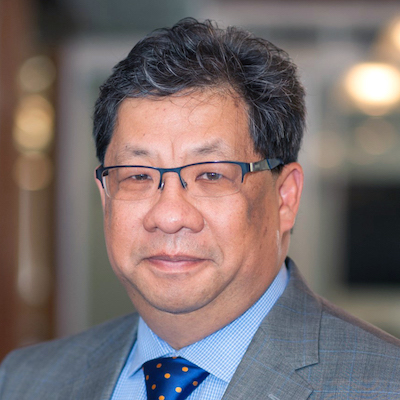 Residential land continues to lead transactions, which shows the demand for future housing and development.

In addition to having the highest increase and second-highest volume, industrial was the only asset class that saw rental rate increases in 2020. Those increases are expected to continue in 2021.

Interest is picking up in industrial land in the eastern part of the GTA, since there’s more of it to choose from and prices are lower than in the western end. The extension of Highway 407 and other infrastructure investments are also making the region more appealing, according to Wong.

“Multires is very sought-after, but the challenge is finding product,” said Wong. “The number should be higher than what’s showing in the market.”

Private investors are looking for opportunities to take advantage of softness in retail real estate due to store bankruptcies and closures.

“While there was still uncertainty about retail in the marketplace, activity was OK considering all of the negative comments about the sector,” said Wong. “It’s not the malls that are selling. It’s anything that has a redevelopment opportunity, or a type of higher and better use.”

Office availability and vacancy rates increased in the first quarter and questions remain around the sector with regards to what tenants will do about bringing employees back into offices and how much space they’ll need.

The 1.44-acre 33 Yorkville Residences residential land site at 27-37 Yorkville Ave. and 26, 30 and 50 Cumberland St., just north of Bloor Street West and west of Yonge Street, was sold for $300 million on March 29 in a distress sale from the Ontario Superior Court of Justice to PEM (Yorkville) Holdings Inc., which is affiliated with Pemberton Group.

The Yorkville property fell into receivership in March 2020 under Cresford Development Corporation, along with two other of its luxury condominium tower projects in the neighbourhood: The Clover on Yonge (now owned by Concord Adex, a subsidiary of Concord Pacific, which rebranded it The Gloucester on Yonge); and Halo Residences (purchased by 494 Yonge Street Inc., a real estate holding company managed by QuadReal Property Group), which is now being developed as a purpose-built rental project.

The 8.9-acre property has surface parking and two eight-storey office buildings built in 2000 that have tenants including AT&T, Avison Young and AECOM.

The Commerce Valley Drive property, located south of Highway 7 and west of Leslie Street, was previously acquired by the vendor in March 2012 for $105.99 million.

The property, located on the north side of Steeles Avenue East and east of Kennedy Road, has 12 buildings with a gross floor area of 261,581 square feet and a surface parking lot with 10 entrance and exit points.

Outlook for the rest of the year

As long as COVID-19 vaccines continue to roll out and the effects of the third wave of the COVID-19 pandemic don’t cause major disruptions, Wong expects more confidence and activity in the CRE market through the second and third quarters.

Don Wilcox Commercial Transactions Toronto / GTA Apr. 20 2021
Steve McLean Business reporter
Steve is a veteran writer, reporter, editor and communications specialist whose work has appeared in a wide variety of print and online outlets. He’s the author of the book Hot Canadian Bands and has taught reporting to college students. He is based in Toronto.