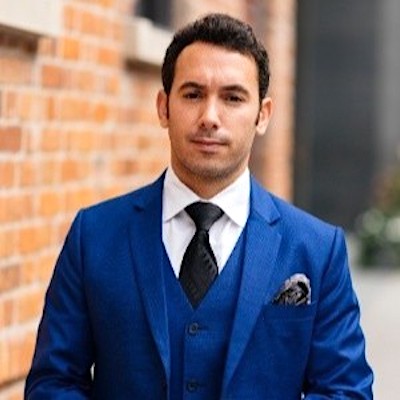 Jacob Iftah, managing partner of KIN Capital Partners, said the company, which was launched in January 2020, has identified a gap in the market on the equity side.

“The deal sizes that have happened in Toronto over the past 20 years (have) completely changed so family-oriented businesses like all the big developers we have in Toronto used to be able to buy a lot of pieces of land by themselves with friends and family they have, without really the need for capital,” he said.

“But one day, over time, those pieces of land got really expensive and require a lot of capital up front and the other thing that happened is a lot of those businesses have kind of gone through a transition of generations where the first or second generation is on its way to retire or already retired.

“The new generation wants to come in with its own capital relations, with its own extension point for the business.

“We found there was a very large gap in that market. We wanted to fill it.”

Mivtach Shamir Holdings, a publicly traded multinational conglomerate holding company, is partnering with KIN to build a platform that will provide Israeli institutional capital access to the “superior” risk-adjusted returns of the Canadian real estate market alongside top-tier developers.

The partnership is expected to close its first three deals in the near future with a large pipeline of deals projected to close later in the year.

“They believe in long-term. When we presented the Canadian real estate market opportunity to them, it was something that was very compelling to them,” said Iftah. “We’re investing also in the States. We obviously know Israel, we know other parts of the world.

“First of all there’s no better place to live in the world than Canada. The data points to that. . . . When you see the fundamentals that everyone wants to come here, then the byproduct to that is you need to build a lot of housing.

“We’ve built this platform to serve the growing capital needs of real estate developers in Canada due to the substantial growth in deals’ size and market demand.

“Over recent years, Toronto’s real estate market has started to attract global institutional investors due to its favourable fundamentals and has been elevated on the world stage as a significant opportunity.”

Plans for a dozen deals within a year

Since it launched, the partnership has committed to three deals. Iftah said the plan is to deploy 10 to 12 deals this year with a particular focus on transit-oriented GTA development on larger mixed-use, residential development.

He said the focus is the segment of housing development that is providing more affordable places to live for homeowners.

The current three deals amount to about six million square feet of projected density. Iftah said the partnership will announce details in the near future.

“We’re thrilled to kick off this partnership and to be working with the creative and well-connected team at KIN Capital Partners who are on the front lines of creating opportunities and value within the Canadian real estate eco-system,” said Guy Shamir, deputy CEO, Mivtach Shamir Holdings Ltd., in a prepared statement.

The two partners will be investing in ground-up development projects.

“Our focus right now is to acquire land through various stages. The deals that we are looking to bring to the investment community now, they’re deals that are fully zoned and going through the sales cycle in order to start construction,” said Iftah.

“We’re happy to be anywhere in that kind of timetable from completely unzoned to zoned. We’re happy to take that as long as it reflects the returns.

“Toronto has an enormous opportunity for growth and we really want to position ourselves as Canadian, not necessarily as Toronto-based, and see opportunities in markets like Montreal and Vancouver, potentially even Ottawa.

“The reality is we need very strong local expertise similar to the one we have in Toronto. We can create diversification in three ways; either geographical, asset class or move down the cap table and start investing in more of a hybrid product. We’re looking at all three and I think eventually we will diversify to all three . . .

“But right now, the immediate future is really focused on the GTA, ground up with absolutely top-tier sponsors. We’re much more sensitive to who we are investing with compared to the type of deal it is.

“We’re very sponsorship-driven in that sense and that will not change even if we extend beyond Toronto or even if we will extend to other asset classes or down the cap table.”

Kathy Kerr Residential Development British Columbia May. 25 2022
M
Mario Toneguzzi Business reporter
Mario Toneguzzi, based in Calgary has 37 years of experience as a daily newspaper writer, columnist and editor. He worked for 35 years at the Calgary Herald covering sports, crime, politics, health, city and breaking news, and business. For 12 years as a business writer, his main beats were commercial and residential real estate, retail, small business and general economic news. He nows works on his own as a freelance writer and consultant in communications and media relations/training.