Investors in Canada’s multiresidential market should expect rent controls to tighten in the next... 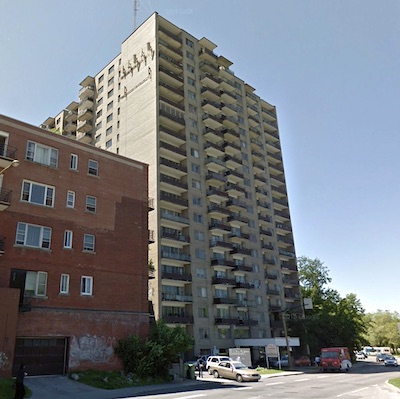 Investors in Canada’s multiresidential market should expect rent controls to tighten in the next few years as “governments are on the bandwagon” about housing affordability, says Martin Tovey, senior vice-president investments at Minto Properties and Minto Apartment REIT (MI-UN-T).

As tenants represent 50 per cent of the country’s voter base, “don’t be surprised if rent controls bite us in the next election cycle in just about every province, probably with the exception of Alberta,” Tovey said.

He was one of the speakers at a session on multires investing at the Quebec Apartment Investment Conference March 23 at Montreal’s convention centre.

Affordability has become a big political topic and there will be more discussion about the issue in the multifamily sector, added Strachan Jarvis, executive director of real estate investment management at Hazelview Investments.

“The politicization of multifamily or housing is going to become more and more of a consideration.”

While a potential increase in government regulation weighs on the minds of multires investors, it hasn’t yet cooled the ardour of panelists for properties in Quebec – and particularly Montreal.

Minto entered the Montreal market in 2019 with the purchase of the Rockhill Apartments. It has continued to grow in the city with the acquisition in late 2021 of the 261-unit Le Hill-Park at 4530 Chemin de la Côte des Neiges, for slightly over $80 million.

Montreal “certainly is on our radar screen,” said Tovey. “Three years ago, we didn’t have anything” and now the trust has just under 2,000 units. “We’d love to buy more (but) we are a very focused, opportunistic buyer. We won’t just buy anything. It has to make financial sense.”

Minto is focusing on staying close to the core and concentrating on high-rise concrete buildings that can be repositioned.

Such expenditures don’t offer much opportunity to increase rents but create plenty of aggravation for residents, leading to requests for rent rebates, tenants moving out or not paying.

“The vendor had done a lot of heavy lifting,” Tovey said. “All those things that are really disruptive from a resident perspective we didn’t have to do.”

Minto also saw an opportunity to add value by renovating units and common areas, such as corridors.

Asad Hanif, vice-president acquisitions at InterRent REIT (IIP-UN-T), said InterRent bought 200 units in Montreal in 2021, but would have liked to acquire many more. “We bid on a lot of stuff, but unfortunately it didn’t win the day.”

InterRent has about 3,000 units in Montreal, all on the island and in core locations.

He highlighted the company’s $69-million acquisition in 2019 of Le Nouveau Colisée at 235 Sherbrooke St. W., a 21-storey building with 293 units in downtown Montreal.

Aimed at young urban professionals and students, the property is currently undergoing an extensive renovation, with common areas and amenities being redone and suites renovated on turnover.

The property is “a typical value-add play that we’ve done in Montreal over the past few years.”

Despite the fact office vacancies downtown are currently high and international students have not yet returned in force, “we’re quite bullish on Montreal and our downtown location and we fully believe we’re turning a corner,” Hanif said.

“I remain bullish on Canada and Montreal, Toronto and Vancouver, specifically,” he added, noting there are not many countries with three major cities that tick all the boxes of having freedom of the press, a highly diverse population base that speaks several languages, is open to immigrants and has universal health care.

Hazelview “quite bullish” on Montreal

Jarvis, who noted Hazelview Investments has about 25 buildings in Montreal with more than 3,200 units, discussed the company’s purchase of 4545 and 4550 Walkley Ave. in Notre Dame de Grâce, west of the downtown core.

Hazelview repositions buildings like those on Walkley to try to drive value, Jarvis said.

“Walkley, we thought, was a great opportunity to scale our operations in Montreal. To this day, we’re quite bullish on Montreal. We’d like to do more in Montreal,” but there is an increasing amount of capital chasing opportunities in the city.

Jamie Steinmetz, director of acquisitions at Canadian Apartment Properties REIT (CAR-UN-T), noted that CAPREIT, which has 1,000 units in Quebec, mostly in Montreal and Quebec City, has been modernizing its portfolio in recent years.

One such modernization came with its acquisition of Les Belvederes sur le Fleuve, a 260-unit riverfront property built between 2012 and 2015 in Beauport, near Quebec City.

During the COVID downturn, Quebec City was one of the company’s best markets in terms of prompt rent collection and net operating income, he said. “Given our mandate to get new, it was one of our priorities to grow in this market and we’re really happy.”

The company also recently purchased the Joia portfolio – six properties from the Cons family, all located in Montreal, St. Hyacinthe and Laval. It consists of 516 units built between 2017 and 2021, with a mortgage of $55.5 million.

“What we really loved about this portfolio was the diversification,” with some buildings more affordable, some more luxurious and all in very different locations.

“We really loved this portfolio,” Steinmetz said. “It’s helping us grow from two per cent new in Quebec to 10 per cent of our portfolio here (being new), with aspirations to continue to grow.”

2021 the ‘Year of the suburbs’ in Montreal apt. investment

Steve McLean Commercial Market Trends Greater Montreal Mar. 31 2022
D
Danny Kucharsky Business reporter
Danny is a multiple award-winning journalist based in Montreal, who has written for about 75 magazines and newspapers in Canada and the U.S. His credits include The Globe and Mail, Montreal Gazette, Maclean's, Chicago Tribune and a wide variety of business, specialized trade and medical magazines. Danny was also the Montreal correspondent for Marketing Magazine for several years.