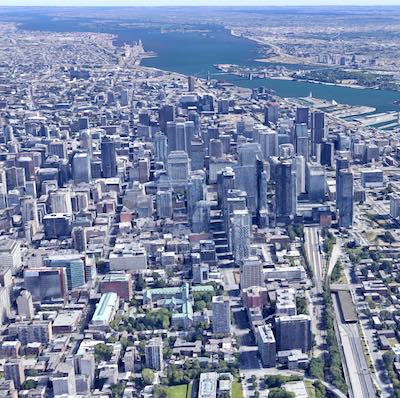 Participants in a ULI Toronto forum heard that Montreal has been on a two-decade commercial real estate bull run. (Google Maps)

Montreal has recorded the highest gross domestic product growth and lowest unemployment rate in Canada, which has at least been partially driven by a 20-year bull run in the commercial real estate market.

Urban Land Institute Toronto held a March 21 webinar involving executives active in the market and they shared their knowledge and opinions to give people outside of Quebec’s largest city an overview what’s happening.

Total investment activity in 2021 was $10.5 billion, up from $8.8 billion in 2019 and $7 billion in 2020. To put that into perspective, last year’s total was less than one-third the amount of activity in the Greater Toronto Area and about two-thirds of the investment in Metro Vancouver.

For Montreal, however, it was an impressive total.

“It was a record year from the point of view of transactions, as well as total investment volume,” said Pricop.

Apartments led the way with $3.97 billion in transactions.

The industrial availability rate continued to be tight last year at 3.1 per cent, and demand is expected to continue to outpace supply.

“The pandemic definitely had an impact on the availability rate, but also the limited inventory,” said Pricop. “Everybody wants a piece of it.”

There was approximately five million square feet of industrial space under construction in Montreal in Q4 2021. Of that, 58.8 per cent was available to lease. Just 10 per cent of the industrial space completed in the quarter was still available.

“We are seeing a few suburban areas that are booming at this very moment, including the South Shore,” said Pricop. “Some markets are emerging because of the availability of industrial land, but also more affordable industrial land.”

Industrial rents also continue to climb, with net rents up to $9.81 per square foot.

Pricop said sublets haven’t increased substantially and tenants are redesigning, repurposing and rebranding spaces to attract people to return and create a collaborative culture as opposed to dumping the real estate.

The office availability rate is expected to hold steady. Some tenants have increased space for physical distancing, while others have also considered smaller satellite offices closer to where employees live.

While hybrid work-from-home models will continue, more employees are expected to return to offices in the second half of this year.

There was approximately four million square feet of office space under construction in Montreal in Q4 2021; 46.5 per cent of it available to lease. Procop noted companies are interested in moving into new buildings with the latest amenities and certifications.

While Montreal has always had good post-secondary education institutions, many students left the city after graduation. That has now changed and the city is more attractive to investors and companies. 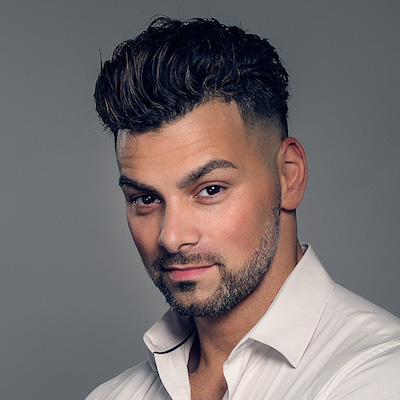 Tsoumas believes Montreal had an inferiority complex for many years compared to Toronto, but said the most recent mayors have done a good job of promoting Montreal as a globally viable city.

He also noted Montreal has always had plenty of unused land that’s now opening up and fuelling industrial growth.

“Major tech companies have turned Montreal into a tech hub, which also helps our economy grow and flourish and feed all of the other aspects of the city, and that has had positive effects on the residential sector,” Hetu said.

“So if you fast forward to today, we now see home prices that are 20 per cent higher year over year. You’re seeing robust construction that hasn’t been seen since the ‘60s during our last construction boom. Moving forward, I think we’ve never been in a stronger position than we are now.”

Potvin said a master plan was created in the 1990s to establish an identity for Montreal that has involved and benefitted office buildings, universities and architectural firms. The city has retained its distinct neighbourhoods, but has built links between them, which makes it more attractive.

Tsoumas said Montreal’s industrial market was on the upswing and rents were increasing pre-pandemic, before a pause in the first few months as COVID-19 spread.

E-commerce then exploded and demand for distribution space rose rapidly.

“Montreal, up until recently, had almost no new product on the industrial side,” said Tsoumas. “There are a few big developers in the city, but we very rarely in the past ever built on spec.

“So this $10-a-foot rental rate is frankly for class-B and C industrial, and we’re talking about an increase of almost $3 a foot versus brand new product that was being developed in 2015 and 2016.”

Impact of the REM on Montreal

The 26-station, 67-kilometre REM is expected to have a continuing impact, as areas once thought of as too far from Montreal’s core will be easier to access. This should boost development and add vibrancy to the suburbs.

The REM’s first phase, which is under construction, should connect Montreal’s South Shore and downtown later this year. Other branches, including a connection from Montreal-Trudeau International Airport to downtown, will gradually be put into service after that.

“There are lot of opportunities in the future with all the land you can redevelop,” said Potvin. “There will be an important shift in our city.”

Hetu said the REM is opening up new markets on the West Island, the North Shore and the South Shore for multiresidential property investors.

Hetu said the pandemic has positively impacted Montreal’s housing market since people have been spending more time in their homes and value them more, whether they’re single-family dwellings, condominiums or purpose-built rental apartments.

“That’s very positive for home values and condo values, and then subsequently the values of multiresidential investment properties.”

However, this has also led to increasing housing affordability issues. Hetu said the average price of a Montreal home has risen 20 per cent year-over-year to $546,000.

“They will need more affordable forms of housing, whether it’s condominiums or whether it’s rental apartments, so that will translate into more robust construction because there will be a need for this type of housing,” Hetu said. “Now the challenge will be where this product will be built and how it will be built.”

Demand generators include access to academic institutions, hospitals, green spaces and public transit, while buildings should be amenity-rich to help create a sense of community, according to Hetu.

He remains bullish on the multiresidential market and believes population growth will continue to outpace housing supply.

“The idea is to accommodate fast occupancy by tenants,” said Arbique. “By pre-building, you make sure that you invest intelligently, but you also accommodate what the tenant is looking for.”

Tsoumas said residential rental rates are fairly stable outside the downtown core and Montreal benefits from having lower development charges than other major Canadian cities.

The evolution of retail

Arbique said retail was transforming before the pandemic, but the increasing importance of e-commerce has hastened that.

“This impacted and resulted in the need to reposition the footprint of stores and shopping centres, but also to transform a typical store into a brand recognition platform rather than just a shopping platform.”

Fashion retail got hit hard by the pandemic, but Arbique said companies that adapted quickly to the new reality and the increased importance of e-commerce have seen sales skyrocket.

Many restaurants and food outlets are in a difficult position due to a lack of office workers patronizing them and inflated food prices cutting into profits, according to Arbique.

Potvin said the revitalization of Sainte-Catherine Street, one of Montreal’s main retail and commercial thoroughfares, has made it more pedestrian-friendly and enhanced the shopping experience.

Tsoumas said many Montreal retail properties sit on valuable, well-located sites that can be redeveloped and intensified.

Danny Kucharsky Commercial Transactions Ottawa Mar. 24 2022
Steve McLean Business reporter
Steve is a veteran writer, reporter, editor and communications specialist whose work has appeared in a wide variety of print and online outlets. He’s the author of the book Hot Canadian Bands and has taught reporting to college students. He is based in Toronto.