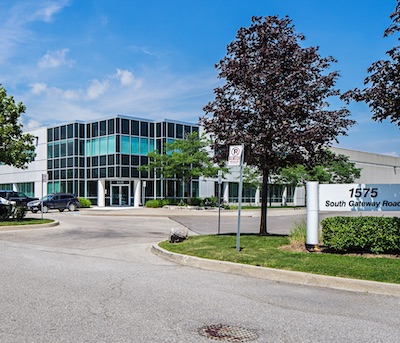 KingSett Capital has acquired a 21-building industrial portfolio in the Greater Toronto Area (GTA) for $461 million from Sagitta Development & Management.

KingSett used its open-ended core Canadian Real Estate Income Fund and its KingSett Real Estate Growth LP No. 7 to make the purchase, which was brokered by Colliers.

“At KingSett we’re very much focused on finding the right fund and the right strategy and marrying those two things,” managing director of industrial investments Matt Johnson told RENX, adding the portfolio included a variety of building and tenant types so some fit in one fund better than another.

The buildings total 1.47 million square feet of rentable area and are 99 per cent occupied by 44 tenants. In-place rents are about 55 per cent below market rate and the weighted average lease term is 3.8 years.

Seventeen of the properties are in Mississauga, clustered around the interchanges of Highways 401 and 403/410.

“In my opinion, that’s the best location for an industrial property in Canada,” Colliers executive vice-president of national investment services Victor Cotic told RENX. “You’re very close to the airport and you’re very close to those highways that are north-south and east-west arteries of the city.”

Three of the properties are in Oakville close to the Queen Elizabeth Way and Third Line interchange. One is in Etobicoke near Highways 401 and 409.

Price was below replacement cost

Sixteen of the buildings are single-tenanted and five are multi-tenanted. They range from 22,373 to 161,055 square feet, which Cotic said is attractive to investors.

“It’s incredibly expensive to replace and build a building of that size. With economies of scale, as you get larger, it’s more cost-effective to build those buildings. Pretty much all of the buildings being built in the GTA are over 200,000 square feet, so nothing’s really being built of this size.”

Johnson said the prime locations of the properties were their biggest selling points, but he agrees with Cotic about the attractiveness of the building sizes.

“So I would say it was a good confluence of buying below replacement cost, excellent locations and a profile of tenants and leases in place that were well below market on the rental side. In many cases there’s potential to sell units, as they become vacant, to end users.”

Cotic said it was decided early on to sell the properties as one large portfolio and not break them up into smaller groups. The portfolio was on the market for 45 days and there was strong interest from institutional investors and REITs. It was sold after multiple rounds of bidding.

“All of the groups that were at the table were extremely qualified and knowledgeable of this market and comfortable with a deal of this size,” said Cotic.

“We tried to offer the vendor certainty with our offer,” said Johnson. “It was a very quick period between when it came to market and when we closed, for such a large portfolio.”

Cotic believes this is the second-largest industrial transaction in GTA history. Artis REIT sold a 26-property industrial portfolio with nearly 2.5 million square feet of gross leasable area to Pure Industrial for $724.38 million in 2021.

The buildings KingSett now owns were primarily constructed in the 1980s and ’90s and are in good shape, according to Cotic.

“We’re active managers and in both funds we’re hands-on and look for ways to create value,” said Johnson. “They’re well-maintained buildings and the quality was excellent. There’s not a lot of deferred capital, which is great. There’s nothing in particular that we need to go in and do immediately.

“It’s a matter of contacting tenants and figuring out what their needs are for the future and what their plans are and working with the tenants and their various strategies to create value.”

The properties were owned by members of Germany’s Otto family, who have multiple business and real estate interests internationally.

This includes Markham-based Park Property Management Inc., which manages 11,275 apartment units, and owns 10,141 of them, in Canada.

Park Property Management president Gerd Wengler oversees the business, founded by the late Werner Otto, on behalf of the family.

“The whole company in the ’60s was called Sagitta,” Wengler told RENX. “Then there was some restructuring and Park Property became the name for the residential apartment buildings and Sagitta stayed the name for the industrial.”

Sagitta will be wound down as a real estate operating company with the sale of the industrial portfolio as the decision was made to focus exclusively on the purpose-built rental apartment sector of the business.

“Our buildings are a little older and not the most modern, with the highest ceilings,” Wengler said of the industrial properties. “But they were great cash cows with no mortgages on them, so they were good to have. But it was a really great time to sell.”

Cotic explained why it’s such a great time to sell industrial properties in the GTA:

“The GTA industrial market availability rate of 0.7 per cent has such an imbalance toward landlords and vendors. I would think that a healthy market is somewhere around five per cent. We’re nowhere near a balanced market. It’s still very much a landlord’s market. That isn’t likely to change.”

“I don’t see a solution to that availability issue and I think that supply and demand imbalance is going to keep pushing up rents. We’re still seeing increases in rents despite a change in interest rates.

“Because of supply and demand imbalance, I don’t see that changing. I think we’re still on an upward trajectory.”

It now costs close to $400 per square foot to construct an industrial building, and those costs are likely to continue rising.

“Anything new that’s being delivered to the market is going to have a high asking rent or it’s going to be sold at a high price per square foot,” said Cotic. “I think the supply and demand imbalance and rising construction costs will insulate our industrial market and keep it as a sound long-term thesis for investors.”

Wengler’s company developed most of the buildings in the industrial portfolio and he provided an analogy between these properties and owning railroads in the game of Monopoly.

“They’re pretty good, especially if you own three or four of them and can get high rent. But you can’t really build on them. You will never win Monopoly by having railway stations. You have to own streets and put houses and hotels on them.

“Our industrial buildings were just like the railway stations in Monopoly. They were nice to have, but you will not win the game by just having them.”

Steve McLean Commercial Development Ontario May. 19 2022
Steve McLean Business reporter
Steve is a veteran writer, reporter, editor and communications specialist whose work has appeared in a wide variety of print and online outlets. He’s the author of the book Hot Canadian Bands and has taught reporting to college students. He is based in Toronto.