Small businesses were the first to sublease their office spaces, and now, seven months into the p... 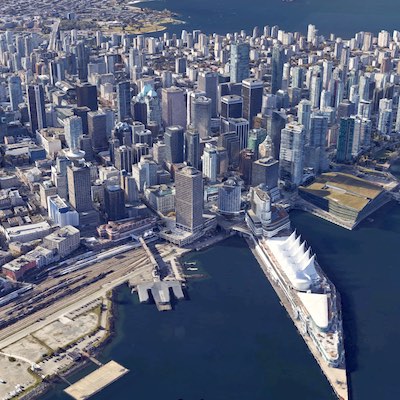 Small businesses were the first to sublease their office spaces, and now, seven months into the pandemic, bigger companies are starting to look to subletting, according to Colliers International senior vice-president Matt Carlson.

“What is interesting, and we’ve only seen it in the last few weeks, is more large companies are talking about subleasing, not because they’re doing poorly financially — but simply because they don’t have people in the space,” Carlson told a panel discussion on Vancouver’s changing office space as part of the Vancouver Real Estate Forum, held online Sept. 30 and Oct. 1.

Carlson gave the example of a discussion he’d just had with a company using 20,000 square feet for about 100 to 150 employees. Since the disruption of COVID-19, they might see 10 or so employees at work in the same space.

“They said, ‘Well, we have a great rate. It’s below-market, even in current times, but no one is coming into the office. Should we sublease for a couple of years, if everyone is working from home? Should we be a bit opportunistic, and then we can re-enter the market in a strong financial position before things recover, so to speak?’ So we are seeing that.

“Smaller companies, they were probably the first to act, because they were hit hardest, they had fewer cash reserves, they were the ones participating in government programs — they had to sublease. So a lot of that activity is starting to turn, meaning they’ve sublet and are working from home now.”

Tenants at about 20% occupancy

Panel members agreed that throughout all sectors of the Vancouver market, no matter the business type, offices are generally quiet, with few staff on site.

When employees do return to their workplaces, it’s averaging three to four days a week, said Carlson.

Meanwhile, some tenants are not renewing leases, choosing to work entirely from home, and others are wondering about right-sizing their spaces to adjust to their new needs, said Lim.

“A lot of companies say about 80 per cent of what they currently use might be the magic number.”

Carlson said while big institutional owners and landlords such as QuadReal have managed to fill their buildings and extend lease expiries, the pressure is on smaller landlords who are up against the subleases coming onto the market.

“There is actually significant pressure,” he said. “We have completed a few leases recently and it varies based on size, but we have signed a new lease in Yaletown for a tenant at $23 a square foot, a direct lease. A year ago, you wouldn’t have found anything below the mid-$30s, net, in Yaletown.

“I’m not sure where it’s heading, if that will continue or stay flat. But, we are seeing evidence of cheaper leases and heavily discounted subleases in some cases.”

Lim noted landlords are navigating a lot of uncertainty around rent.

“Certainly inquiries, tours and deals are markedly changed from where they were, say, before Christmas,” Lim said. “In a building that had zero vacancy for three years, it now has four vacant suites pop up.

“Is the market strengthening, stagnating or declining? I think it’s declining. The question we can’t answer is for how long. If a space was $40 (per foot), you might do it at $36 today. Wait longer and it might be $28, if the pandemic continues and the lack of demand continues — or you could be proven wrong if the market is to strengthen.

“It feels a lot quieter than it was before Christmas,” he added. “I don’t think you want to do a long-term large lease at a low point in the market as a landlord. But to fill some of that vacancy does have a cost.

“I think you could use the old demand-supply curve from Econ 100, that prices have to be coming down.”

Rank said the uncertainty comes down to the length of the pandemic, and whether it’s a question of months or a year or more before there’s a return to a normal work routine. It follows that demand, even for subleased spaces, would similarly be impacted.

“I would argue on one level that if this persists for that length of time and somebody throws something on the sublease market to see if somebody else will take it, then the argument should be, nobody is going back to work, so why are people taking office space — whether it’s a sublease at a good value or otherwise?” Rank said.

“In any event, the defence is, if people start coming back en masse in January and there’s a vaccine by next summer, then there is far less impact and far less to plan for.”

Stephen Smith, managing director, Western Canada, Manulife Real Estate, wondered if right-sizing space will be a concern for most businesses in the long term.

“Our portfolio across North America and in Vancouver is over 90 per cent leased with a weighted average lease term of about seven or eight years, and most of my counterparts have similar portfolio composition.

“No one can en masse give back space, so if people want to sublet space they can go down that road. But it will be a long time before people can right-size,” said Smith. “We have 15 per cent of leases turning a year, something like that. Those people in the next 24 months may have the opportunity to right size.

“But I think a lot of companies will come through the other side of this, and go, ‘It’s capital-intensive to right-size and to reconfigure my space. I can deal with flexibility pretty easily, that doesn’t really cost me anything. But I’m not going to do a lot around my office because I’ve got bigger priorities now, and the pandemic is behind me’.”

Lim looked back to the financial crisis of 2009, when tenants were looking at subleasing space, offering competitive terms that made it hard for landlords to compete. The deals didn’t last.

“Positive absorption started to occur until the new buildings were delivered in 2015, and I sense that may be coming, where some of that value of the sublease space will be harder for head landlords to compete with until it’s absorbed — and until, as Jeff (Rank) noted, we come out of the pandemic mindset.”

Carlson added that big businesses in particular would continue to need large space.

“They will be coming back to an office,” he said. “When I see Amazon is hiring 100,000 new jobs in North America, they’re clearly needing space because they won’t be onboarding 100,000 new people, warehouse or office, from home.

“It’s not reality. At some point, people are coming back — when is the big question.”

Right-size at the right time: Subleasing in light of COVID-19

Kerry Gold has spent more than a decade as a full-time freelancer, writing a weekly real estate and housing column for the Globe and Mail. She also writes investigative pieces for the Walrus, and has written for many other publications, including MSN, Yahoo, Maclean's, MoneySense, BC Business, the Toronto Star, L.A. Weekly and Variety. She spent the first decade of her career at the Vancouver Sun as a music critic and reporter. She also writes books on business, music and food.