Canadian multires transactions ahead of 2020 pace

Transaction talk was the focal point of one of the panels at the recent virtual Canadian Apartmen... 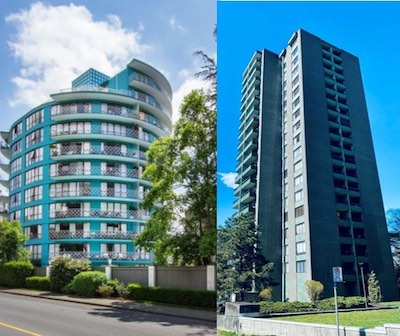 Transaction talk was the focal point of one of the panels at the recent virtual Canadian Apartment Investment Conference.

Moderator and Fiera Real Estate vice-president of investments Paul Macchione led the proceedings with four executives who shared their views on various aspects of the market.

“Based on the pipeline of firm deals and contingent deals across the country, we expect 2021 to finish ahead of what we observed last year,” said Hetu.

Transactions for the past three years were also broken down by investor type.

Hetu believes institutional investors will be more active in the closing months of 2021.

Goodman Commercial Inc. principal Cynthia Jagger focuses on multifamily and development site sales in Metro Vancouver, and she provided some statistics on the city’s apartment market.

The average age of purpose-built rental stock is 64 years. The average vacancy rate in 2020 was 2.6 per cent and the average monthly rent was $1,508.

That $1.64 billion surpasses the totals for virtually every year during the past decade, with the exceptions of 2017 and 2018, according to Jagger. Of the 94 transactions, 18 involved high-rise buildings, about double the volume of past years.

Jagger said Goodman typically has 15 to 20 listings in the fall, but that rose to 35 last year as a number of owners decided to sell due to rental rate freezes, increasing expenses and upcoming capital expenditures they didn’t want to spend money on.

“There are lots of sellers and lots of buyers. We’re seeing a lot of first-time buyers that we’ve never seen before that may have sold their software company for $100 million and want to invest in something super stable,” Jagger said.

“Multifamily proved itself out during the pandemic as being extremely stable.”

Goodman has been involved with 24 transactions worth $506 million this year, predominantly with local private buyers, according to Jagger.

“We’re seeing a lot of buyers coming from the rest of Canada that are converging on Montreal and Quebec City as well as in the Ottawa region in Gatineau.”

The average price per unit sold from the beginning of 2020 through mid-September in Montreal was $137,000, with a range between $90,000 and $300,000, according to Samial (the conference took place prior to this week’s major 30-building acquisition announcement by Centurion Apartment REIT).

There was an eight per cent increase in prices last year and there’s been an increase of 10 per cent so far this year.

“People are buying value-adds with great potential to increase the revenues,” said Samial.

“A lot of the inventory that’s existing right now in Quebec and Montreal is not refurbished and not renovated, but there’s a large appetite for tenants to pay higher rents to get renovated units.”

The average age of apartments in Montreal is more than 50 years and many are much older downtown, with new builds more common on the outskirts of the city.

Only two per cent of the market is comprised of buildings of 76 units or more.

“We have a lot of small buildings here in Quebec and most of the portfolios that are sold are for an ensemble of buildings that are usually in the same neighbourhood,” said Samial.

“There’s a lot of competition for the 12- to 75-unit range, which represents about 25 per cent of our market.”

Samial said many buyers are coming from smaller buildings and upscaling into 12- to 75-unit buildings. Since the beginning of 2020, 65 per cent of transactions involving apartment buildings with fewer than 100 units involved private buyers.

Most mid-market buyers are already Quebec portfolio owners refinancing existing properties at low interest rates and buying whatever they can that makes sense, said Samial.

“Every three months we’re seeing massive refinancing and then you’re seeing that money being injected into the market so the sales are increasing and the loop is turning over and over. It’s turned over twice in the past year-and-a-half.

“There’s a lot of money in the market and I’m going to be very interested to see exactly how much is going to be invested and re-invested into existing properties for refurb versus investing in new build.”

Some outside investors are putting money into existing groups that have been purchasing apartments in Quebec over the past few years, according to Samial.

He said there’s also been an increase in new buyers, primarily professionals teaming up and pooling their money.

Hetu said the most active REITs in Quebec have been Centurion, InterRent (IIP-UN-T) and CAPREIT (CAR-UN-T).

“It’s the wall of capital from excess savings combined with a lot of government intervention introducing more capital into the world and there’s a need for that capital to live somewhere safe and yield-driven.

“When you talk about safe, Canada certainly fits that bill. You have a great system of law and you’re not going to have some generalissimo telling you they own the property instead.

“That said, it’s trickier for cross-border investors at times to access the Canadian market.”

Since 2011, about 10 per cent of commercial real estate investment in Canada has been from outside the country, according to Costello.

That number is closer to 13 per cent in the United States. However, foreign investment can have an outsized impact in Canada due to the relatively small market compared to the U.S. and other more populous countries.

“There have been periods where 35 per cent of all investments has been cross-border money into Canada,” said Costello.

“But it’s harder for these investors to do this consistently because Canada is a less liquid market overall in the sense there are fewer properties that trade every period.”

Steve McLean Residential Affordable Housing Sep. 29 2021
Steve McLean Business reporter
Steve is a veteran writer, reporter, editor and communications specialist whose work has appeared in a wide variety of print and online outlets. He’s the author of the book Hot Canadian Bands and has taught reporting to college students. He is based in Toronto.