Nexus REIT is moving closer to being listed on the Toronto Stock Exchange (TSX), but has remained... 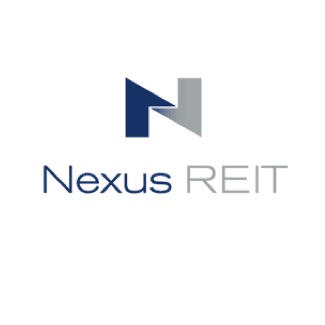 Nexus REIT is moving closer to being listed on the Toronto Stock Exchange (TSX), but has remained active with transactions and future plans while en route to that graduation.

The TSX has conditionally approved the listing of Nexus’ units, providing the REIT fulfills its requirements by Jan. 26. This includes the distribution of the real estate investment trust’s securities to a minimum number of public unitholders.

“We believe this move will increase the marginability of our units and bring exposure to a much larger investor base, which should result in positive momentum for our unit price,” chief executive officer Kelly Hanczyk said during a Nov. 17 conference call to talk about Q3 2020 results.

Nexus (NXR-UN-X), which has offices in Oakville and Montreal, intends to complete a four-to-one consolidation of outstanding units concurrent with its graduation to the TSX. The REIT, created through combining Nobel REIT and Edgefront REIT in April 2017, now trades on the TSX Venture Exchange.

Nexus completed the previously announced $13.75-million acquisition of a 95,180-square-foot single-tenant industrial building on a 10-acre property in Balzac, Alta. on Oct. 1.

The purchase price was partially satisfied through the issuance of 2.75 million Class B LP units of a subsidiary limited partnership of the REIT at two dollars per unit, which are convertible to REIT units on a one-to-one basis.

The REIT is under contract to acquire a 50 per cent interest in an Ajax, Ont. industrial property with approximately 500,000 square feet of gross leasable area for $28.5 million. The purchase, which will be made with the proceeds of new mortgage financing and cash on hand, is expected to close by the end of the year.

Nexus has also contracted to acquire a 95,000-square-foot single-tenant industrial property in Moncton, N.B. with a strong credit tenant for $8 million. Forty per cent of the purchase price will be satisfied by issuing units for two dollars each. The transaction is expected to close in December.

Hanczyk said most acquisitions will continue to be unit-based. As Nexus’ unit price has been slowly increasing, he expects that will open more opportunities to make deals.

“Upon completion of these transactions, our percentage of NOI (net operating income) from industrial assets would increase from approximately 58 per cent to 60 per cent, which is moving us closer to our target range of about 75 per cent from industrial,” said Hanczyk.

Achieving that goal will be accomplished through both industrial acquisitions and retail dispositions. Hanczyk doesn’t expect Nexus will purchase any more retail properties.

“We’re in discussions on additional acquisition opportunities and we’re very hopeful that 2021 will be a solid year of growth on the acquisition side.”

The REIT is also looking to divest excess land now occupied by a parking lot on a property just outside of downtown Montreal. It’s close to negotiating a purchase and sale agreement with a Montreal developer, but the deal has conditions dependent on zoning and planning issues being resolved.

The value of the property, if the sale goes through, is expected to be in the range of $10 million.

Nexus has decided to hold off on selling a large, non-enclosed, strong covenant retail centre in Victoriaville, Que. since it has had strong leasing activity and performed well since it was acquired in 2017. The property will be refinanced soon.

“What you have on the buying front are guys that are looking for crazy deals or are low-balling offers, so we’ve decided to pull it off for now until things get under control,” said Hanczyk.

“It has value. It’s well-anchored, but the buyers of retail I think are out there trying to find huge discounts. It’s something that in 2021, as things stabilize hopefully with COVID, we’ll revisit it and look at it then.”

Rent collections remain strong due to the heavy industrial weighting and retail composition of Nexus’ portfolio. Approximately 60 per cent of the retail portfolio is occupied by Canadian Tire, Metro, Dollarama, Provigo, the federal government and other drug and grocery tenants.

“The retail portfolio has been very stable quarter-over-quarter and has actually been very resilient with new leasing activity, even during these times,” said Hanczyk, who noted the retail occupancy rate was around 90 per cent.

Nexus has a few office tenants coming up for renewals in the first half of 2021, which Hanczyk said could prove challenging due to the increase in the number of people working from home as a result of COVID-19.

Chiasson expects the space requirements for most of Nexus’ industrial tenants to remain the same.

Nexus’ debt-to-total-assets ratio as of Sept. 30 was 47.7 per cent. It maintained a comfortable level of liquidity with $16.36 million of cash on the balance sheet and $5 million available on a credit facility.

Third-quarter normalized adjusted funds from operations (AFFO) per unit decreased by 2.6 per cent compared to the previous quarter. The normalized AFFO payout ratio of 82.4 per cent was up from 79.8 per cent.

CERS will provide rent relief to tenants by directly subsidizing up to 65 per cent of eligible expenses (rent, property taxes and property insurance), with an additional 25 per cent support for businesses that must close or significantly reduce operations under a public health order, bringing the maximum combined support to 90 per cent.

CERS is expected to operate on a sliding scale based on revenue declines experienced by tenants. It may benefit many Nexus tenants that didn’t qualify for CECRA.

“We’re hopeful that CERS can better support many of our tenants who did not qualify for CECRA, as they did not experience the revenue decline thresholds under that program,” said Chiasson.

Don Wilcox Commercial Market Trends National Nov. 13 2020
Steve McLean Business reporter
Steve is a veteran writer, reporter, editor and communications specialist whose work has appeared in a wide variety of print and online outlets. He’s the author of the book Hot Canadian Bands and has taught reporting to college students. He is based in Toronto.