Two Starlight funds have announced acquisitions of multiresidential properties in the U.S. cities... 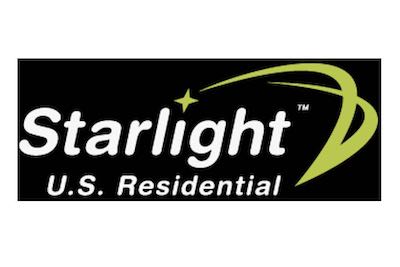 Two Starlight funds have announced acquisitions of multiresidential properties in the U.S. cities of Orlando and Raleigh, comprising 584 apartments, for $254 million (all figures Cdn).

The Starlight U.S. Residential Fund (SURF-U-X) acquired Eight at East in Orlando for $118 million. This is Starlight’s newest investment vehicle, having closed its initial public offering in November with $312 million in equity.

The Starlight U.S. Multi-Family (No. 2) Core Plus Fund (SCPT-A-X) has closed on its acquisition of 320 units in a low-rise, garden-style community in Raleigh for $136.3 million.

Eight at East is located in an Eastern Orlando suburb and was completed in 2017. It is comprised of 264 one-, two- and three-bedroom multiresidential suites in 20 garden-style two- and three-storey buildings on a 32-acre site.

“We are excited to add Eight at East, a high-quality, multifamily residential community located in one of Orlando’s strongest suburban submarkets with diverse demand drivers and significant growth potential.” said Evan Kirsh, the fund’s president, in the announcement.

“This property will help to further geographically diversify the fund’s portfolio by providing exposure to a robust, new market.”

The property was paid for via proceeds from the fund’s IPO  and new first mortgage debt of $82.49 million with an initial term of three years, subject to two one-year extension options.

Wellington, Fla.-based Bainbridge Companies will act as property manager. Bainbridge manages 3,000 units for Starlight across four markets including Hudson at East – located adjacent to Eight at East – a property which Starlight’s No. 2 Core Plus Fund owns and recently refinanced.

Following the acquisition, the U.S. Residential Fund will have interests in and operate a portfolio comprising 1,702 class-A residential suites in Austin, Tampa, Las Vegas and Raleigh as well as 91 single-family rentals in Atlanta.

Completed in 2002, the Raleigh property is located at 10311 Falls Mill Dr. and is comprised of one-, two- and three-bedroom multiresidential suites in 11 garden-style, four-storey buildings on a 16-acre site.

“The property is well situated in one of the most dynamic markets in the United States and will help to further geographically diversify the fund’s class-A portfolio,” Kirsh said in a separate announcement.

High 5 Residential of Nashville will manage the property. The company currently manages approximately 2,100 units for Starlight in Raleigh and Nashville.

The Falls Mill Drive property was paid for via proceeds of the Hudson at East refinancing and new debt of approximately $112.8 million, including $104.6 million of initial funding and $8.2 million of future funding for capital expenditures.

With this acquisition, the Core Plus Fund operates a portfolio comprising 995 class-A stabilized, income-producing multiresidential suites in Denver, Orlando and Raleigh.

Danny Kucharsky Residential Transactions Ontario Jan. 10 2022
Nicholas Sokic Business reporter
Nicholas Sokic is a freelance, Toronto-based journalist. He has covered a number of sectors, including business, finance, crypto, health, cannabis and culture. He graduated from Western University's Master of Media in Journalism and Communications program in 2019.