During the past month, TAS has both closed a round of funding and launched a formal framework for... 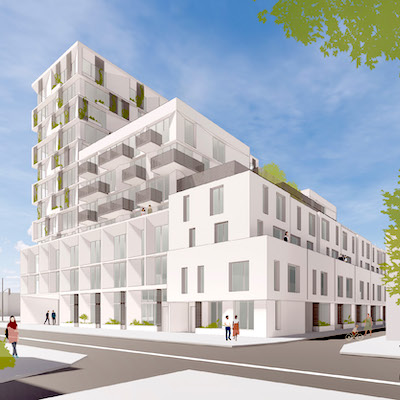 During the past month, TAS has both closed a round of funding and launched a formal framework for how its work impacts people’s lives. President and CEO Mazyar Mortazavi says those two activities help illustrate what the Toronto developer is all about.

“It’s profit with purpose,” Mortazavi told RENX. “That’s our view of the world. And we think this kind of approach is only going to help to give back to future generations.”

On June 3, TAS announced the closing of its third diversified real estate fund, TAS LP 3, after raising $116.5 million from a mix of family office and institutional investors. Mortazavi said the firm now has approximately $300 million in funds under management.

The money will be deployed to expand the company’s existing pipeline of Greater Toronto and Hamilton Area (GTHA) projects and deliver social and environmental impacts with and for communities through its development and value-add projects.

TAS began raising funds for TAS LP 3 in 2019 and expected to close it during 2020, but COVID-19 delayed the process somewhat. The company expects to acquire between six and 10 properties in LP 3.

One of those properties is an assembly bordered by Eastern Avenue, Knox Avenue and Sears Street in Toronto’s Leslieville neighbourhood that divides a residential area to the north and more industrial uses to the south. The site just east of the downtown core was acquired in early 2020 and is currently occupied by a mechanic and autobody workshop and a warehouse.

TAS is proposing the development of 157 new homes, with a mix of studios, one-, two- and three-bedroom units in an SvN Architects + Planners design that ranges from three to 12 storeys. It will have parking for 197 bicycles and 121 vehicles.

“We’re keeping our options open, but we’re quite keen on this being a rental building,” said Mortazavi.

The project will include sustainable building practices and heating and cooling systems designed to reduce environmental impact.

Ample natural light and cross-ventilation have been prioritized, with 55 per cent of units featuring two exposure frontages. More than 38 per cent of residents will be able to walk outdoors directly from their unit.

The development will also include a central courtyard and 10,000 to 15,000 square feet of commercial space that will serve the neighbourhood.

“As opposed to seeing it from purely as gentrification that drives displacement, our deep focus around this is how we seamlessly mix a range of housing types and integrate community-oriented commercial spaces and also provide ample opportunities for social connections,” said Mortazavi.

“This kind of integration is foundational to long-term resiliency. So for us the idea of impact is very multi-faceted in that we’ll be looking to deliver affordable housing and looking to drive commercial and light industrial uses, and then taking an integrated approach so that it acts as a community hub.”

The City of Toronto will host a public consultation regarding TAS’ plans this summer. Mortazavi anticipates construction starting in the fall of 2022 and for it to take two to three years to be completed. 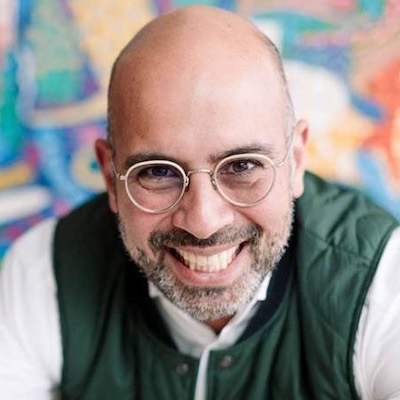 Primarily residential developments which have been completed by TAS include: DIA at 30 Canterbury Place in North York; and Duke at 530 Indian Grove, Kingston & Co. at 1100 Kingston Rd., M5V at 375 King St. W. and ZED at 38 Niagara St. in Toronto.

Its operational office and commercial developments include: 860 Richmond Street West, Eglinton Avenue West Block at 453, 481 and 491 Eglinton Ave. W., and The Planet at 1655 Dupont St. in Toronto.

TAS is partnered with BentallGreenOak on 299 Campbell Avenue, a 14-storey building with 236 purpose-built rental units, a Toronto Public Library branch and approximately 2,400 square feet of commercial space. The Teeple Architects-designed building in the Junction Triangle area is targeting late 2022 and early 2023 occupancies.

TAS and Fiera Capital are partners on The Keeley, a Teeple-designed 13-storey, 363-unit condominium at 3100 Keele St. About 90 per cent of the units are sold in the building that faces Downsview Park and connects to trails to York University. It should be completed next year.

Construction should start in 2022 on a large project on a five-acre site — north of a rail corridor, south of King Street West, adjacent to Fort York and close to parks. When completed, the 2 Tecumseth Street development will include approximately 1.2 million square feet of purpose-built rental units, for-sale condo units and affordable housing, as well as commercial, office, retail, light industrial, community and event spaces.

The development will include a 30-storey building, a 22-storey building, a seven-storey building and two two-storey buildings. There will be underground parking spaces for approximately 860 bikes and 400 vehicles. More than 62,300 square feet of public realm improvements and new parks, as well as a four-metre-wide bike path along the site’s southern boundary, will also be included.

Other TAS projects in development include: Connecting Cooksville in Mississauga; and 259 Geary Avenue, 38 Walmer Road, 385 The West Mall, 7 Labatt Avenue and 7 River Street and 888 Dupont Street in Toronto.

“We have about half-a-dozen sites under contract now that are going through various stages of diligence,” Mortazavi said of TAS’ acquisition pipeline.

“These are properties that span from Toronto all the way through to Hamilton. They’re a mix of development sites and income-producing properties.”

TAS is a Certified B Corporation, which means it’s legally required to consider the impact of its decisions on its workers, customers, suppliers, community and the environment. It launched its impact framework in mid-June to measure the delivery and impact of its environmental, social and corporate governance efforts.

“This was our commitment to both clearly articulating the work that we’re doing and driving deep accountability from within the organization and externally to all of our stakeholders to demonstrate the kind of impact we drive,” said Mortazavi.

“We can measure what we’re doing and then show the kinds of results that it’s having. The impact framework for us is the manifesto of what we do, how we do it and why it’s important.”

TAS has selected the Future-Fit Business Benchmark, which is grounded in the United Nations Sustainable Development Goals, to strategically anchor its framework. The benchmark is a self-assessment approach that equips companies to manage and improve their social and environmental performance.

“We’ve positioned what we do as being an impact company, as opposed to just doing impact projects,” said Mortazavi.

“The kind of city that we want and the kind of future that we want really requires a collective effort across our entire industry, and all of its various stakeholders in the city and the province, to be collectively thinking of how we drive deep resiliency long-term.

“We’ve been able to show consistently that this isn’t an approach where we’re looking to discount returns. We think we’re compounding our returns by having this kind of approach.”

Steve McLean Residential Development Toronto / GTA Jun. 17 2021
Steve McLean Business reporter
Steve is a veteran writer, reporter, editor and communications specialist whose work has appeared in a wide variety of print and online outlets. He’s the author of the book Hot Canadian Bands and has taught reporting to college students. He is based in Toronto.